Garry Gilliam ’09 enrolled at Milton Hershey School when he was seven years old. His mother, Thelma Shifflet, knew it was the best decision she could make for her young son. Living in Harrisburg and surrounded by violence, Thelma realized she wanted to give her son a life full of better opportunities.

“When he walked across that stage, I said to myself ‘I did something right.’ I made the right decision,” Shifflet said.

Garry excelled both academically and athletically at MHS and became one of the leaders of the class of 2009. He graduated MHS with honors and a full scholarship to Penn State University to play football for the Nittany Lions.

“Milton Hershey School helped me to focus on the right things—academics and sports. I got my life in line,” Gilliam said. “If you embrace the opportunities, it can definitely benefit anyone.” 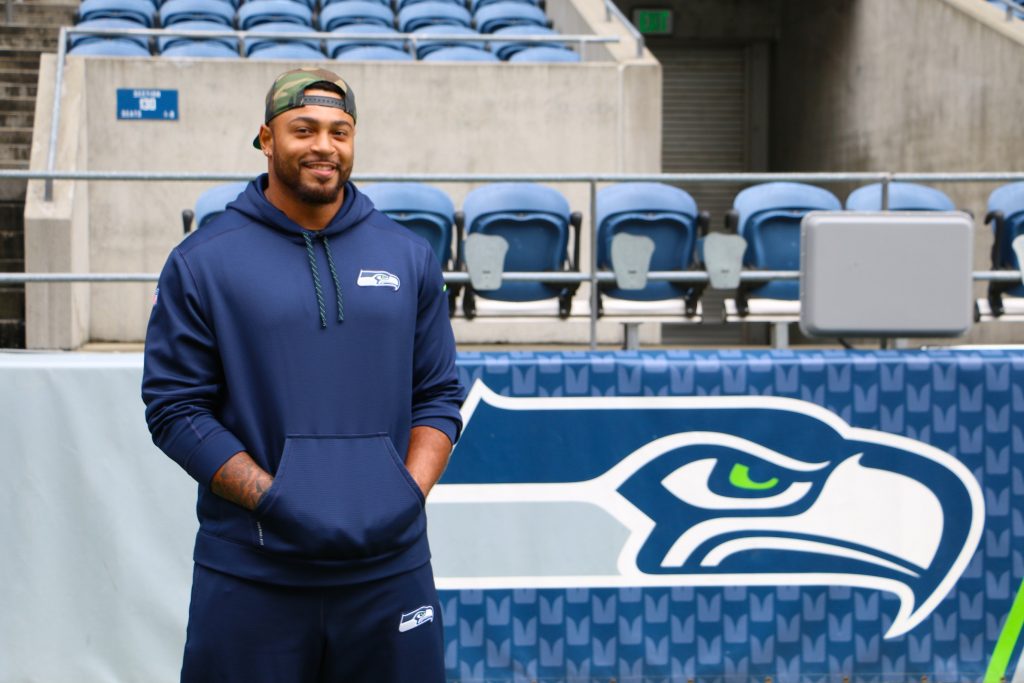 He later rose above what could have been a career-ending knee injury while playing football at Penn State. He powered through surgery and rehabilitation to make an amazing college football comeback, all while completing a double major in advertising/public relations and management and earning more than a 3.0-grade point average.

“If you truly believe in your heart you’re going to do great things, then you are going to,” Gilliam said. “There is no reason you can’t succeed. I chose to succeed.”

An undrafted free agent, Garry is an offensive tackle for the Seattle Seahawk’s 53-man roster who played in this year’s Super Bowl.

Garry has since visited MHS and encouraged students to persevere through their obstacles, set goals, and achieve them. Gilliam honored MHS with his Super Bowl jersey in February at a special assembly.

“It’s always nice to go back to MHS and give everyone thanks who helped me to get where I am today, whether it was a little role or a major role,” Gilliam said.