Doug Oliver ’93 has quite a resume. He served as communications chief for Philadelphia Mayor, Michael Nutter, he was an executive at Philadelphia Gas Works, press secretary for the PA Department of Public Welfare under Gov. Ed Rendell, adjunct professor at LaSalle University and just recently was a 2015 candidate for Philadelphia mayor.

Oliver grew up in the Germantown section of Philadelphia. He attended five different schools over an eight-year period before coming to Milton Hershey School in ninth grade. “It was at Milton Hershey School that I received access to quality education,” said Oliver.  “The opportunity changed my life.”

Oliver says he learned about brotherhood and camaraderie at Milton Hershey School. He says he also learned the value of discipline and accountability.

“MHS gives students a vision of what life can be and what it should be.”

“My high-school experience was transformative; Milton Hershey School changed the trajectory of my life.” 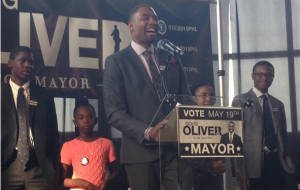 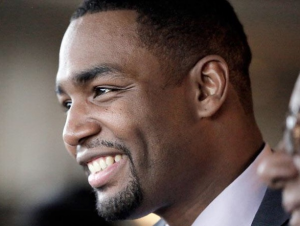