Bridget Corry Morse ’82 is a self-proclaimed “running nerd.” It’s a journey that started when she was a student at Milton Hershey School but has been laced into the details of her life—including her professional career.

“I’m a running nerd, but it’s more than that,” Bridget said. “Running cross country [at Milton Hershey School] made me confident. It gave me a community and it gave me a healthy mind. It’s the same principles at Back on My Feet. Running is just a small part of it, but it’s the most important part because it’s about community, self-confidence, a healthy body, and a healthy mind. Those things combined allow for us to then provide the job training, financial literacy, and everything else to build others up to be successful.” 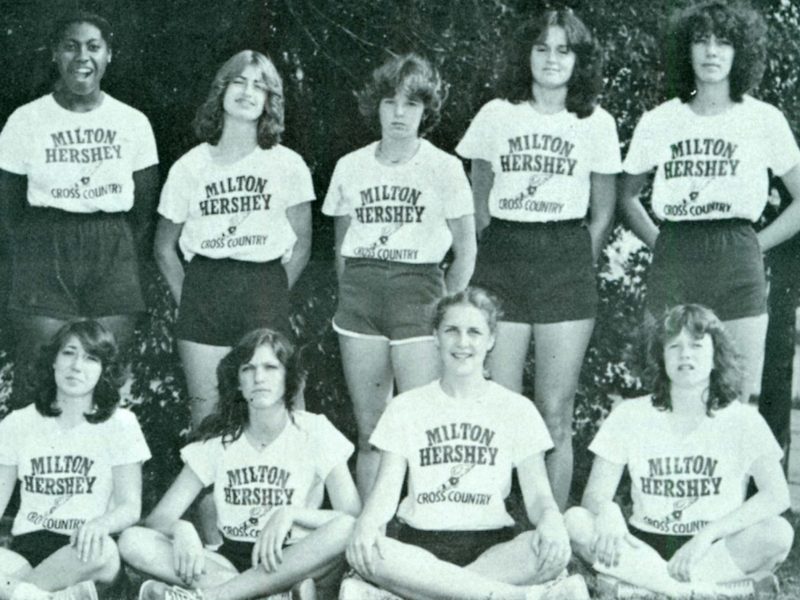 Bridget is the financial coordinator for the Philadelphia-based non-profit, Back on My Feet—which combats homelessness with the power of running. The organization now has 14 chapters operating in major cities nationwide—using the simple act of putting one foot in front of the other to restore a person’s confidence, strength and self-esteem to help more people get back on their feet to tackle the road ahead. It also provides essential employment training and housing resources for those in need.

“We have corporate partners who are willing to work with us because the people in our program have received job training. They know if you’re a person who will show up at 5:30 in the morning to run, you’re going to show up at your job. We have terrific success stories and I like to think that [with] every piece of paper I touch [in the financial office], I’m helping someone change their life.”

She equates her current job to that of adult mentors at Milton Hershey School who were instrumental to her success, along with the opportunities the school provided. 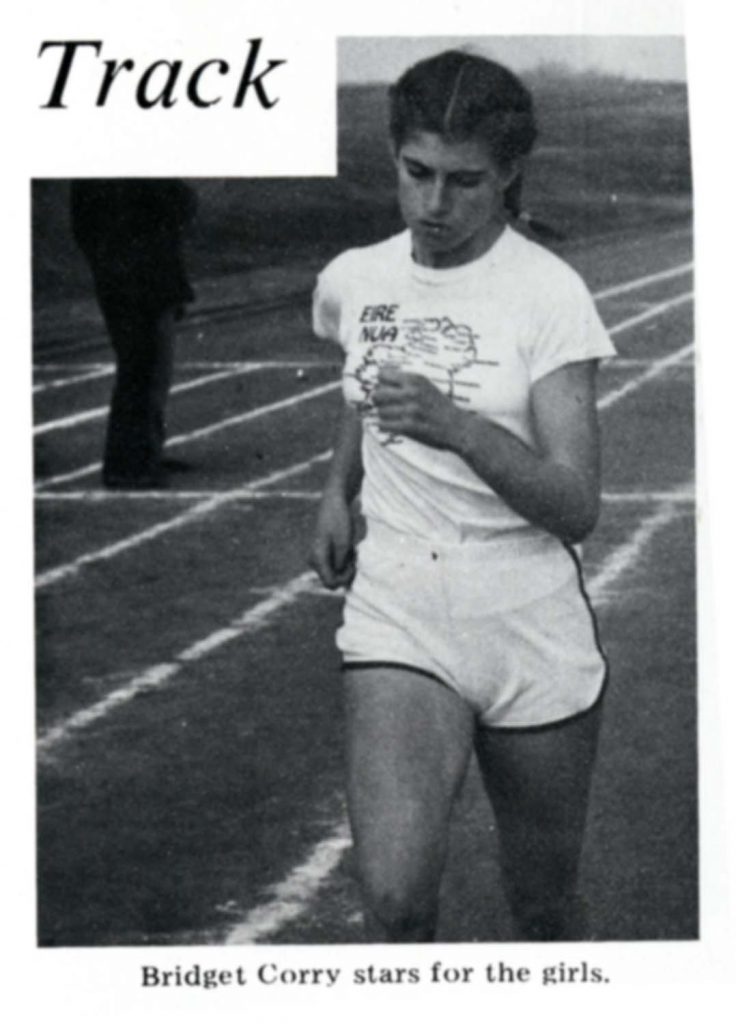 At the age of 13, Bridget’s mother died unexpectedly—leaving her with the responsibility of caring for her family while her father worked six days a week. This didn’t stop her, though, from choosing her own path—one that would bring her to where she is today.

“I didn’t have a lot of experience and I did the best I could for my family,” she explained. “I made lunches for my siblings in the morning and then after school, I tried to get dinner ready, but I was not equipped for that—it was a terrible time in my house after my mother died.”

When she and three of her siblings enrolled at MHS in 1978, she said, “[It] took a burden off my shoulders.” For the first time, Bridget had the opportunity to focus on herself and participate in activities that she always dreamed of, but never had the opportunity or money to pay for. Things like playing sports including basketball, cross country, and track and participating in band and the school magazine. 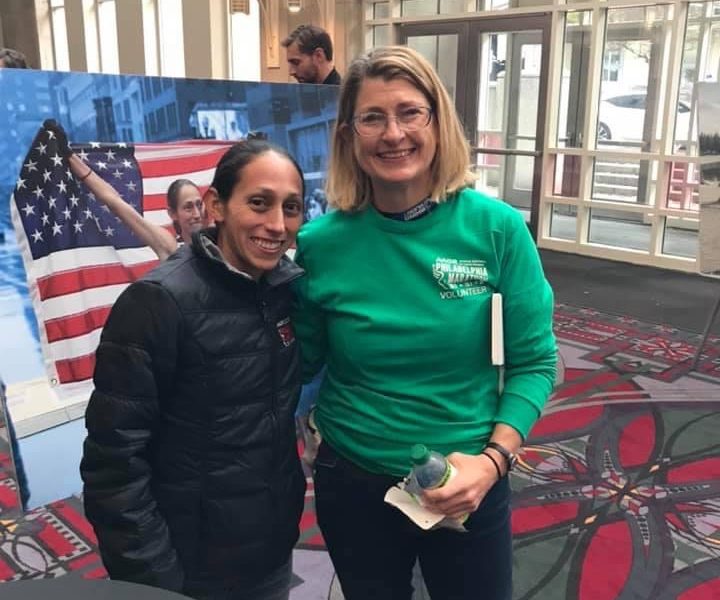 “Milton Hershey School was a godsend. It totally changed the course of my life,” she said. “If I had stayed at home, I would have stayed a caregiver and probably wouldn’t have been brave enough to leave home and go to college. MHS gave me confidence.”

When Bridget graduated from MHS in 1982, she attended Millersville University in Lancaster County, Pennsylvania. There she earned her degree in business management with a minor in economics. She also kept running. She joined the cross-country team and kept in touch with her MHS teachers and coaches—something that continues to this day.

“I still send Christmas cards to many of my MHS teachers and coaches,” she said. “My MHS experience wouldn’t have been the same without caring adults.”

Especially her cross-country coach, Ed Ruth—who started the cross-country program at MHS in 1967. He had never coached an athletic team before, but he was a runner. Under his initial direction and several succeeding coaches, the MHS cross-country teams went almost two-and-a-half decades without losing a season. 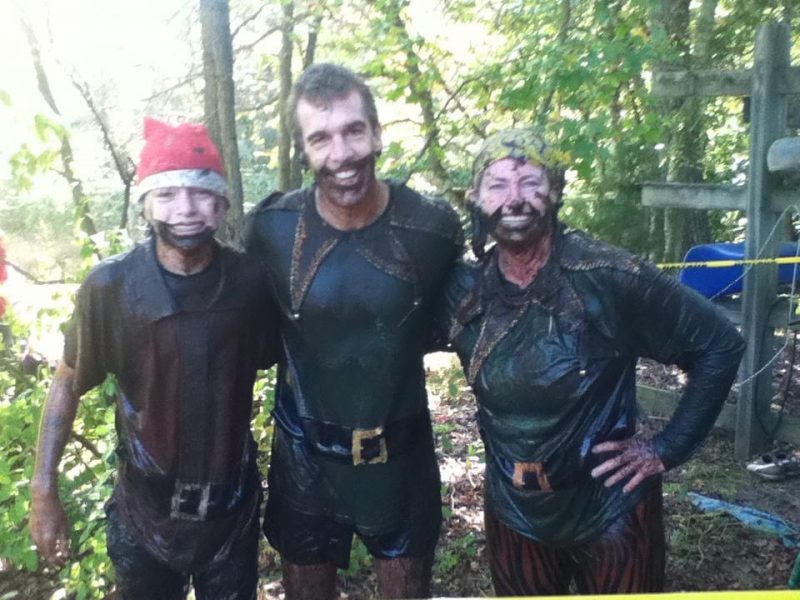 “Mr. Ruth cared about each one of us,” she said. “It didn’t matter if you were the slowest runner or the fastest runner.”

This was especially true in his acceptance speech when he was inducted into the Spartan Hall of Fame. She said instead of highlighting his best team or the top program runners, his remarks focused on a young woman who was challenged by running. It was hard for her to run even three miles, but he said in his speech that he was the proudest of that student because she didn’t quit. She lasted the whole season and because of her, the women’s cross-country team had a season. At the time, very few girls were enrolled at MHS and they needed five to compete, she was their fifth runner and they never had to forfeit.

“The care Mr. Ruth showed her is so similar to the one-to-one care that’s given to the people at Back on My Feet. That’s why I love my job. We are forming a community with people who society wants to throw away or who are often forgotten. We are going into homeless shelters and recruiting people through running to help bring them out of their shells. We are forming communities and relationships and those who were once struggling with things like substance abuse are taking care of their bodies again. It’s transformative.” 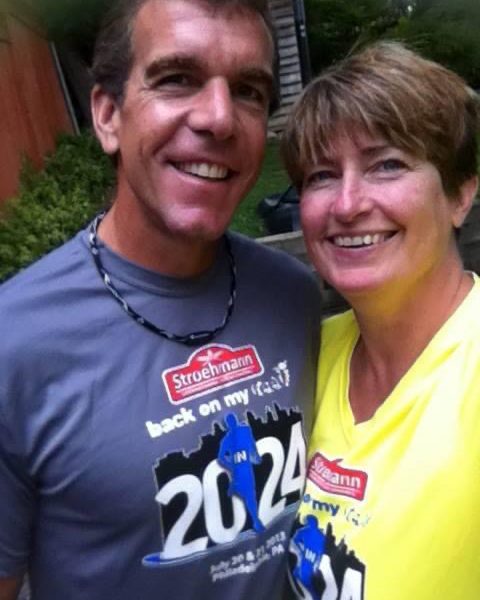 Bridget says she sees herself in the eyes of that runner Mr. Ruth spoke of and is so thankful that she was not a lost child.

When asked what she would say to Milton and Catherine Hershey, the founders of MHS, she shared, “They came into my life when it was very bad. As a child, you hope things will go your way and things were not going my way at the time. When I was allowed to come to Milton Hershey School, I was safe, I was protected, I had friends and that’s what we want all children to have and the school made that possible.”