From a young age, Ashley Barriner-Byrd ’01 wanted to see the world. Her mother was a flight attendant and told her stories about traveling. When Ashley arrived at Milton Hershey School as an eight-year-old, she began taking advantage of the school’s opportunities such as foreign language classes and study abroad trips. When asked to describe the school in one word, she says it was “life-changing.”

During the summer between her sophomore and junior year of high school, Ashley studied abroad in Italy for six weeks. After graduation, she went to Tennessee State University and studied abroad again for a full year—six months in Spain and six months in Mexico.

Ashley’s love for international travel led her to a career fair where she learned about a graduate fellowship program through the State Department. Intrigued, she applied for the program and was accepted. She completed the graduate program at Penn State University, which prepared her for life as a U.S. diplomat through domestic and foreign internships.

“I wanted to work in travel—I just didn’t know this was an actual job,” Ashley said. “I don’t have family or friends in this kind of career. It was something I wanted to do but didn’t know how to do [before the fellowship program.]” 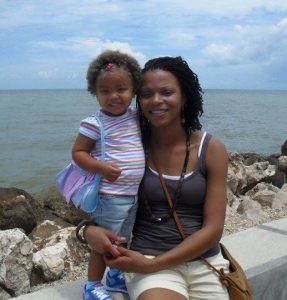 Ashley and her daughter in Belize.

As a U.S. diplomat, Ashley spends most of her career overseas. Diplomats can work in various areas, including political, economic, management, public diplomacy, and consular. Ashley serves as a consular officer, and her main responsibility is American citizen services. When Americans become victims of crime overseas or need passports and notaries, Ashley is the officer who assists them and makes sure they understand their rights.

“It’s rewarding when you assist someone who has lost a passport, or a kid who has run away, and I’m able to help them get back to the U.S. and reunite them with their families,” she said.

Ashley travels to different countries for two or three-year tours. So far she has completed two overseas tours and one domestic tour, and her family travels along with her. As they make friends, learn about cultures, and immerse themselves in different languages, it’s an eye-opening experience every time.

Her advice for students who hope to pursue an international career?

“I would encourage them to really learn about international affairs beyond the scope of what they see on the news,” Ashley explained. “It’s really good to research why certain things are happening and understand the whole issue surrounding it. These are the things I deal with on a daily basis. You have to be able to discuss the topics that are happening internationally.” 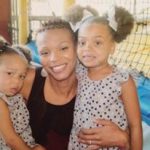 Ashley and her daughters in Mexico.

She also encourages students to remain confident in their abilities and use their backgrounds to build empathetic connections.

“It can be intimidating in this career because a lot of people come from more privileged backgrounds. Don’t let that scare you off,” Ashley said. “Be confident. Sometimes our background is what helps us to be more empathetic and understanding of the job.”