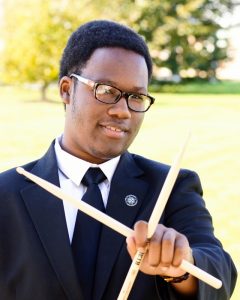 Andre Sumler enrolled at Milton Hershey School with a passion for music and the art of playing the drums, searching for the ability to make his dream of attending Berklee College of Music come true. However, what he got from his experience at MHS was so much more.

While at MHS, Andre participated in the gospel choir, indoor drumline, guitar ensemble, and the praise and marching bands, creating strong relationships and becoming well rounded in his musical talent. He also took music theories classes over the four years he spent at MHS, helping him develop the skills he would need to pursue music in the future.

Although MHS helped him recognize that his dream of attending one of the best colleges for music in the country was possible, it was his parents who helped him find his passion.

“When I was a baby my parents always took me to church. My mother was a singer and my father played the drums,” shared Andre. “Just watching my father and other drummers Sunday after Sunday, I was inspired to also play the drums. I was lucky because as I got older, opportunities like MHS came my way to nurture that passion and talent.”

In 2017, as Andre was preparing to graduate from MHS and take the next step in his journey, his dream came true: he was accepted to attend Berklee College of Music. “Berklee was an idea to me that started in the sixth grade,” he said. “I never really came back to visit that idea until I got to MHS in high school. MHS helped turn my idea into action.”

He was excited to begin pursuing his dreams and knew he wouldn’t have to tackle it alone because the relationships he gained at MHS and the Graduate Programs for Success (GPS) Division would be there for him.

“The friends I gained at MHS are the most dependable people I know,” said Andre. “We still make time to check-in and visit each other. Even when visiting each other is hard, we still communicate through social media and FaceTime and different things like that.”

At Berklee, while taking a heavy course load, he has found opportunities for himself to grow in his musical skills outside the classroom by becoming the musical director at two churches and playing at different events throughout the city.

Although Andre loves the opportunity he has to attend Berklee, it has come with its own set of challenges. He acknowledges that it’s been hard over the last few years to balance everything he has going on from classes, work, and social life. Andre, however, has used the skills he learned at MHS of organization and planning ahead to help him prioritize his busy schedule.

After graduating from Berklee, Andre hopes to be the best musician he can be so he can continue to play while passing on his knowledge to those as eager to learn as he was. He hopes that he can spread positivity through his music and give back for the positive opportunities he’s been given. 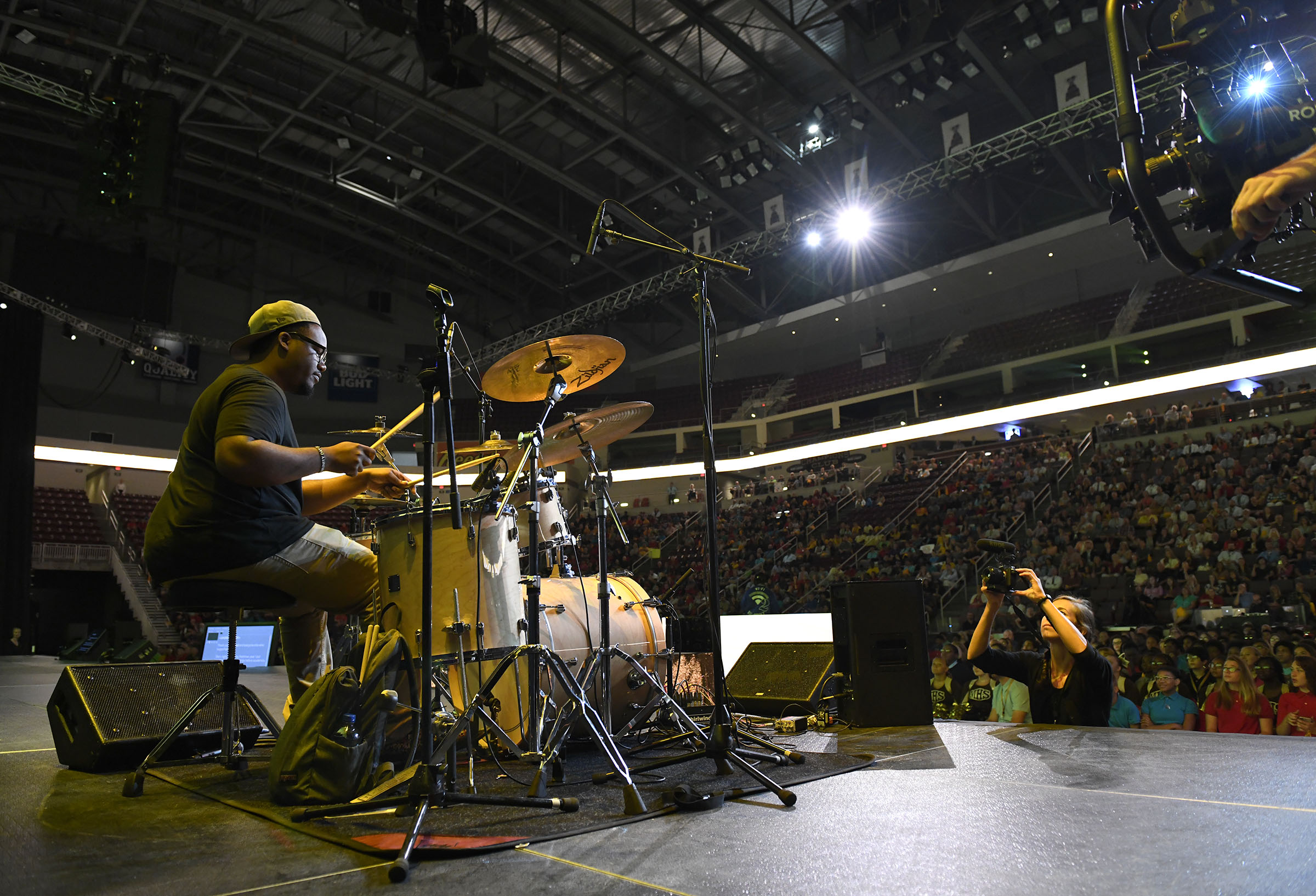 In August 2019, Andre came back to play drums at the annual Opening of School Assembly at Giant Center. “I never really saw myself as someone that could be an inspiration to other kids or people in general,” he shared. “So when I came back and the amount of love that I received from younger students that recognized me from my time at MHS was overwhelming. And to be able to share my story was a vulnerable experience, but it was also an amazing experience to be able to other kids to be able to find the confidence in themselves to finally achieve their dreams.”

Andre thanks Milton and Catherine Hershey for giving him the ability to become the musician he is today. “If there was no Milton Hershey School, I wouldn’t be pursuing music right now. So, I thank them for helping me pursue my dreams,” he shared.