The Importance of Tradition at Milton Hershey School

Milton Hershey School was created as a place of tradition for low-income children. Before Founders Hall was built in 1970, the MHS family gathered in the Hershey Theatre for chapel services and commencement.

The interior designer and fabricator for Founders Hall, Rambusch Company of New York designed the auditorium to be a space where the MHS community gathers together. Third-generation owner, Viggo Rambusch described the vision for the auditorium as, “Dr. John [Hershey] wanted something which would be uplifting and would be inspiring or suitable for religious services on a Sunday.” 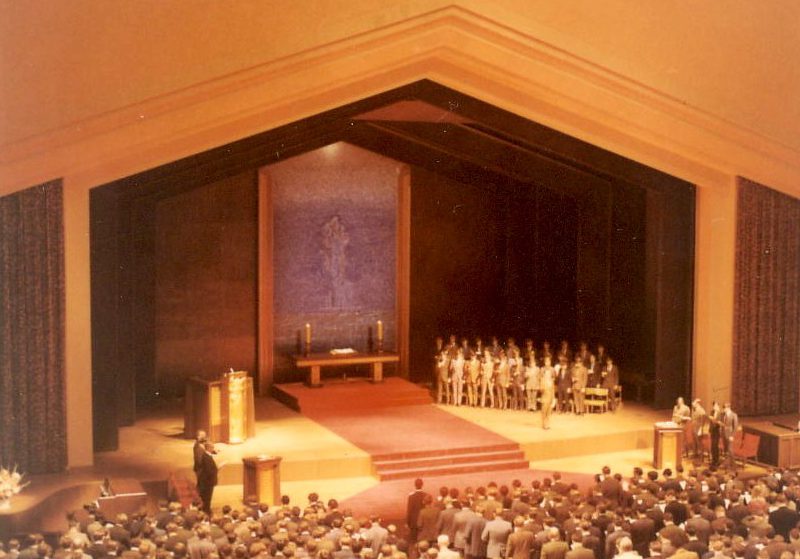 The auditorium also gives students a chance to showcase their talents. When talking about the reasons for building Founders Hall, former school president, Dr. John O. Hershey shared, “that one way to boost a child’s self-esteem is to have them perform. Put him on the stage and tell him how great he is and it will make all the difference in the world.”

In the springtime, parents/sponsors would visit campus to attend student shows that took place in the auditorium. The 2010 student show, “18,000 Voices” celebrated the school Centennial and told the story of MHS history in an entertaining musical. 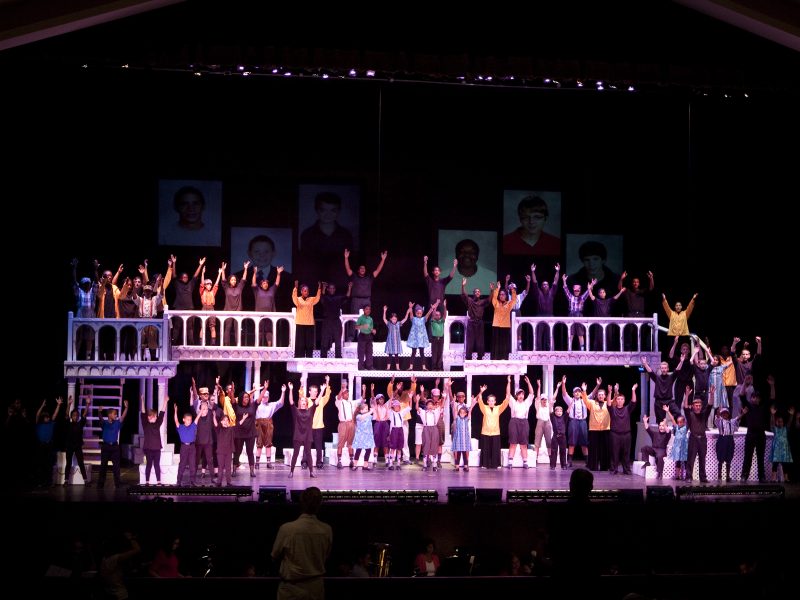 One of the most important days in an MHS students’ school career is their graduation day. From 1971 through 2014, commencement was held in the Founders Hall auditorium. After this time, the student class sizes were too large to hold the event at Founders Hall and was moved to the Giant Center in Hershey, Pennsylvania.

When planning for Founders Hall, school administrators wanted a space that could host school events and be a lasting tribute to the founders. The building has been providing enjoyment for 50 years now and is being renovated to last for years to come. 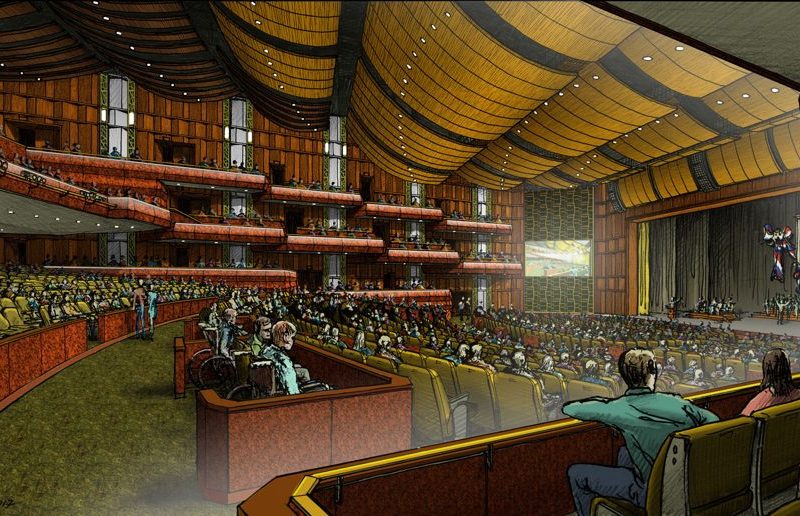 After extensive renovations, the auditorium will once again be a state-of-the-art space for school gatherings. Multi-level tiers and expanded balcony seating will offer a clear view of the stage from any seat.