Megan Kopp, a high school social studies teacher at Milton Hershey School, recently returned from a trip to France where she enhanced her knowledge about World War I and its impact.

Megan was one of only 18 teachers from across the country chosen by National History Day to attend the 11-day professional development experience sponsored by the Pritzker Military Museum & Library, the WWI Centennial Commission, and the National WWI Museum and Memorial. 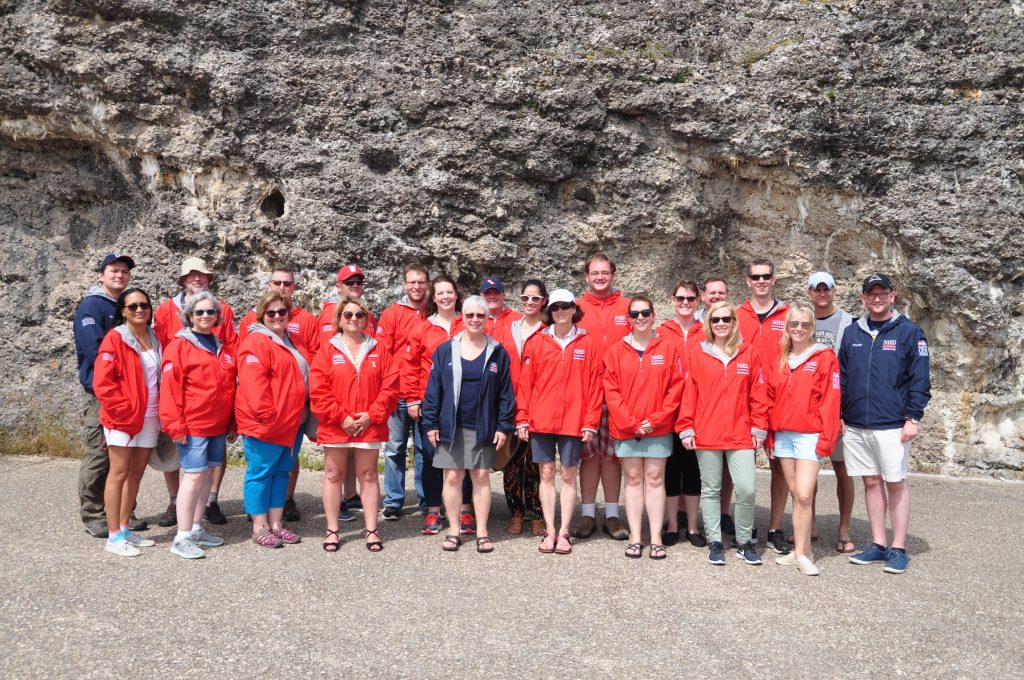 While there, she had the opportunity to explore World War I from a new lens—even stepping into a trench where soldiers lived. She spent time learning about the repercussions of the war as well as the French people’s unique appreciation for the United States and its military role in World War I. The group also spent time in Versailles on the 100th anniversary of the signing of the Treaty of Versailles—the peace treaty that ended World War I. 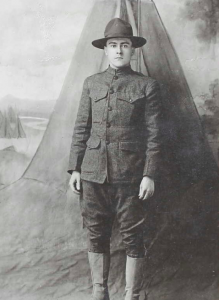 The program required each teacher to research a fallen soldier from their state who fought in the war so that they could memorialize that individual as a part of their experience. Megan chose Private Freeman Bower from Lycoming County, Pennsylvania in order to bring added attention to the sacrifice of a man from a small town.

Prior to this experience, Megan always had a deep appreciation for the military. She comes from a long line of military veterans and is one herself. Once she graduated from high school, Megan enlisted in the Air National Guard at the age of 17. She served while attending The Pennsylvania State University—using the G.I. Bill to fund her education. Megan served for six years before starting her teaching career, using her background in the military to show female students that they, too, can serve.

Every teacher that participated in the program created a WWI lesson plan that will be published and available to all teachers through the National History Day website. Megan focused her lesson plan on the lack of resources that existed for soldiers returning from World War I and how this problem ultimately lead to the G.I. Bill being passed during World War II, a topic she holds close to her heart, having benefitted from the G.I. Bill herself.

When discussing why she sought out this opportunity for herself, Megan shared, “I wanted to learn more about World War I because I believe it’s glossed over in history classes,” she said. “I knew I needed to further my knowledge to teach it more holistically.”

Megan credits the trip with giving her a new passion for World War I history. “I went into a real trench from World War I. That’s a real experience I wish I could give my students, but I’m going to give them the next best thing by showing them pictures and teaching about it in my classroom,” she said.

Prior to her trip, some of her students who traveled to the same location earlier that school year through Milton Hershey School’s Multicultural and Global Education program shared their insights and gave her tips on what to expect.

Megan is excited to get back to the classroom to share her experience with these students and apply what she learned to her lesson planning.

“I feel reinvigorated to come back to my classroom and teach history,” shared Megan. “Not only do we not want history to repeat itself, but we want to learn from it. We can see the collaboration between France and the United States and learn how to collaborate with other countries today and how that can affect the future.”

We salute Megan for her military service to our country and her current service to children as a teacher at Milton Hershey School.