MHS Seniors Honored as March Rotary Students of the Month

Milton Hershey School seniors Angela Tranguch and Jian Arnold were recently selected as the March 2019 Rotary Students of the Month. They will each receive a certificate from Rotary, will be recognized at a special luncheon, and are eligible for a scholarship.

Angela Tranguch is from Hazleton, Pennsylvania and arrived at Milton Hershey School more than 10 years ago as a second-grader.  Since her arrival, Angela has flourished at the school through her academic achievements, leadership qualities, and efforts to serve the MHS community. Angela has served as member of the National Honor Society and Spanish National Honor Society, varsity softball team, and band. Angela also traveled to Quebec, Canada in 2017 through the school’s multicultural and global education program. Angela gained real-world experience during an internship at the public defender’s office in Harrisburg, and she hopes to attend American University after graduation to study psychology or law.

Jian Arnold is originally from Harrisburg, Pennsylvania and has been at MHS since second grade. Jian has challenged himself with a rigorous academic courseload that has included multiple honors, college, and AP-level classes. Jian has been involved in a variety of extra-curricular programs including Boy Scouts, marching band, and National Honor Society. Jian also completed a finance internship at Hersheypark last summer to gain professional experience in the workforce. He also had the opportunity to travel internationally to England and France during the fall of 2018. Jian plans to attend Princeton University to study physics in the hopes of working in research.

Milton Hershey School partners with the Rotary Club of Hershey to create leadership and community service opportunities for MHS students.

Please congratulate these seniors when you see them on campus! 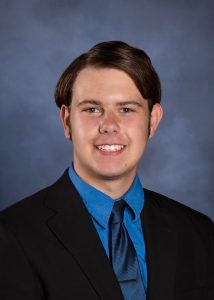 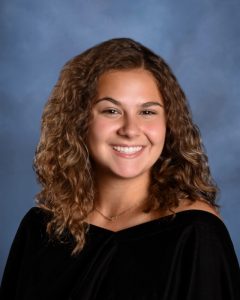