On Monday, Sept. 17, Milton Hershey School and Hershey High School football players and coaches shared breakfast together in honor of the Cocoa Bean game. The Spartans brought home the bean at the 76th Cocoa Bean game on Friday, Sept. 7, 35-7.

The breakfast is an opportunity for the two teams to celebrate sportsmanship and unity. This year, more than 30 students from both schools attended.  MHS alumnus Gump May ’63 who coached football at Hershey High School for 33 years served as keynote speaker during the breakfast. 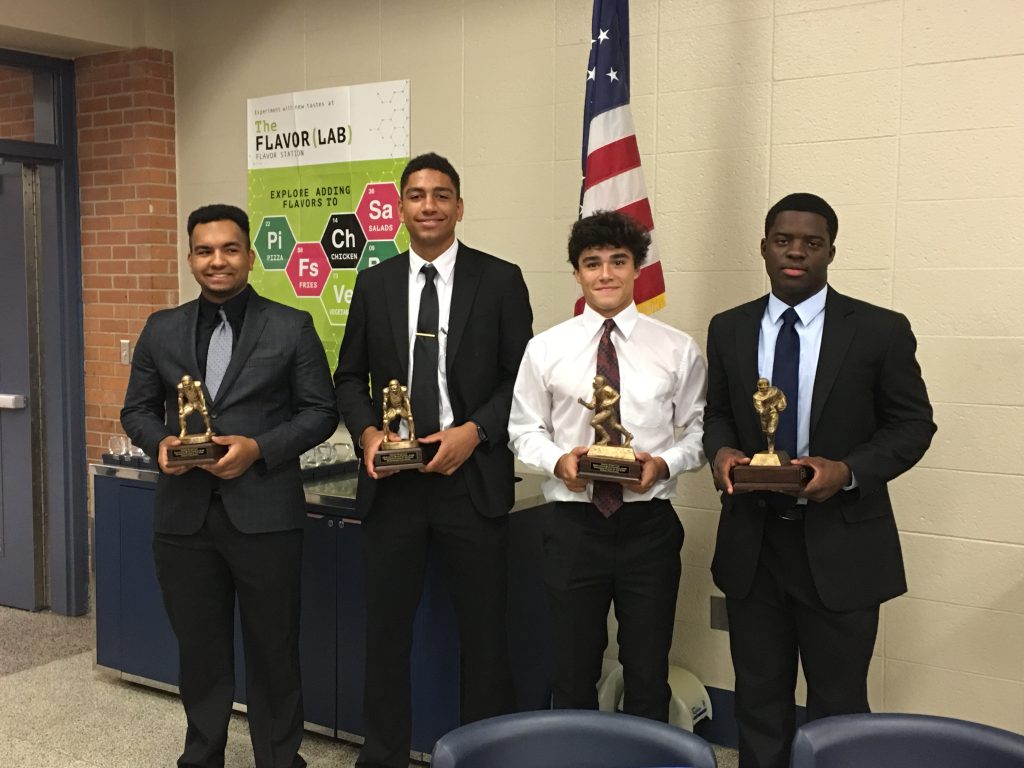 In addition, awards were presented to players for their outstanding sportsmanship and athletic performance.  This year, the Rotary Club of Hershey honored MHS junior Joshua Parra and senior Chiago Anyanwu. Parra was awarded the MHS Defensive Player of the Game; during the Cocoa Bean he completed two interceptions for touchdowns with a 54-yard run and a 64-yard run. Anyanwu was recognized as the MHS Offensive Player of the Game for completing ten carries for 125 yards and two touchdowns.