One of the most iconic vehicles in Dearborn, Michigan’s Henry Ford Museum is the 1961 Lincoln Continental—the vehicle that President John F. Kennedy was riding in when he was assassinated on November 22, 1963. It is part of an exhibit of presidential vehicles that also includes a 1902 Brougham carriage used by Theodore Roosevelt; a 1939 Lincoln built for Franklin Roosevelt; a 1950 Lincoln convertible built for Harry Truman, but usually associated with President Eisenhower; and a 1972 Lincoln Continental built for Richard Nixon.

Although the ’61 Lincoln used by Kennedy is arguably the most well-known of these five vehicles, we immediately recognized Eisenhower’s 1950 Lincoln convertible thanks to its unique association to Milton Hershey School and the town of Hershey.

It may be rather startling to see a president in a convertible, but this massive vehicle was used as a limousine by President Eisenhower during his two terms as president between 1953 and 1961. So he could be seen by the public when riding in the car on rainy days, Eisenhower had a clear “bubble top” added to the vehicle. It also was used as a standby car for presidents Kennedy and Johnson before being retired from service in 1967. 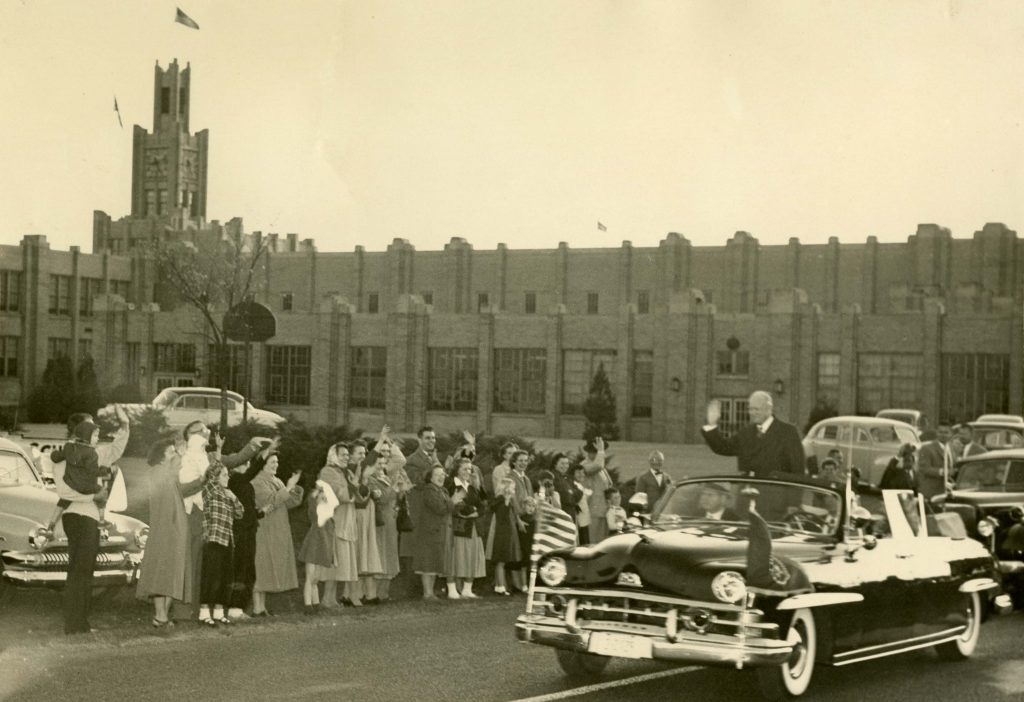 In this 1953 photo from the MHS archives, you can see President Eisenhower standing in his presidential limo waving to the crowd with the Junior-Senior High School (now known as Catherine Hall) in the background. 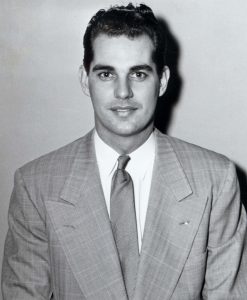 If you look closely, the tall man in the center of the photo is William Dearden, Class of 1940, who returned to his alma mater in March of 1953 to serve as Director of Student Placement.

Why was President Eisenhower in Hershey on October 13th?  The event was held the day before the  president’s 63rd birthday on October 14th and marked his first birthday in the White House. Organizers chose Hershey because they wanted to invite as many guests as possible and knew the Hershey Arena could hold about 6,000 people, the Hershey Stadium about 20,000 people, and the adjacent area could accommodate placement of the largest portable roof in the world: the Ringling Brothers and Barnum & Bailey Circus Big Top tent. Over 13,000 people filled the Hershey Stadium to sing “Happy Birthday” to the president, and the Big Top tent was used to serve a birthday buffet to 6,000 people! 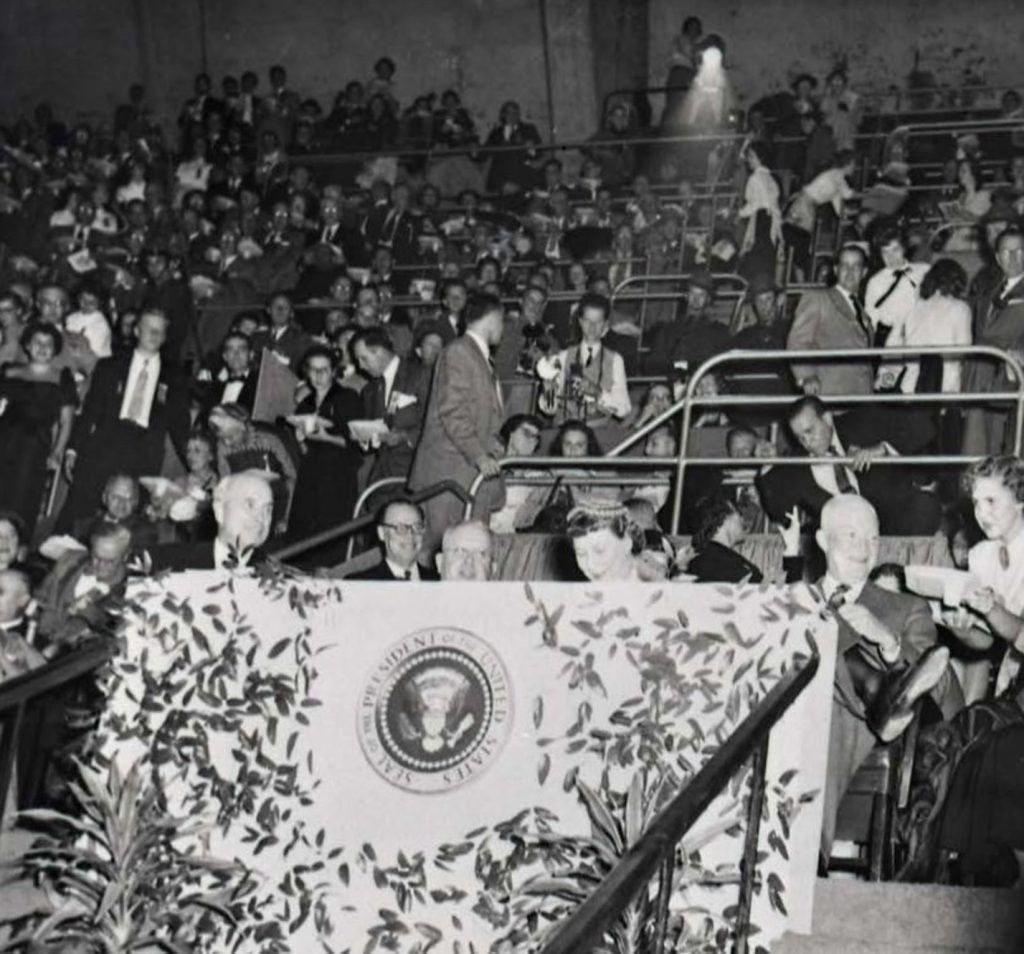 After dinner, guests moved to the Hershey Arena where they could enjoy ice cream and cake with the president. The highlight of the evening was a performance of “The Song of America” pageant. This 32-minute production depicted various scenes in American history from the landing of Columbus through the Civil War. Students from Milton Hershey School and Hershey High School participated in the production by playing different roles and singing in the All-Pennsylvania Student Chorus.

Happy birthday, President Eisenhower! Take a look at some of the photos of his 1953 birthday celebration in Hershey: 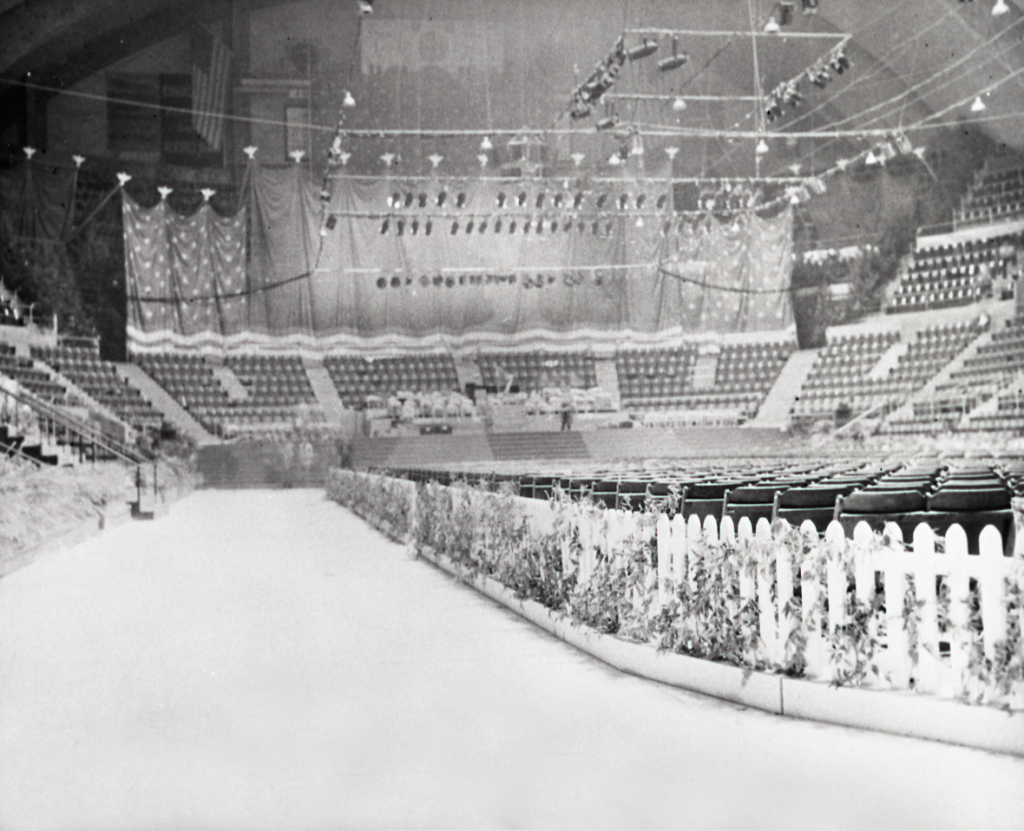 The Hershey Sports Arena decorated for President Eisenhower’s birthday party. This is the same space that hosted birthday parties for Milton Hershey in 1937 and 1938. 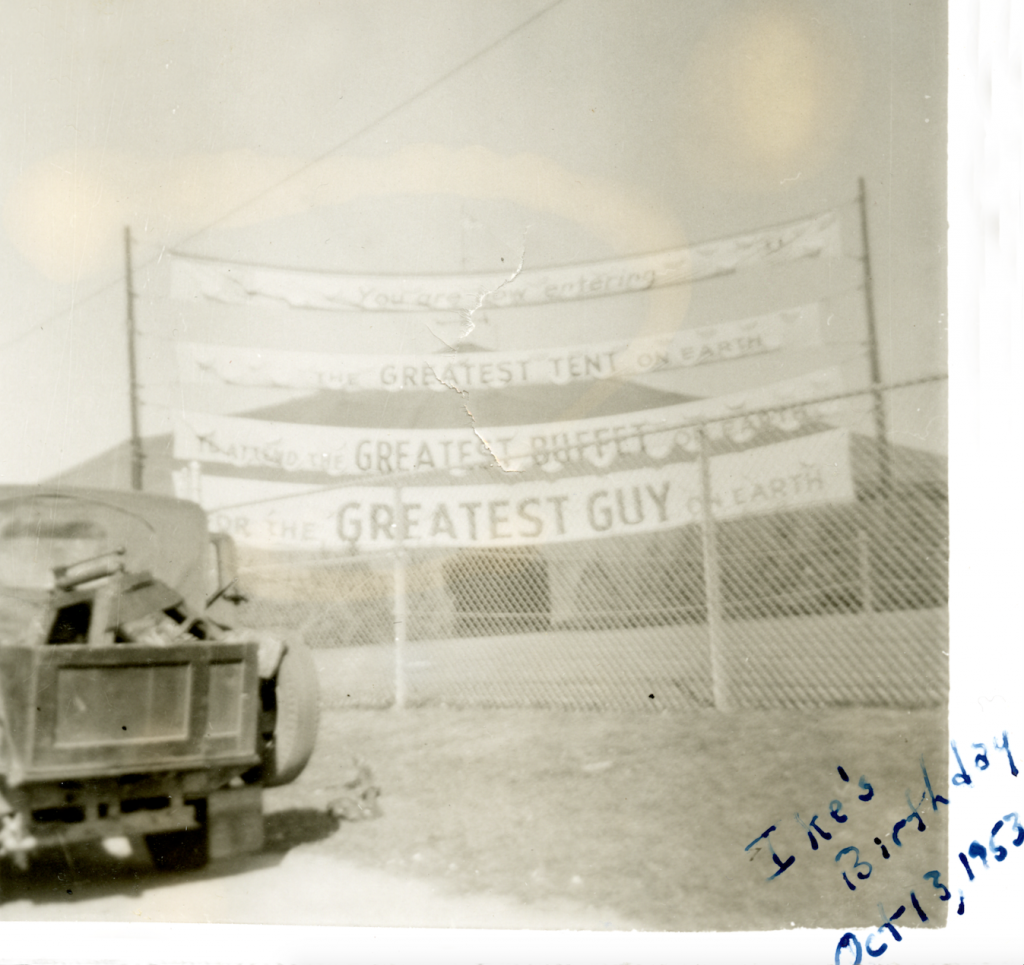 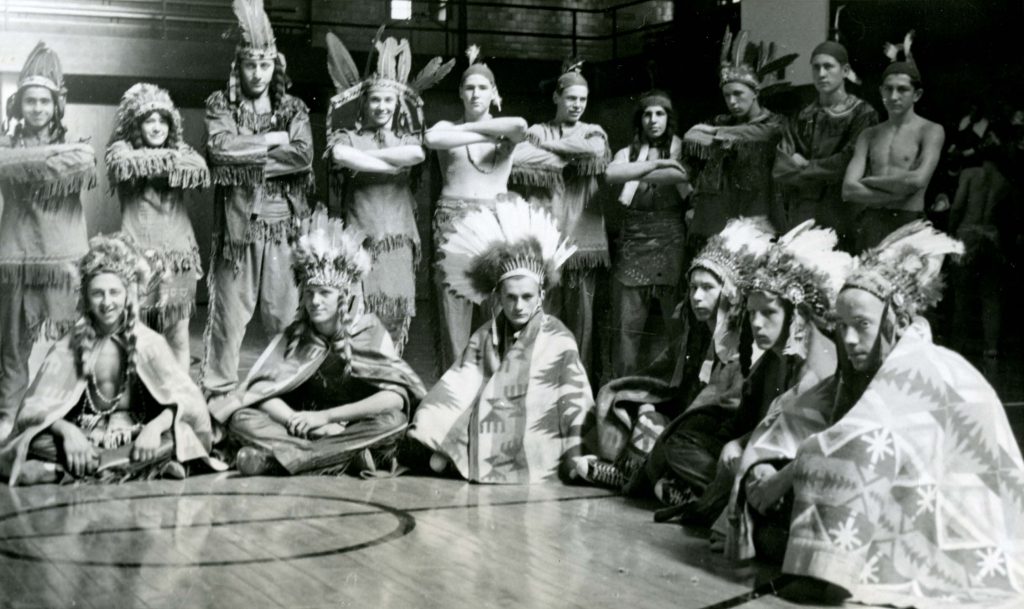 Members of MHS Class of 1955 with students from Hershey High School. 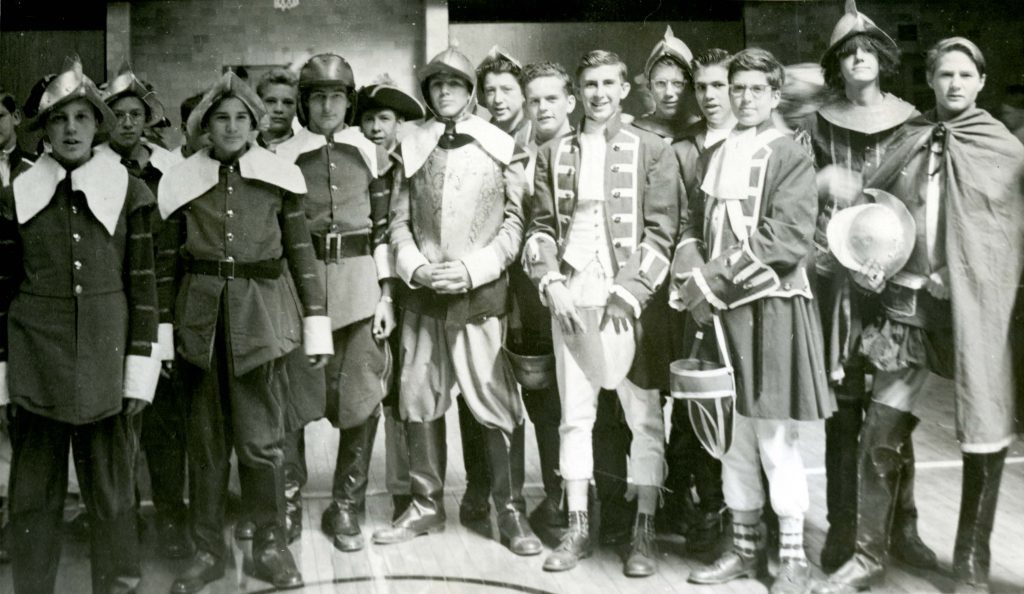 Members of MHS Class of 1956 with students from Hershey High School.