Eugene Lowe, known as Gene, came to The Hershey Industrial School on Dec. 13, 1928 at the age of five. In high school, he studied carpentry and played on the football team. After graduating in 1941, Lowe worked as a woodworker for an aircraft manufacturing company in Baltimore and joined the U.S. Army in November 1942. He served his country as a light machine gunner in Europe and then in the 101st Airborne Division, 501st Paratroopers B Company. Although he was awarded a Bronze Star and a Purple Heart, he is known for being in the iconic photograph of General Eisenhower talking to D-Day paratroopers taken on June 5, 1942. 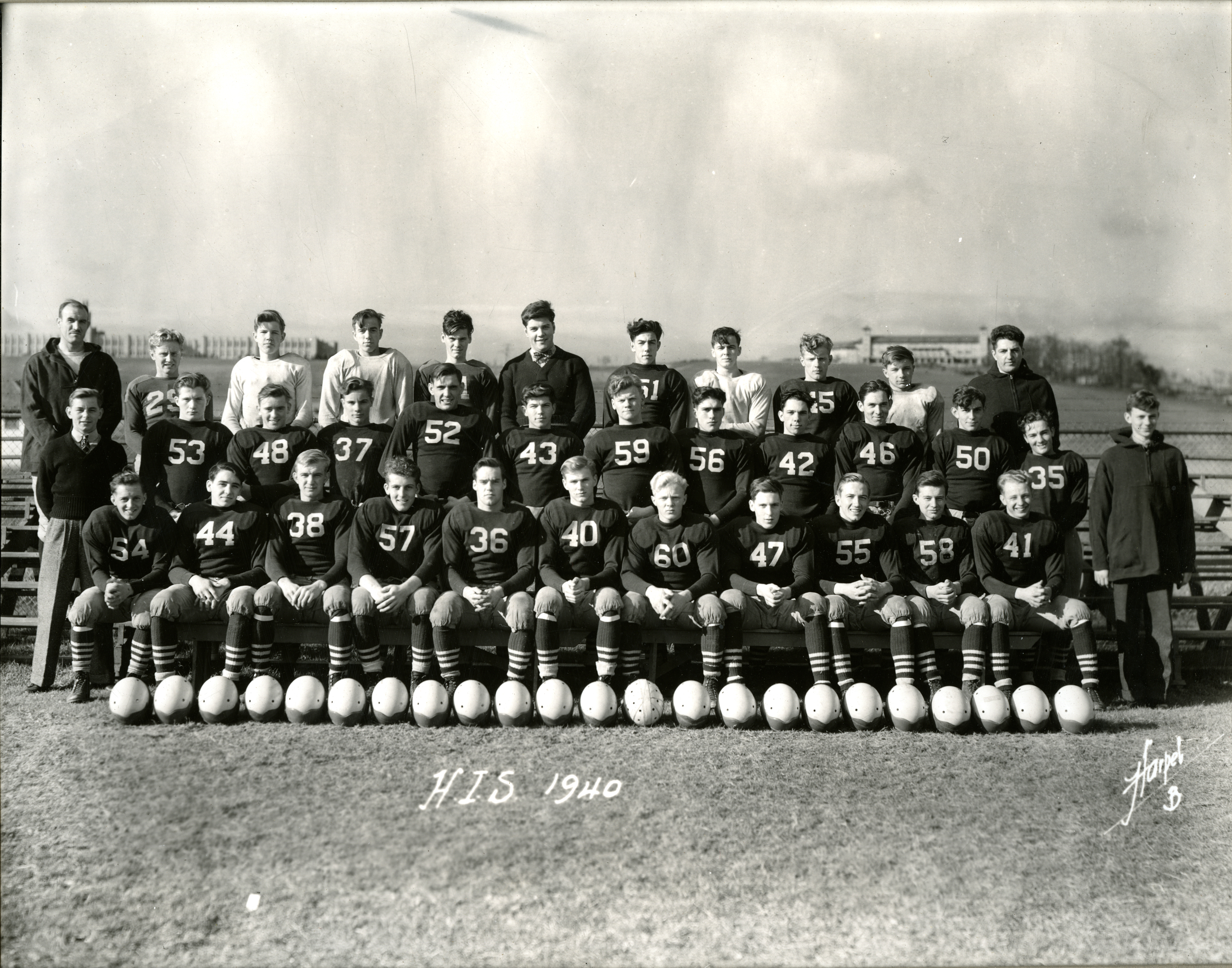 Gene Lowe played on the football team during his time at the school.

The story of how Gene Lowe happened to be in the photograph is intriguing. He was in the hospital recovering from an appendectomy when his complete equipment was brought to him. Knowing that this was unusual, Lowe knew something was going on. In a Milton Hershey School alumni newsletter interview, Lowe said, “So we knew this wasn’t just another dry run because they had never done that before. We figured this was the real thing.”

Lowe and a few of his buddies left the hospital and got to the nearest airfield. It was there that General Eisenhower came and the famous photo was taken. Lowe and his friends fast-talked their way onto the plane since they were not on the manifest. Lowe parachuted on D-Day and landed safely in St. Mere Elise, France. 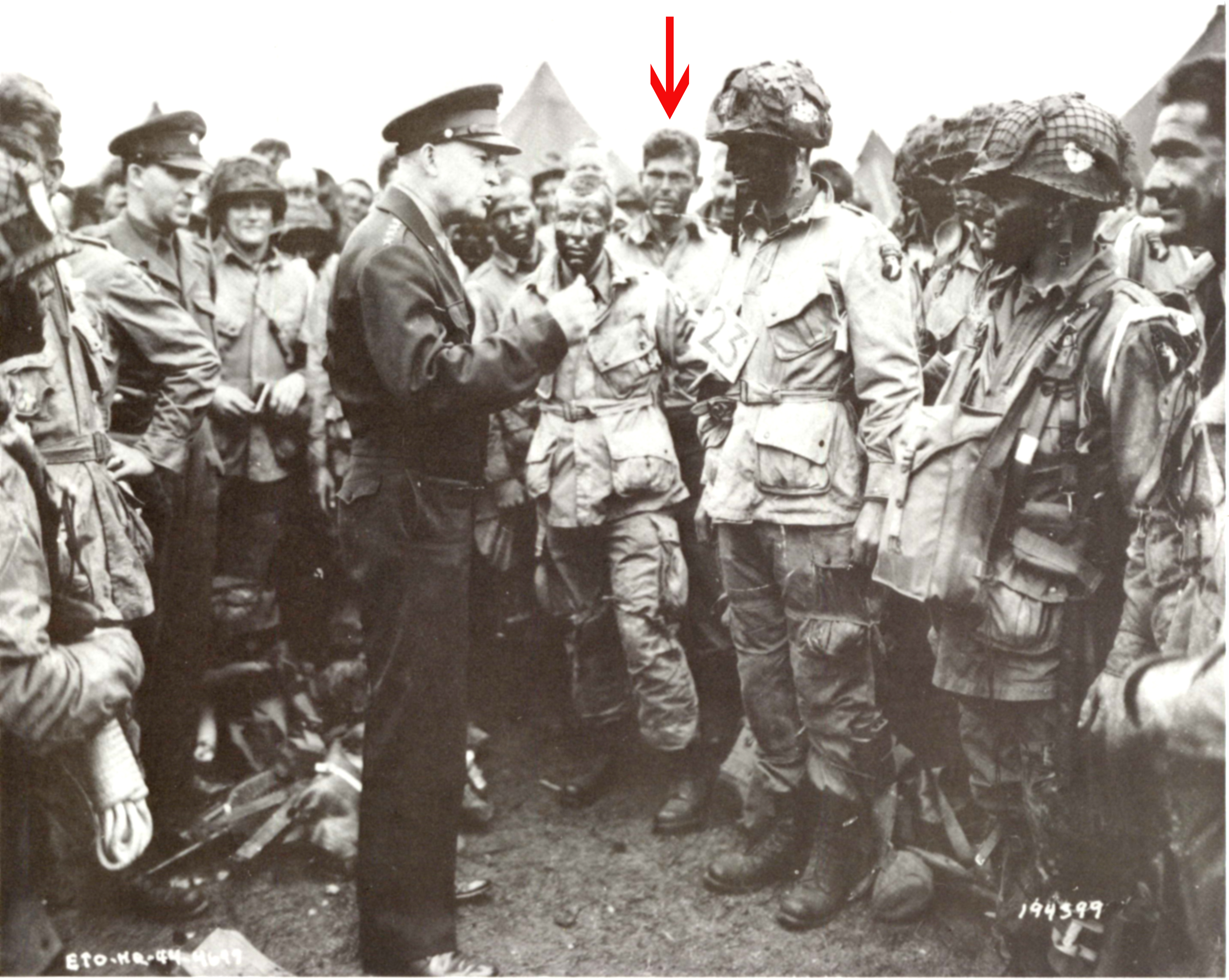 Later, Gene Lowe and his wife Betty served as houseparents at student home Englewood and Limestone during the 1960s. Lowe is remembered fondly by his boys. One of them shared that, “Gene was a giver. He was a family man, very grateful he had a family and we felt we were a part of his family.”

Gene Lowe gave to his country and gave back to the school that had given him a home and family. 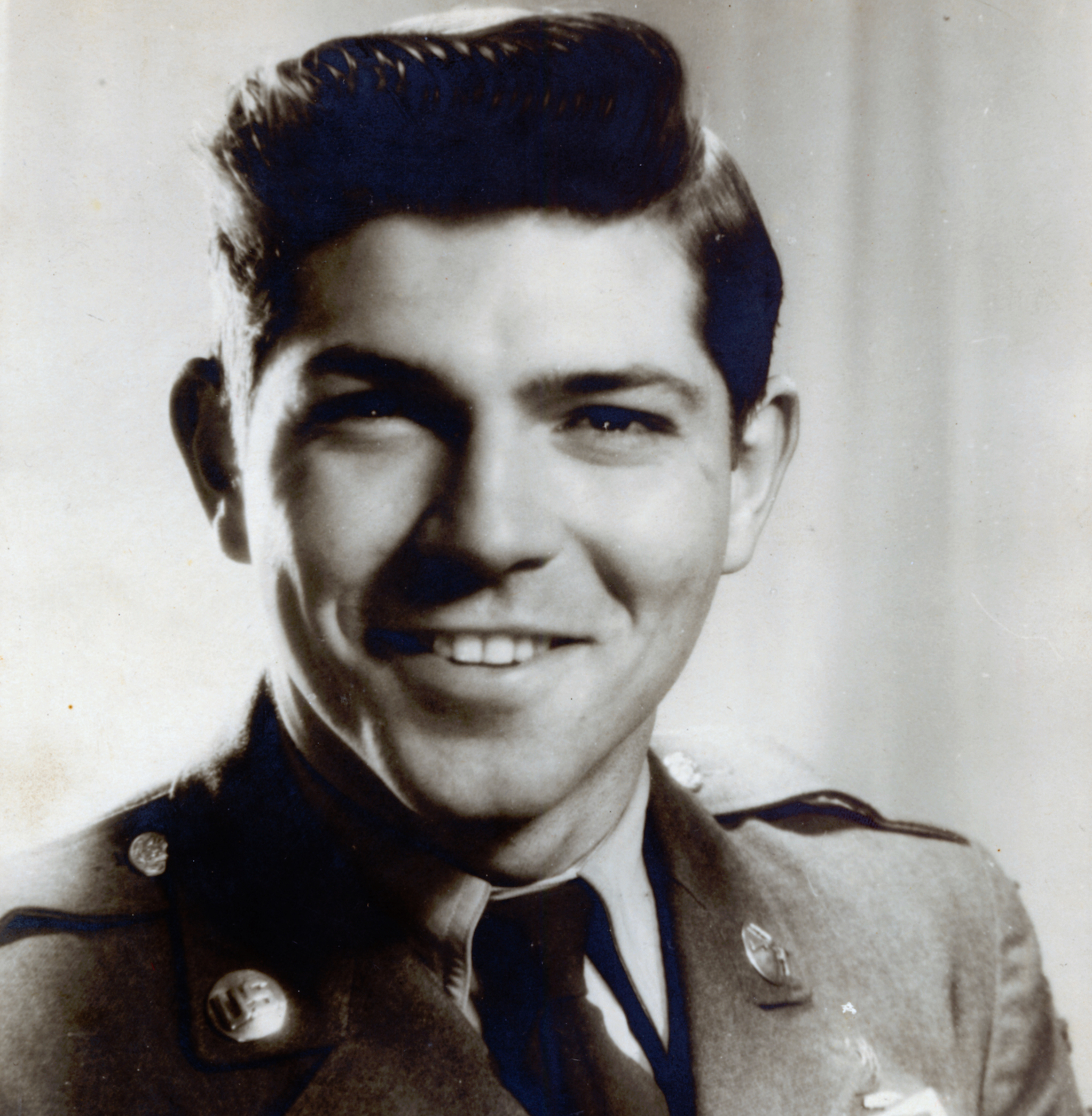