An Inside Look at MHS Scouting Traditions

Boy Scout troop #75 was organized on May 10, 1929 and began with only eight scouts. The scouting program proved popular, and the boys soon were required to pass a test to become a Boy Scout. The students took pride in their troop, and it was written in a school publication that “75 is a number which may mean anything, but to The Hershey Industrial School, it means Boy Scouts of America, Troop 75. We are all proud of that number because it is our school’s own.”

The Boy Scouts also had a close relationship with Milton Hershey. In 1944, the student body collected $60 for Milton Hershey’s Christmas present. Instead of keeping the gift for himself, Mr. Hershey doubled the amount and gave $120 to the Boy Scout troop. The scouts used the money for equipment at Camp Milton, which was named in honor of Mr. Hershey.

Throughout school history, the scouting program has continued to expand and transform. Take a look at some of our most treasured scouting traditions.

Camp Milton was built in 1941 and contained basic Adirondack-style shelters. The Boy Scouts frequently visited the camp for hikes, overnight trips, and outdoor gatherings. MHS carpentry students first built the large scout cabin in 1952 and renovated it in 2012. The cabin has become a historic place for scouting activities. 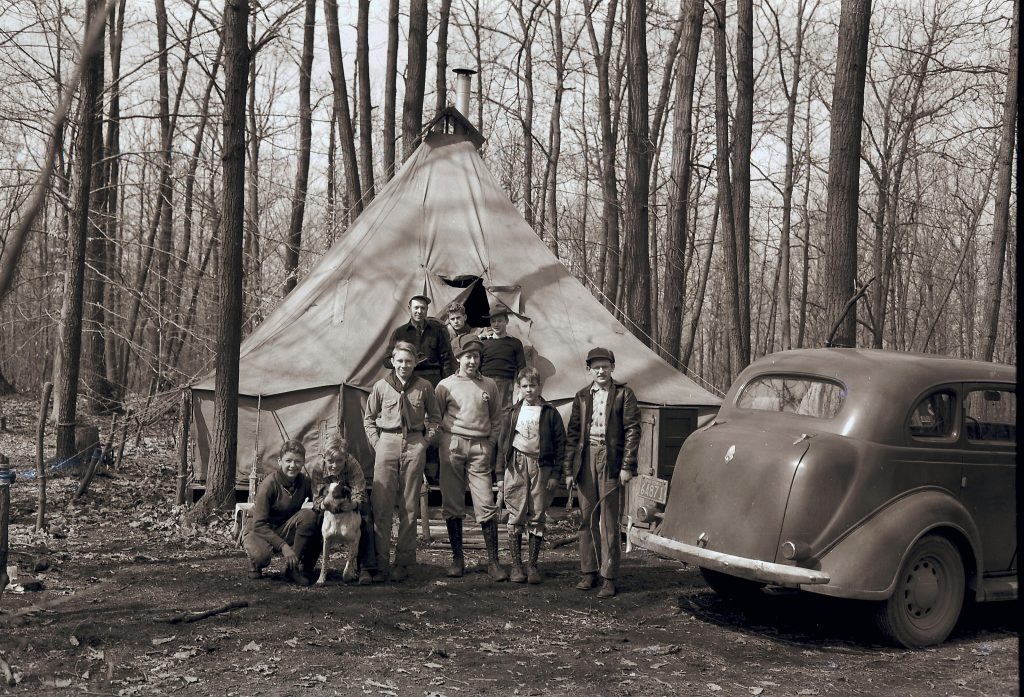 The most frequent scouting activity, hiking, included snow hikes with sleds and packs—scouts hiked distances as far as the Blue Ridge Mountains!

In 1942, the troop hosted a Camporee at Camp Milton for scouts of the school, Hershey, and Hummelstown. During this time period, there were plenty of fun activities and parties, but scouts were dropped from the rolls if they weren’t advancing in rank. This helped students take Boy Scout service seriously and commit to advancing throughout the program.

After World War II began, scouts joined the Emergency Service program. This was a program intended to get the boys fit for any service they might be called to undertake during war conditions.

Sea Scouting and Air Scouting began in spring 1943, but were later discontinued. The programs were open to top-performing scouts age 15 or older. According to the April issue of the School Industrialist, Sea Scouting helped boys “live clean lives, develop strong bodies, and extend their knowledge by way of the sea. This branch is very formal and requires even more courtesy and discipline than regular Scouting.”

For scouts interested in aviation, they had the option of joining Air Scouting. According to the publication, “Air Scouting…offers advanced work in the merit-badge field and gives instruction in navigation, principles of flight, radio, aero-dynamics, and in other subjects connected with modern aviation.” 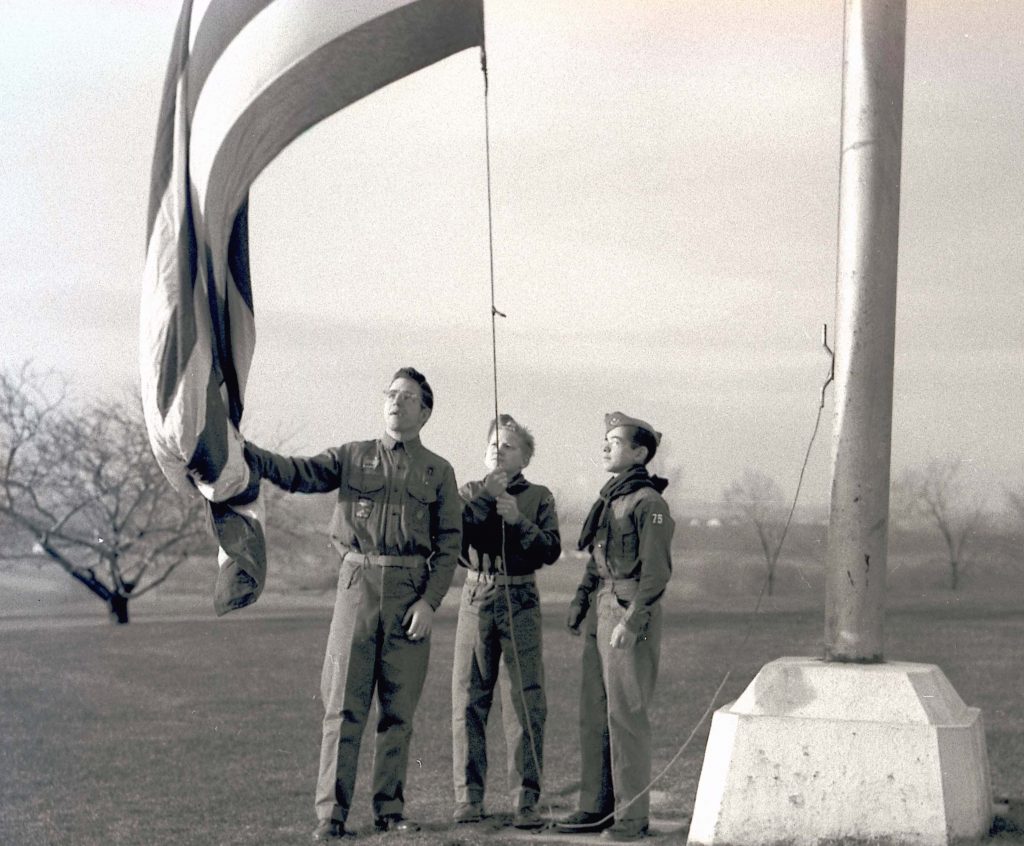 In 1942, Milton Hershey received a council-level distinguished service award of the Boy Scouts of America: the Silver Beaver Award.

Mr. Hershey was chosen for the award for three distinct reasons:

1. His untiring efforts and unlimited devotion to the welfare of youth—as exemplified in the lives of hundreds of deserving orphan boys. In all of Mr. Hershey’s projects, he made it clear that the individual must be worthy of the benefits available to him. Mr. Hershey did not coddle people—he opened the way for them, but he expected them to advance under their own power.

2. His interest in and cooperation with the Boy Scout Movement—and for the wise counsel he gave.

3. His influence upon the character and citizenship of the youth in Pennsylvania.

Recipients of this award were registered adult leaders who implemented a Scouting program and performed community service through hard work, self-sacrifice, dedication, and many years of service.

Since then, nearly 100 students have earned the prestigious rank of Eagle Scout. Recently, senior Colton Doyle earned Eagle Scout rank and will be honored at a Court of Honor celebration in the near future.

Thanks to the rich scouting history at MHS, young men and women have learned the value of serving their communities and making a difference in the world. 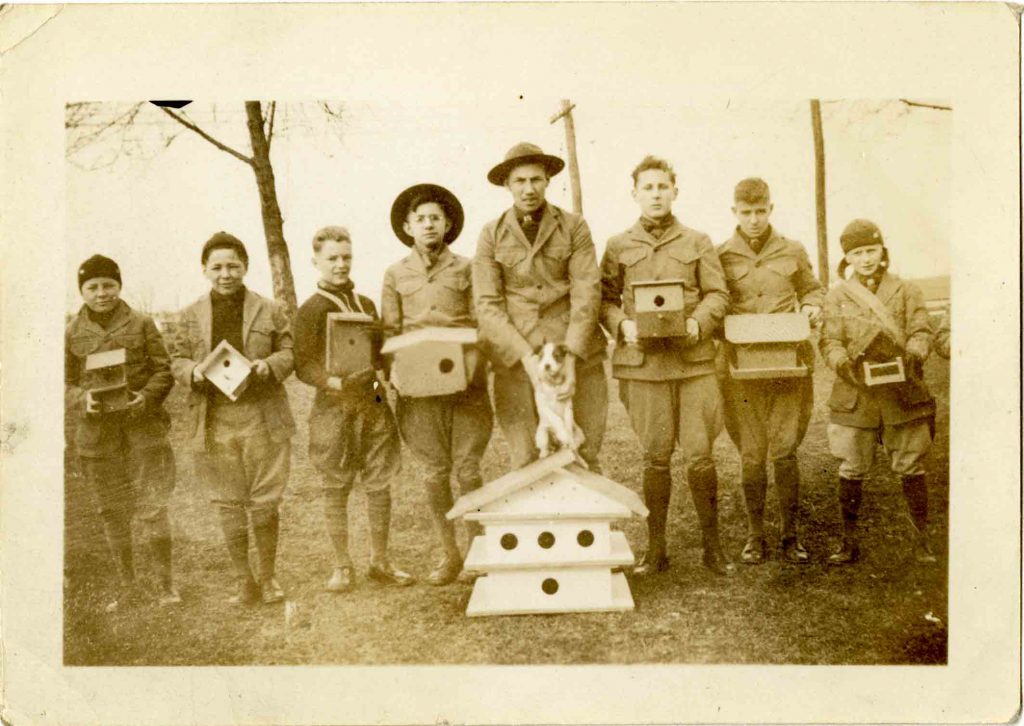