Each year, Milton Hershey School pays tribute to those alumni who gave the ultimate sacrifice for our country. During World War II more than 1,000 alumni served their country. Milton Hershey requested that the school honor those that paid the ultimate sacrifice. Principal W. Allen Hammond wrote letters to a relative of each alumnus who lost their life, “At the suggestion of Mr. M. S. Hershey, founder of our school, we shall print a Gold Star card of those boys from our school who have thus far given their lives in defense of our country… Mr. Hershey and the school are very proud of the record which some eight hundred homeboys are making in this war and our hearts go out in loving sympathy to those thirteen of you who have laid such a precious sacrifice on the altar of freedom.”

Beginning in 1954, the Memorial Service assembly honors those that gave their lives in service during a time of war or conflict. The first program, sponsored by the Student Senior Senate, honored the memory of Milton and Catherine and school staff in addition to the Gold Star Alumni. 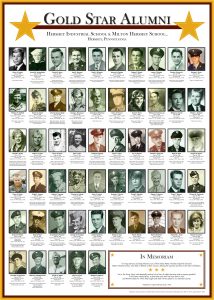 During the ceremony, the roll call of the Gold Star Boys was read followed by 30 seconds of silence. After the roll call, the service ended with the haunting sound of the trumpet taps. Representatives from each Junior and Senior Division student home then took wreaths from the Junior–Senior High School auditorium, where the assembly was held, to the Hershey Cemetery.

In the years since this first Memorial Day Service, annual assemblies have been held to pay tribute to those who serve our country. In a message given by Junior-Senior High School Principal Hammond in 1957, Memorial Day was called, “a day of heroes, a day to remember their sacrifices and their deeds; a day of memories of loved ones and friends; a day when all are united in a common purpose to honor and to remember others – and what they did to preserve our country and freedom.”

The school’s Memorial Day Assembly continues to be a time of reverence and respect. The story of one of the Gold Star alumni is shared, and the roll call is read with photos of the Gold Star alumni. After the playing of taps, our students leave in silence and the seniors then travel to the Hershey Cemetery for a graveside service. In addition, students volunteer to honor the school’s Gold Star Alumni by marching in the Hershey Memorial Day Parade. 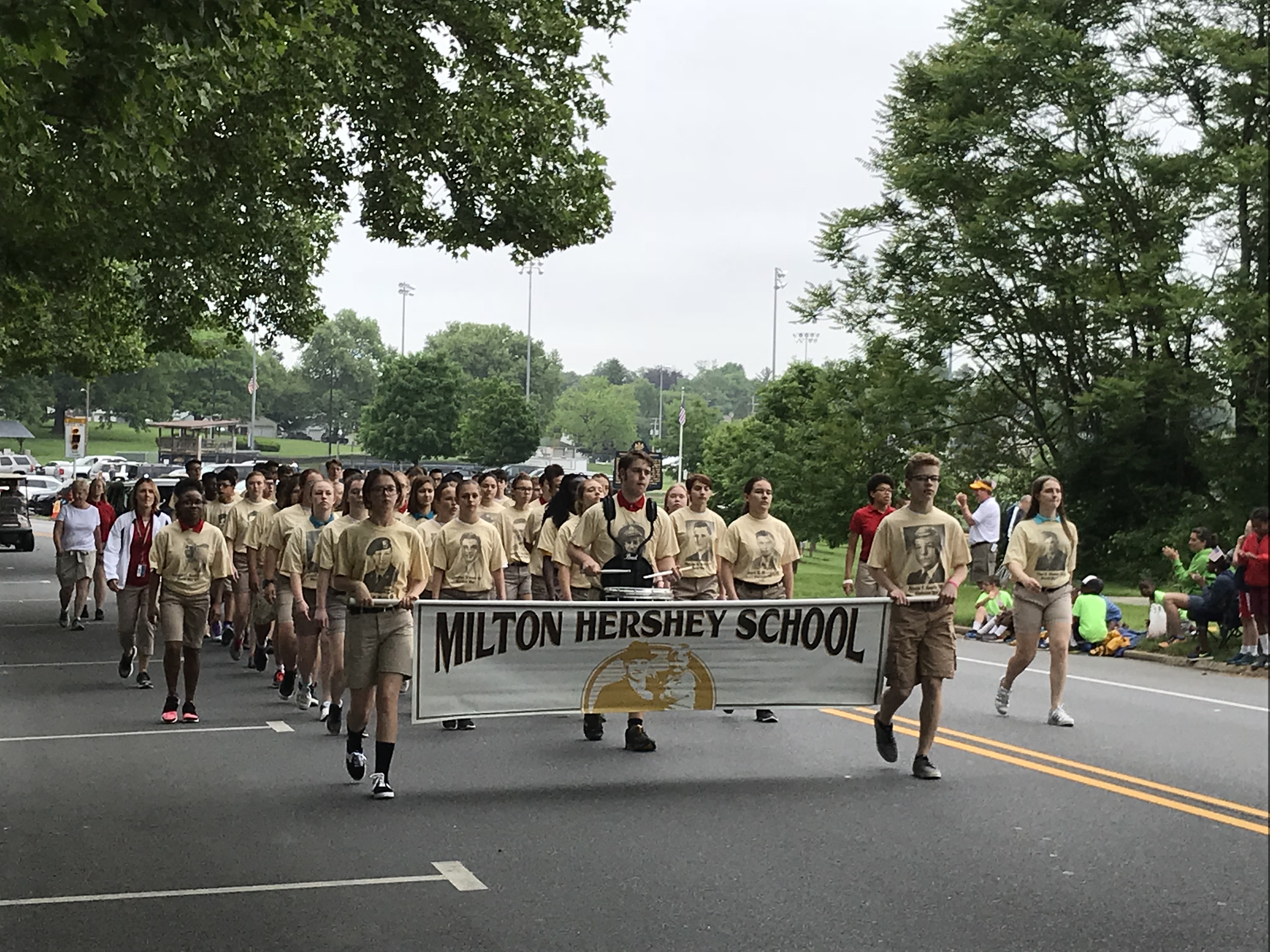 In 2006, Angela Talavera-Soto ’00 spoke at the assembly and focused on honor and duty. Angela stated that she was a, “testament of failure gone right,” because one person truly had enough faith in her so she eventually believed in herself. This also is a testament to Milton Hershey, his perseverance, and the power of a caring community to transform the lives of thousands of children.

MHS is proud of all of our alumni who have served and serve our country in military service. The Graduate Programs for Success Division (GPS) works to enhance the school’s individualized support for students in grades 8-12, as well as for graduates who are entering the military, college, technical programs, or the workforce.

Milton Hershey School Honors our Gold Star Alumni who served and died while in honorable active military service to their country: