Who I Want to Be

By Dominique, a sophomore at MHS

When I was in ninth grade, the boys were already defining my exercise abilities in gym class. As a competitive, athletic girl who was new to co-ed gym classes, I was not very pleased when boys didn’t pass me the ball just because they felt like I wasn’t as good as them. I wanted to prove to them that I could be just as competitive, but I didn’t know how.

At first, they noticed I was a fierce team member during ultimate frisbee. However, when it came to football, basketball, soccer, or speedball, I was never passed the ball when I was open and had a clear shot to score. This made me feel useless even though I was very useful.

Over time, I found a way to boost my confidence as a girl in this type of situation through an event that happens annually at Milton Hershey School. It’s called Girls Grace, a 12-hour event that empowers girls to be who they are. Approximately 200 girls go every year, including the wonderful adult ladies who attend as chaperones. 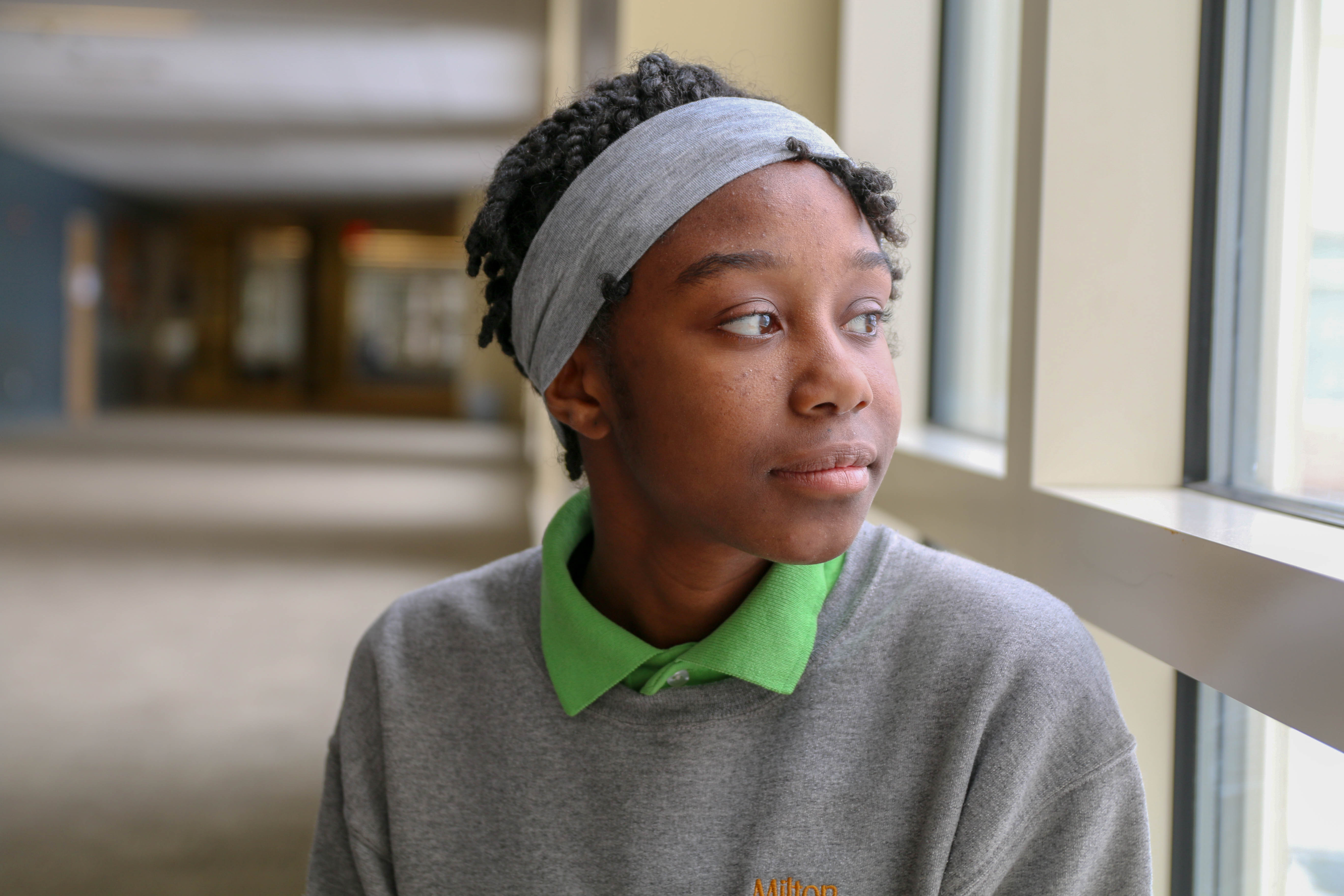 As a sophomore, I have gone to Girls Grace for the past two years and enjoyed it. The experience of being surrounded by other young women who want to build up others is empowering.

During this year’s event, the adults handed out a book called “Because I Was a Girl” by Melissa de la Cruz. The book shows different women, from young to old, talking about their experiences as a girl and what they’ve had to go through.

It empowers and encourages me to be who I want to be and not what people expect of me.

This gives me more inspiration to show the guys in my gym class what I have to bring to the game and how I’m not going to be a watcher, but a player. 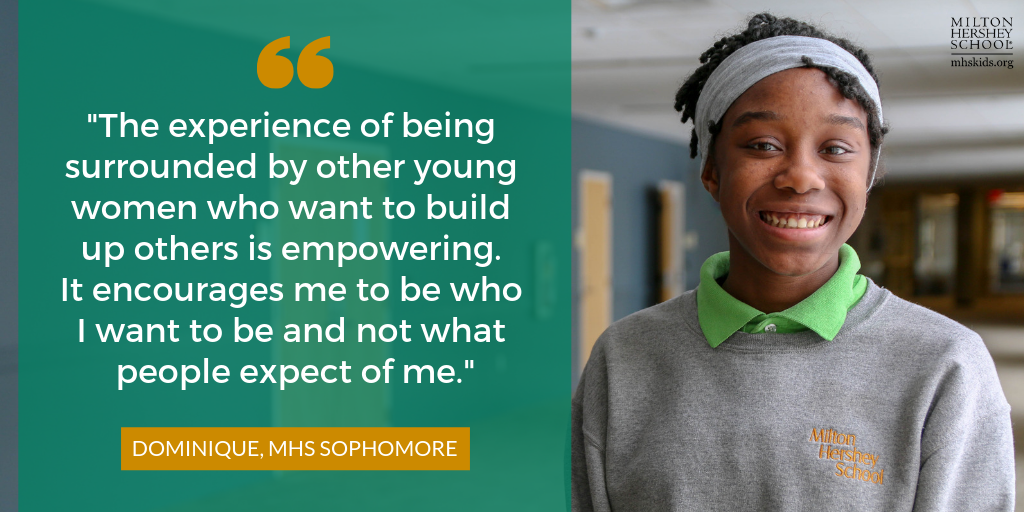 Dominique enrolled at MHS in fourth grade from Altoona, Pennsylvania.