A Timeline of MHS Commencements through the Years

Commencement is a momentous occasion at Milton Hershey School. For MHS students, this campus has not only been their school but also a home away from home.

In the early days of the school, students’ education ended when they reached the age of 18. In June 1921, the first two students, William Rogers and Jacob Weber completed the academic program. Superintendent George Copenhaver felt the students needed a more structured high school level education, so instead of expanding the program at the school, in 1922, he proposed a more cost-effective move to Milton Hershey. Two years later, Hershey Industrial School students began attending Hershey High School and in 1926, the first HIS students graduated from Hershey High School. 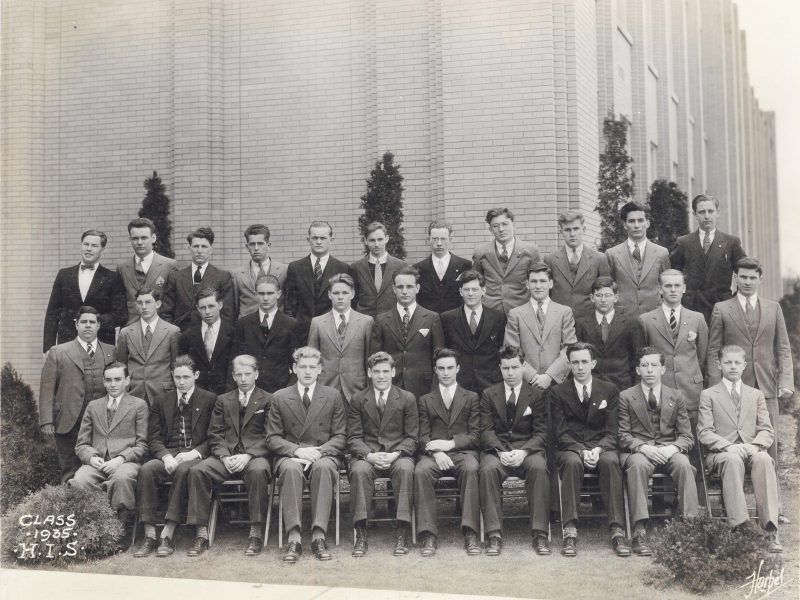 The first graduation ceremony for The Hershey Industrial School took place for the class of 1935 after the Junior-Senior High School (now Catherine Hall) opened. Held in the Hershey Theatre, the theme was “The Contribution of the Hershey Industrial School to Citizenship” and three members of the Senior Class were the commencement speakers: James Dower Jr., Vocational Programs; Joseph Gumpher, Commercial Programs; and Eugene Leiter, Academic Programs. Milton Hershey presented the seniors’ awards.

During World War II, the school’s commencement ceremonies had fewer attendees because many students were serving in the military. The 1942 and 1943 commencements were held in the Junior-Senior High School auditorium. In 1945, many of the graduates were away fighting in the war. Blue Star Banners on their chairs honored their service and noted their absence. 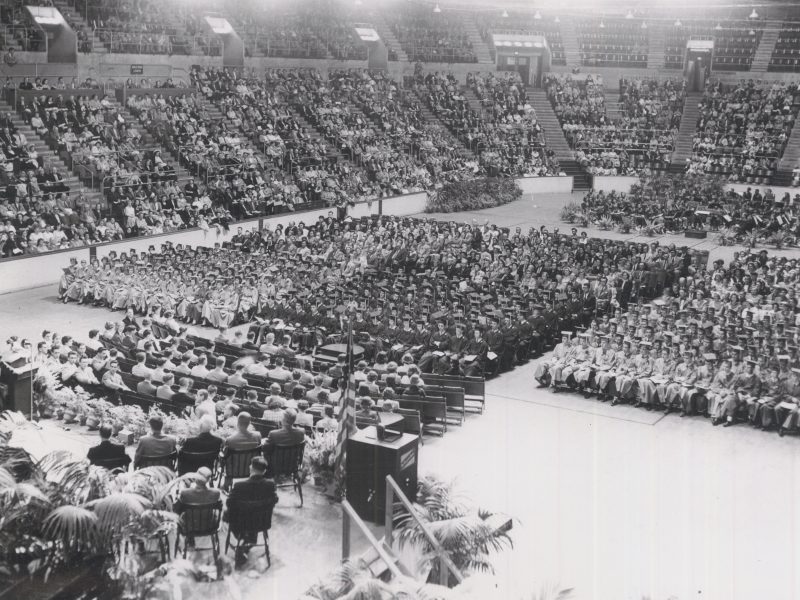 The town of Hershey celebrated its 50th anniversary in 1953. To commemorate the occasion, Milton Hershey School, Hershey High School, and the Hershey Junior College held a joint commencement in the Hershey Arena with bands and choruses from both high schools participating. The address, “Framework of Peace,” was given by Dr. Milton Eisenhower, president of Pennsylvania State College (now University) and brother of President Dwight D. Eisenhower.

When planning for Founders Hall, it was important that the building contain a space large enough to seat the entire school family for chapel and a stage big enough for performances. Dedicated in September 1970, the first commencement was held in the Founders Hall auditorium the following June. President of Pennsylvania State University, Dr. John W. Oswald was the speaker. Senior Thomas Rothert gave the welcome address and shared that, “Many significant and important events have occurred at Milton Hershey School this past year. All these events have had one purpose: to improve this school and its program.” 1971 was also the year that the first student of color graduated, Marshall Nixon. 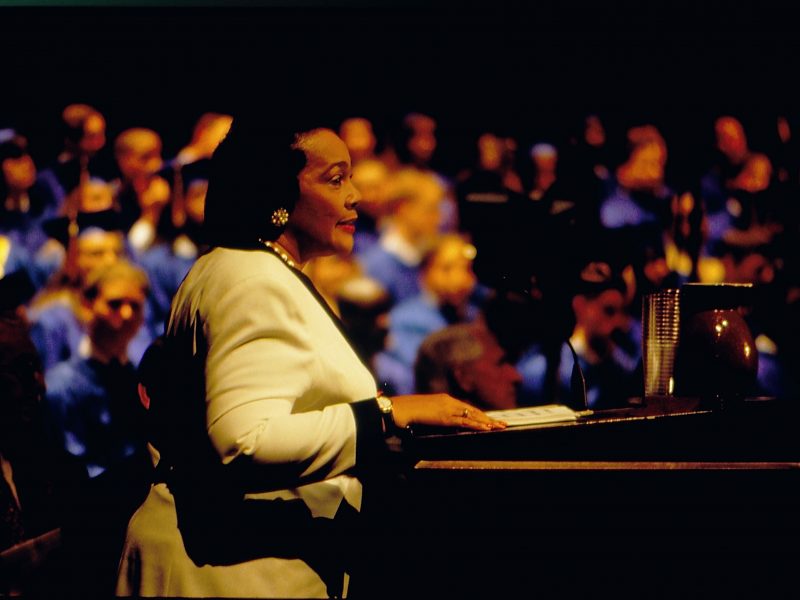 Coretta Scott King speaking to the Class of 1995 at MHS Commencement.

Over the years, many celebrities, and public figures spoke at Milton Hershey School commencement. In 1995, Coretta Scott King gave a memorable and timeless message. She spoke about her husband, Dr. Rev. Martin Luther King, Jr., and shared the message that non-violence should be a way of life. She also recited lines for one of Dr. King’s last speeches, 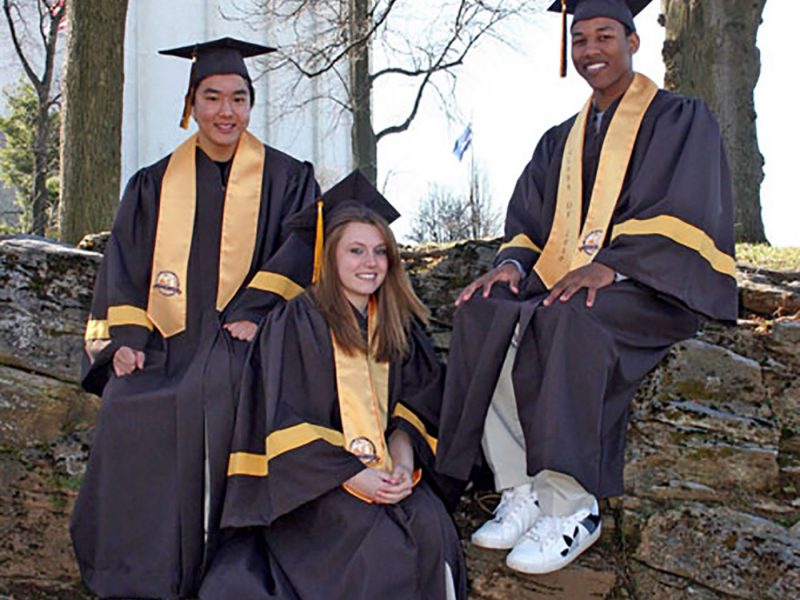 Seniors in the Class of 2010 at MHS Commencement.

The beginning of the 2009 academic year marked the start of the school’s centennial celebration—the 100-year anniversary of the founding of Milton Hershey School. The 2010 commencement featured the school colors with new brown and gold commencement gowns and sashes.

Although commencement was held virtually in 2020, it was still a grand celebration. Graduates and their families traveled in a car processional through campus with stops along the way to receive their class rings and diplomas. MHS students and staff lined the parade route cheering on the Class of 2020. 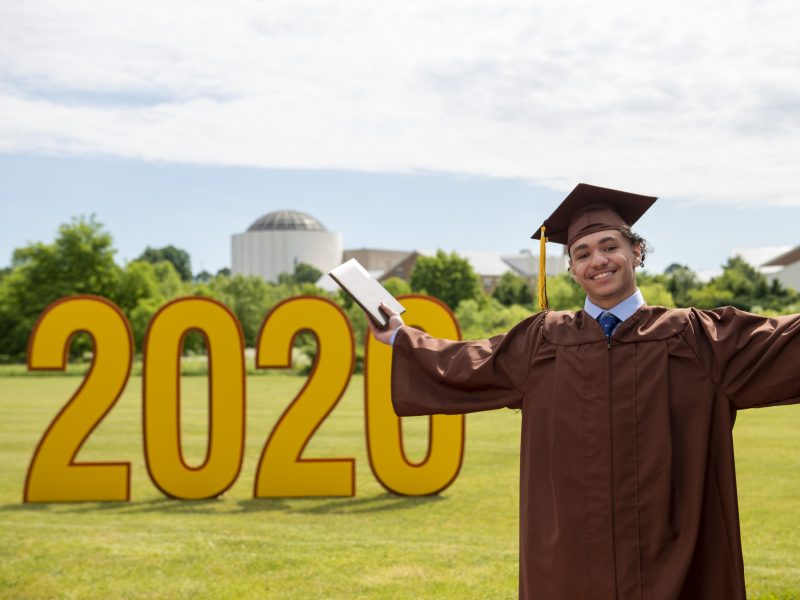 Senior from the Class of 2020 at Senior Celebration Car Processional.

After a reporter suggested to Milton Hershey that the school would be his monument, he replied, “They are my living monument, and I take my hat off to them.” No matter the location, Milton Hershey School commencement is a milestone in any student’s life that they will never forget. Milton Hershey would be proud of each of them—past, present, and future.