In 1909, our founders, Milton and Catherine Hershey, had the foresight to create a home and school for orphan boys that focused on giving them the opportunities they needed to succeed. Many years later, Milton Hershey would leave his fortune to the school he and his wife created so that it could serve students for generations to come. Today, the school—now Milton Hershey School—serves more than 2,000 boys and girls at once and has more than 11,000 graduates. 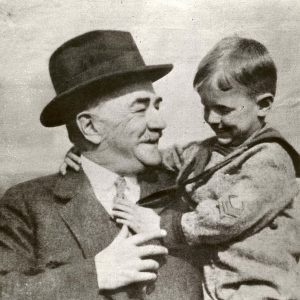 What’s miraculous is that Milton and Catherine Hershey had no idea the tremendous impact they would have on thousands of children across the United States. They had no idea that one day graduates from Milton Hershey School would go on to lead lives of purpose and impact because of the opportunities they provided.

The value of hard work, perseverance, and foresight was instilled in Milton Hershey by his mother. She, like all parents, wanted more than for her son to succeed, but for him to develop the skills to be resilient, generous, and forward thinking. After Milton’s apprenticeship with the printer turned out not to be a good fit, his mother arranged for him to begin an apprenticeship with a confectioner instead, where he learned the art of making candy—a career that would serve him well. 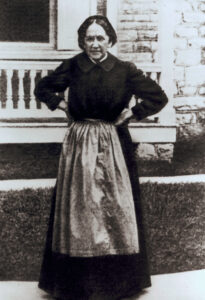 She had no idea at the time that her son would build one of the largest and most well-known chocolate businesses in the world—but she didn’t need to. He followed her advice, when he left home to start his first business in Philadelphia, “Milton, now that you’re going out in the world alone, my best advice to you is: when you tackle a job, stick to it until you have won the battle.” Fanny B. Hershey ultimately wanted her son to have every opportunity he could and was willing to do her part to make sure that happened.

A Legacy of Love

Milton Hershey saw the incredible gift that his mother had given him and wanted to ensure that all children—regardless of circumstances—had opportunities to learn and develop a passion. Today, MHS continues to honor this legacy through its emphasis on helping all students to reach their full potential and the expansion of the mission of the school to include Catherine Hershey Schools for Early Learning—an Early Childhood Education Initiative that will create six childcare centers for working class families across the state of Pennsylvania. 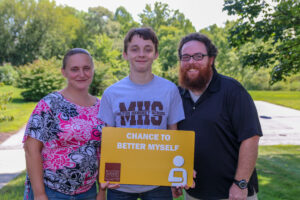 Most importantly, however, is that the selfless love that Mr. Hershey’s mother showed him is the same love MHS parents/sponsors show their children every day by giving them all the opportunities the school offers. MHS houseparents, teachers, and staff work with parents/sponsors to create a strong support system for each student.

Learn More About the Opportunities at MHSReview MHS Admissions Criteria