The first Hershey Industrial School alumni banquet was held on June 5, 1931, at the Hershey Inn. Milton S. Hershey said a few words and asked the alumni to be his guests the following year at his High Point Mansion home, and the Hershey Country Club. This invitation was heartily excepted by all. 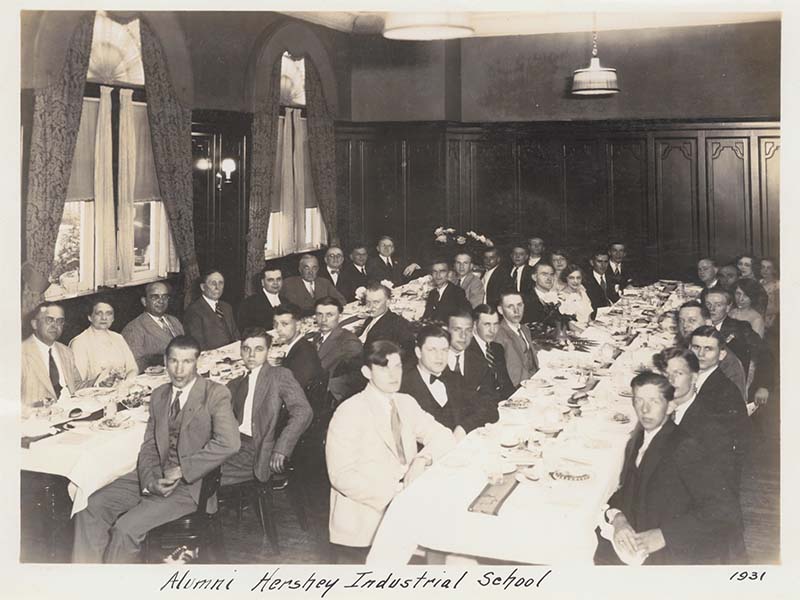 In 1936, the student-produced School Industrialist publication reported that, “Mr. M.S. Hershey became quite reminiscent in the course of his talk, taking his listeners back some seventy-two years to the time when he, as a boy of seven, went to school in a one-room schoolhouse, which was situated on the site of the present Community Building, of the development of the community of Hershey to the heights it has now reached. He also remarked: ‘Boys, in all of your dealings, be honest with yourself [and] with others.’”

The homecoming banquet in 1941 was held on Founders Day, Nov. 15, and was reported to be the biggest and best yet placed on record. Milton Hershey attended the banquets in the 1940s and always spoke a few words.

A different atmosphere prevailed at homecomings in the mid-1940s with many alumni serving overseas in World War II. There was no homecoming football game in 1942.

The School Industrialist reported that, “furloughs are a hard-to-get thing. The overcrowded conditions of transportation facilities will keep others away. And the rush of production in factories will prohibit still others from being present. But some of you will manage to make the trip and spend a day of cheer and fun and see many member and friends you haven’t seen for a year or more.”

The school and alumni celebrated the 50th anniversary of Milton Hershey School in 1959 and “in the opinion of many alumni, will go down in history as the best in the first 50 years of MHS history.” 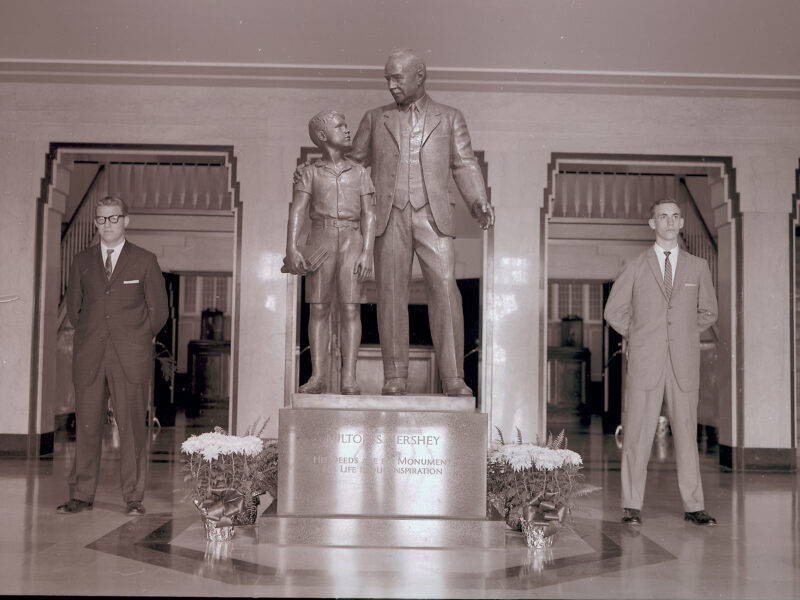 Festivities included the presentation of the Milton and the Boy statue which was installed in the entrance of the Junior-Senior High School (now Catherine Hall) in 1960, the annual business meeting, and a dance in the Hershey Arena that was open to the public. A parade featured a float built by the students and the United States Air Force drill team as special guests. Each alumnus received a 50th anniversary commemorative plate.

Homecoming 1970 was combined with the dedication of Founders Hall on Sept. 13, Milton Hershey’s birthday. Alumni celebrated at the Cocoa Bean football game and with a banquet held in the Camelot Room. 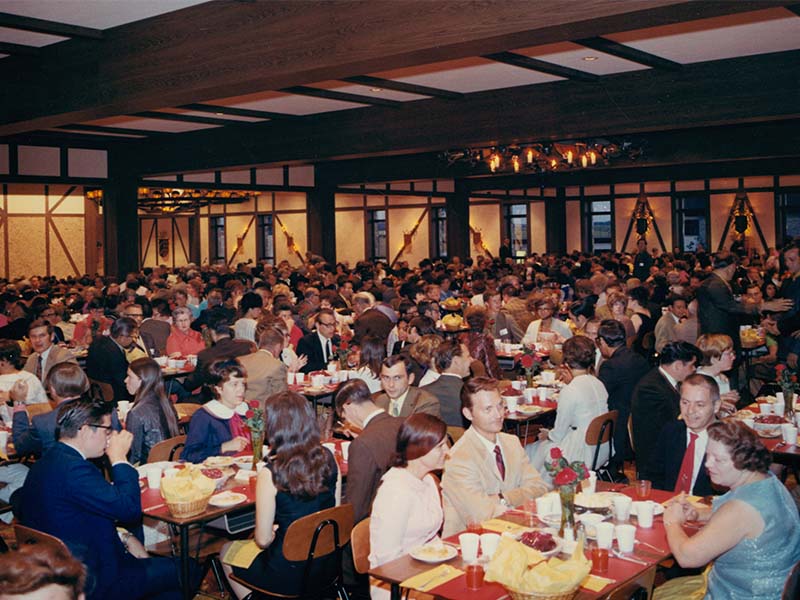 Regardless of its time in history, homecoming at Milton Hershey School is like no other—for it is coming home for our thousands of alumni.

Milton Hershey expressed this in an article in Liberty Magazine, Sept. 13, 1924. “We tried to make it just as real a home as possible, and, to make them [the students] happy.”