Milton Hershey and the City by the Bay

Our work in the school archives never fails to surprise and inspire us. Just when we think there is nothing new to discover, something unique comes to light. In this case, we rediscovered a lost connection between Milton Hershey and the city of San Francisco. A connection documented in photographs but lost in the sands of time until now.

We recently came across an unmarked, well-worn, leather-bound album containing 24 large-format photographs, one photograph printed on each page. On the first page of the album, there was flowing handwritten script: “Pennsylvania at the Panama Pacific International Exposition, San Francisco, 1915.”

The purpose of the exposition was to celebrate the completion of the Panama Canal in 1914 and also celebrate the recovery of the city from the 1906 earthquake. Each page in the album contains a single photograph depicting an aspect of the Pennsylvania Building—a building at the exposition that was devoted to showcasing noteworthy aspects of the state. There also were handwritten captions included with each photo. 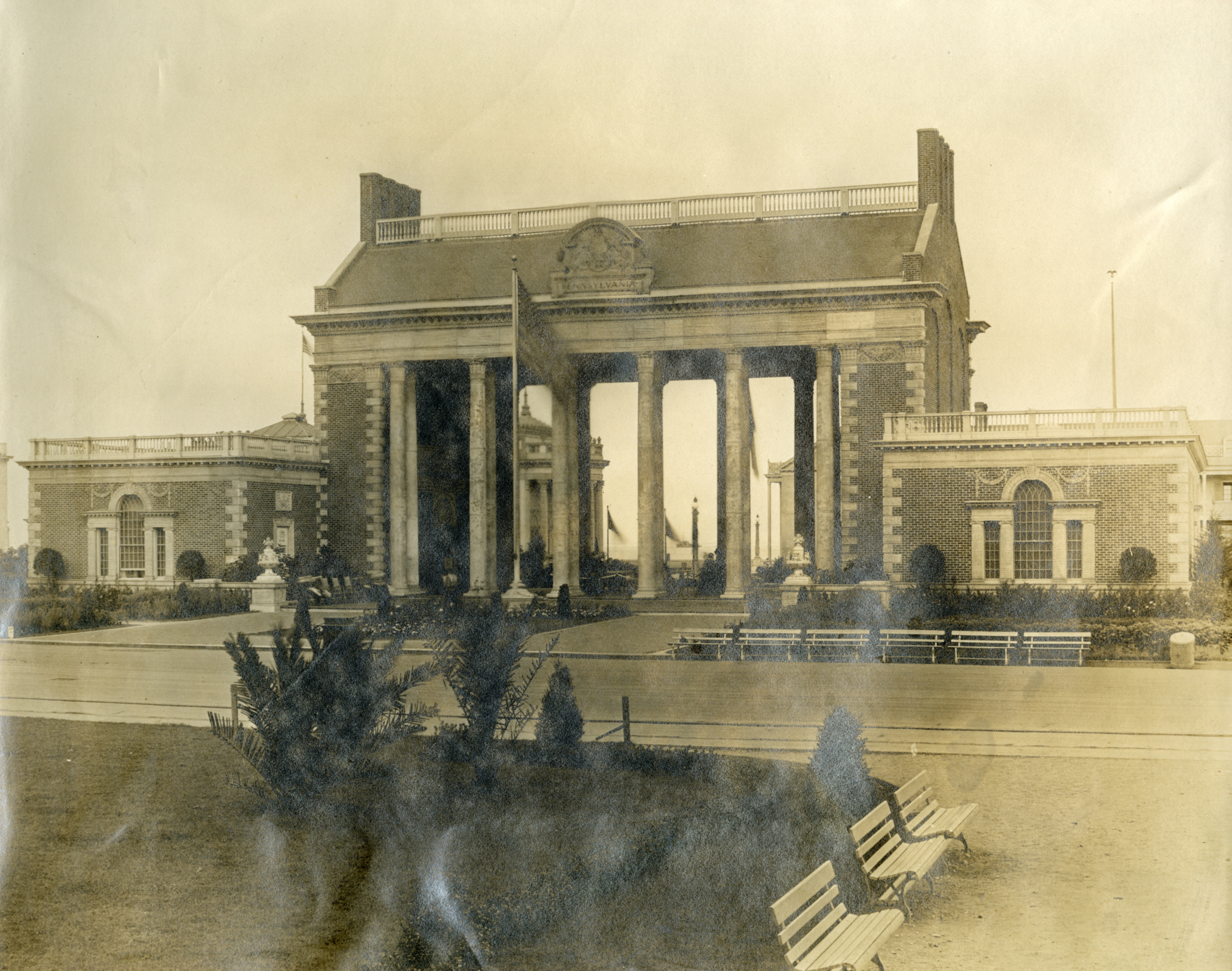 We had no idea what the connection was to Hershey until we took a close look at the third image in the album.  This image shows a large plaque on the side of the Pennsylvania Building that proudly proclaimed the names of the Members of the Pennsylvania Panama Pacific Commission. Under the name of Martin G. Brumbaugh, then governor of Pennsylvania, are listed the names of commission members—including M.S. Hershey. We had no idea Milton Hershey was involved in the planning for the exhibition and even less of an idea that his name once appeared on the side of a building in San Francisco! 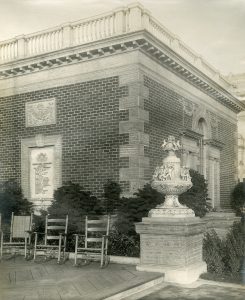 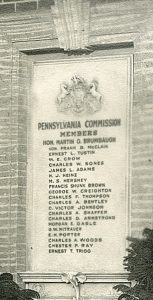 The exposition opened on Feb. 20, 1915 and closed on Dec. 4 the same year. During this period, the exhibition hosted nearly 20 million visitors. The Pennsylvania Building was one of the most visited of the exposition buildings. The building served as home to the Liberty Bell, which was on loan from Philadelphia—the last time the bell has left the city. Each day, the Liberty Bell was rolled from a secured vault and placed in the gallery of the Pennsylvania Building where it could be viewed by throngs of visitors. 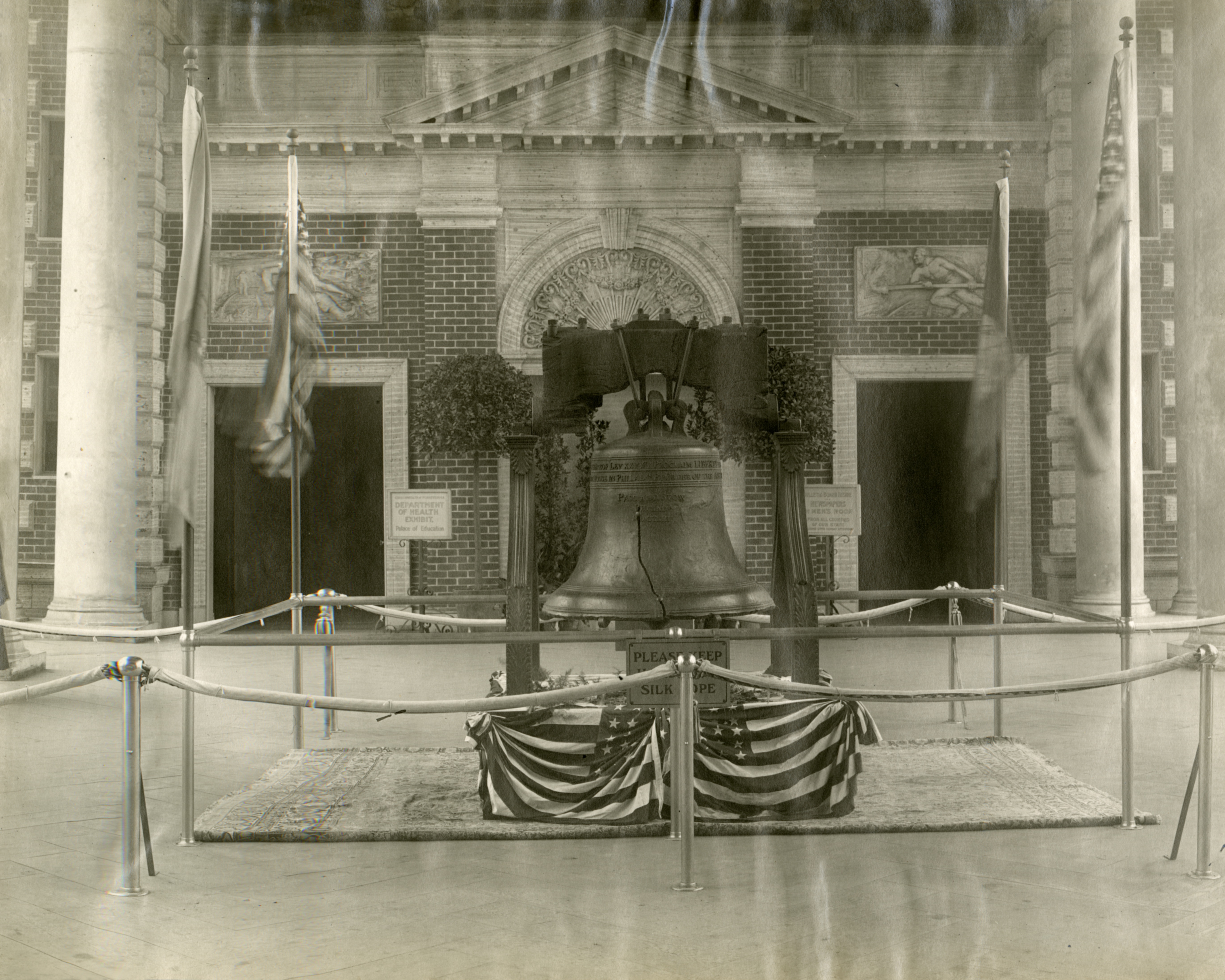 The Liberty Bell in the loggia of the Pennsylvania Building

Within the album, interior views of the building show a series of murals by artist Edward Trumbull as well as a variety of rooms, including a “Moving Pictures Auditorium.”  Milton Hershey’s interest in serving as a commission member may have been triggered, in part, by his interest in the possibilities that film offered in advertising his product to new audiences.

By 1915, Hershey and the Leggett-Gruen Company, a motion picture production and distribution company based in New York, had already produced three silent short films depicting Hershey’s manufacturing process from milk production on model dairy farms through the processing, packaging, and promotion of the final product.

Although there is no information on what was actually shown in the Moving Pictures auditorium, it is not hard to imagine Mr. Hershey’s excitement about the possibility of showing films like this to people from all over the world! 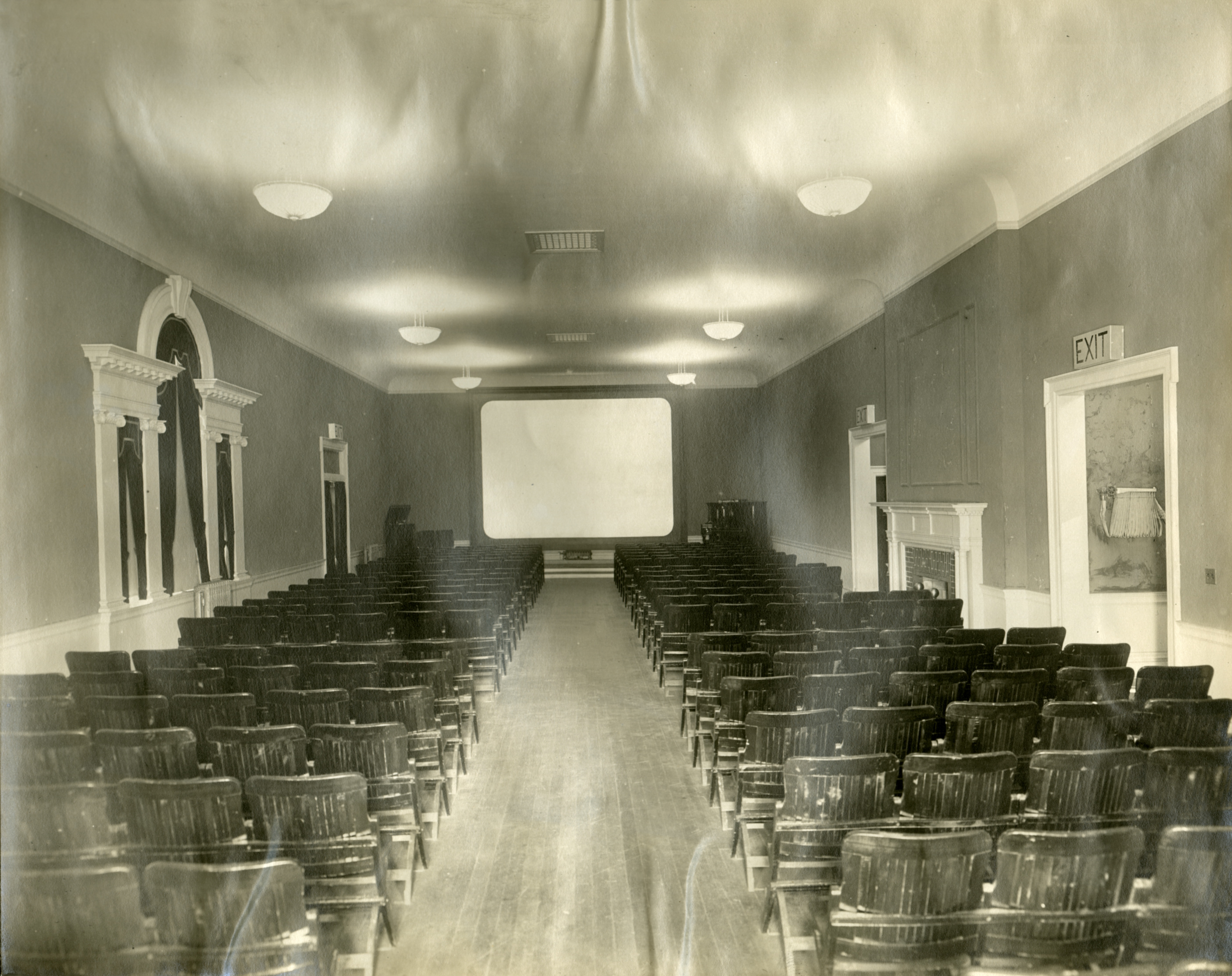