When asked by a reporter for the New York Times in 1923 about his reasons for setting up the school as he did and to include just boys, Milton Hershey explained, “The orphan boy has a harder time than anybody else, you know. There are always relatives or outsiders to take an orphan girl. Girls are useful in the home, and people are glad to get them. But boys are likely to be looked upon as a nuisance. The more spirit they have the bigger the nuisance, from that standpoint. So, I want to help those boys.”

Milton Hershey’s reasoning comes from the time and place he and his wife, Catherine, lived and Milton’s own childhood. He enjoyed his years living in the country, gathering nuts, sprouting potatoes, and helping with chores. Additionally, the early Hershey area consisted primarily of farms and Milton Hershey knew that little boys could not be useful doing the physical work of farming.

The Deed of Trust that created the school in 1909 has been changed over the years to reflect changes in society, with Milton Hershey setting the precedent during the depression. Each change increased the pool of children that could be enrolled and helped. Former President Dr. John O. Hershey reflected that “for years and years, I would have liked to have seen girls in the school. I think it’s healthier for the fellows that they can grow up with girls.”

Like the integration of the school in 1968, the enrollment of girls was well-thought-out. On November 15, 1976, the date the school was founded, approval was given for the Deed of Trust to be restated to admit girls and children whose parents were living. The plan was to enroll girls in the lower grades and gradually increase the number. However, the adjustment of the girls to the School and the ability of the staff to meet the needs of female students were above expectations and the plan accelerated.

The first elementary girls were admitted on March 14, 1977, and by July 1977, the first girls were enrolled in the Intermediate Division and by July of the following year, a Senior Division home was opened with the enrollment of female students. 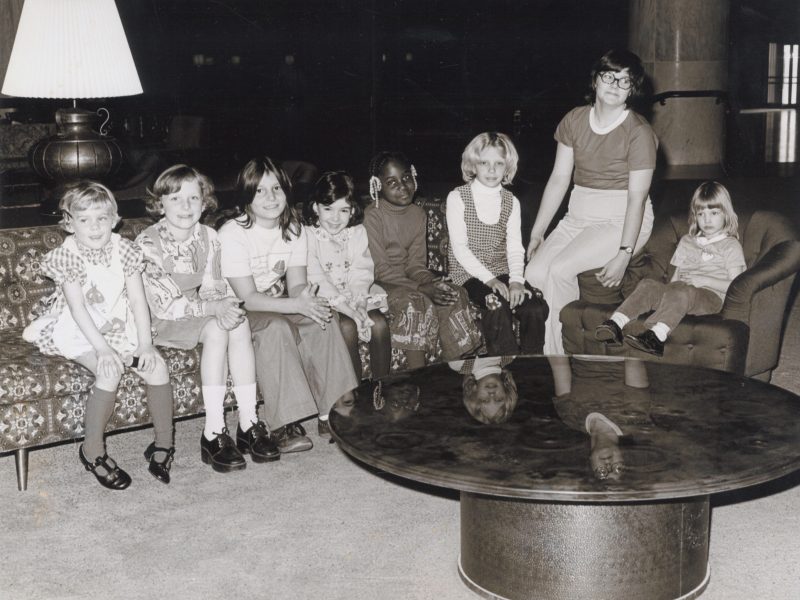 The first Elementary Division girls enrolled at MHS in March 1977.

Bringing girls into an all-male culture required some education for the boys and also adults. Counseling sessions were held where boys and girls could share thoughts and strategies for creating a better environment for all students in the School.

Until this time, MHS students called themselves “Homeboys” so the planned addition of girls presented the opportunity to be creative. An article in the student-produced Spartan magazine titled “GIRLS, WHAT ARE GIRLS?” gives insight on the male student’s perspective about the change in a humorous way.

Our Alma Mater has been deftly changed to accommodate both sexes, and in all of the legal documents all instances of the words “boy” or “boys” or “‘male” have been modified to read “child,” “children,” “student,” or “students.” Beginning there, the term “Homechildren” might be considered as a substitute for Homeboys, or the more proper sounding “Homepopulace,” “Homepersonage,” or “Homemasses” might be pondered for adoption…Long live the “Homewho?” As you can see, there will be some debate over which term will be adopted.

The article summed up the speculation by suggesting the addition of girls is so unique for the School that everyone would just have to wait and see. 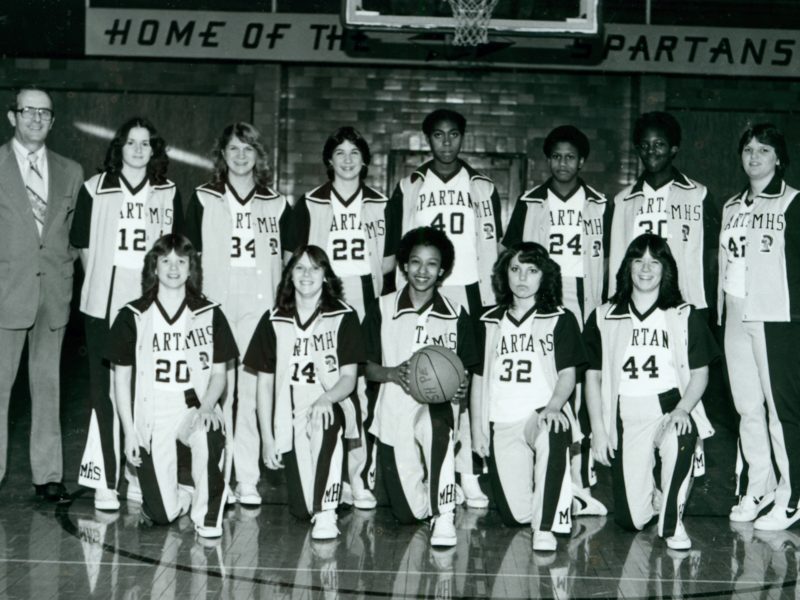 Retired Teacher and Boys’ Basketball Coach John Cook was asked to organize the first girls’ varsity basketball team. He knew he would have to approach coaching girls much differently than boys.

“We could play away—maybe score five points that first year in a game and coming back [in the bus], you never heard such singing. The guys would lose a game; the bus was totally silent. The girls were happy, no matter what. In the fourth year, they came along well enough that we played for the District Three championship.”

Cook, along with many others, believe that the enrollment of girls is the best move the School has ever made. Catherine Hershey’s friend and traveling companion, Ruth Hershey, shared that if Catherine had lived longer, “she wanted to do more for women. She would have had a girls’ school.”