The History of Founders Hall: A Tradition of Excellence

Milton Hershey dedicated his fortune to help low income children reach their full potential. He made sure that all students had everything they needed to have a successful start in life. This included the construction of state-of-the-art facilities, including:

It was a multi-purpose building built in 1921 that contained classroom and bedroom space.

“The building is splendidly equipped, modern in every detail and affords to the boys of the school an opportunity that is hardly equaled anywhere.” –The Hershey Press, Nov. 17, 1921 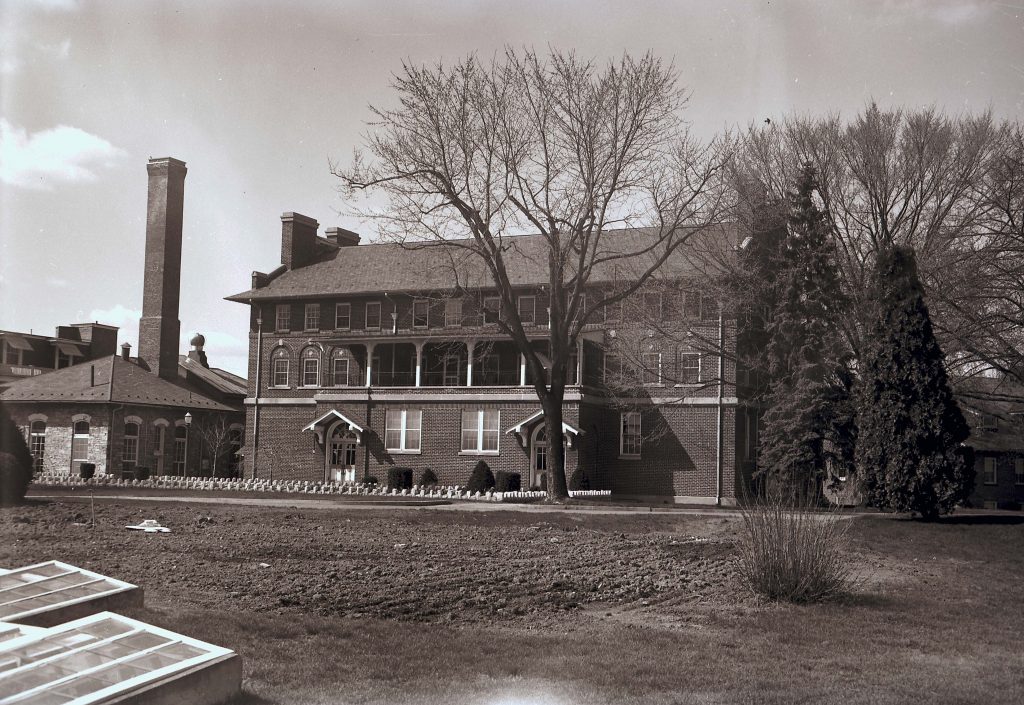 Built in 1927, it was believed to be the first elementary school in the nation to have an indoor swimming pool.

“The large three-story brick structure… is reputed to be one of the most modern schools in this part of the country.”–The Hershey Press, Sept. 1, 1927 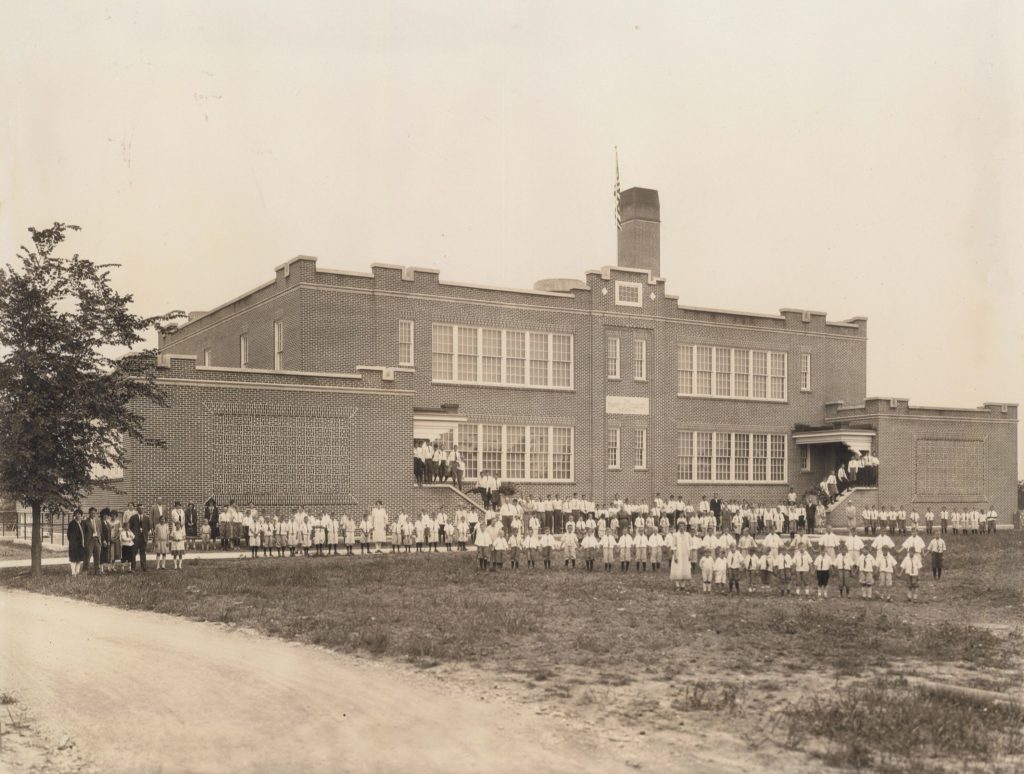 It was built in 1934 on what was known as Pat’s Hill and included 13 interconnected buildings containing offices, classrooms, and vocational shop space.

“There is no school organization in Pennsylvania or in the country which excels this new school plant in its comprehensive provision for the education of boys.” –Dr. James N. Rule, State Superintendent of Public Instruction Lebanon Semi-Weekly News, Nov. 19, 1934 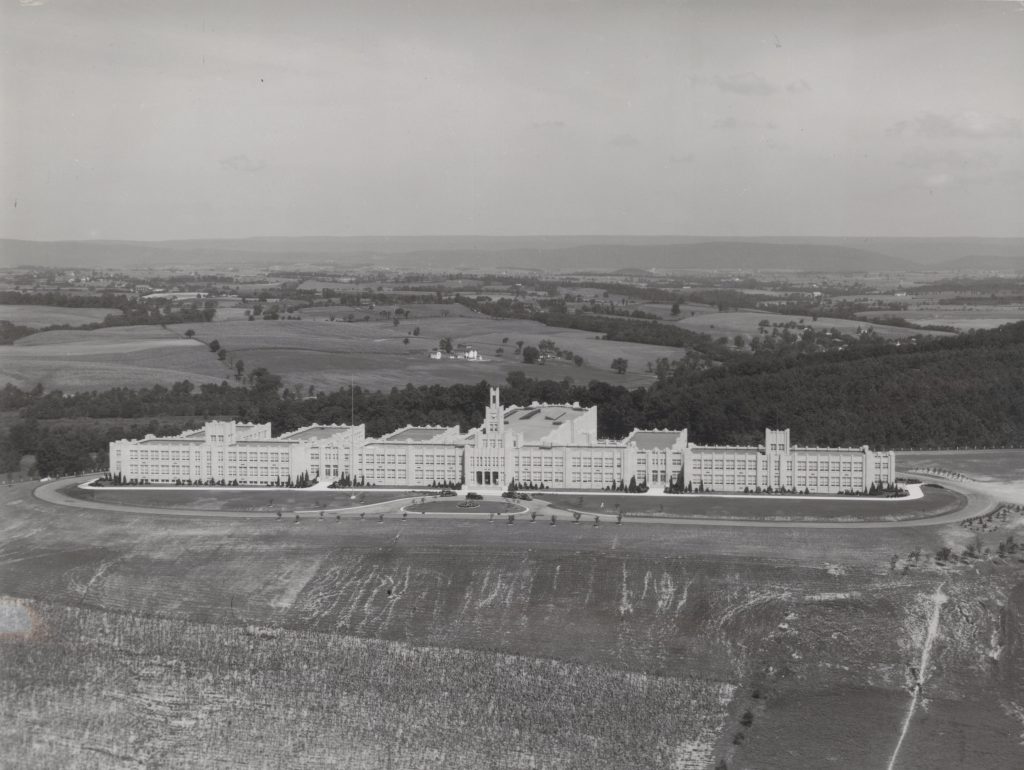 The Founding of Founders Hall

Although the construction of these new facilities was interrupted by World War II and the death of Milton Hershey in 1945, the 1950s welcomed a period of renewed energy and vision. As the school prepared to celebrate its 50th anniversary in 1959, it assembled a committee of nationally recognized experts to assess programs and the facilities needed to move these programs forward.

In 1960, the recommendations of the Anniversary Evaluation Committee directed growth and the direction of the school for the next ten years. Celebrated as “A Decade of Progress,” the 1960s led to the renovation or construction of over 100 student homes as well as the construction of a new middle school in 1966 named in honor of Catherine Hershey.

The final report of the Anniversary Evaluation Committee also recommended construction of “an administration building in an appropriate location.” In 1970, Founders Hall was built as the new administrative center in honor of both Milton and Catherine Hershey as cofounders of the school. 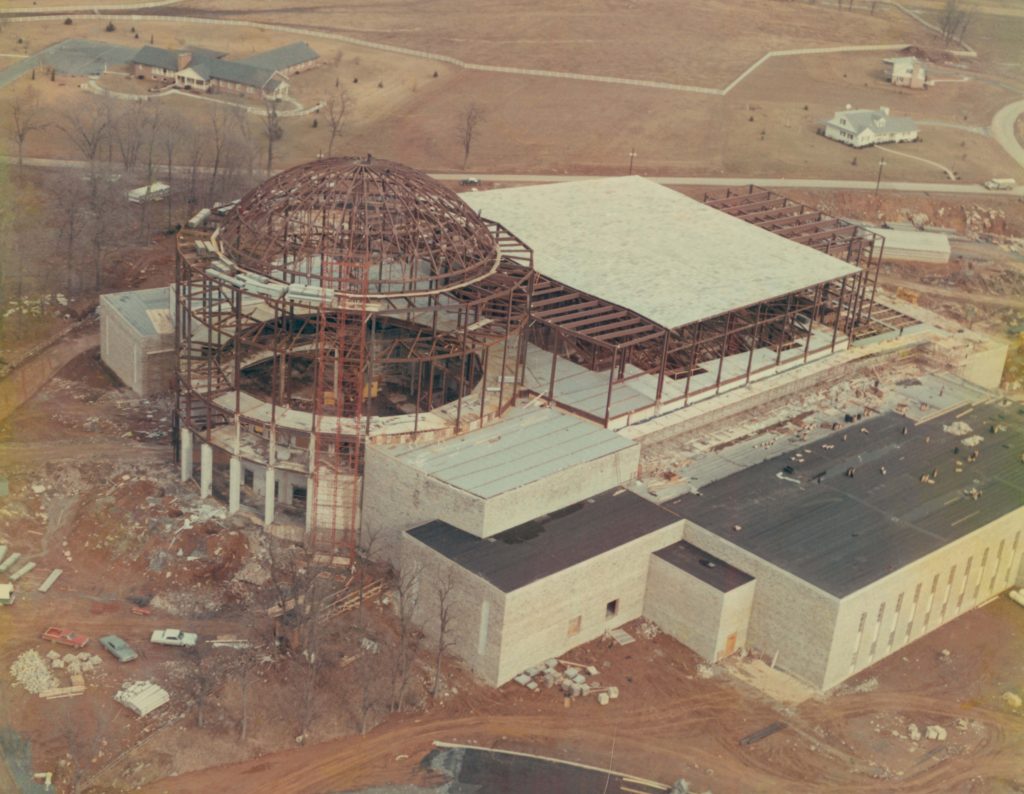 After three years of construction, the dedication of Founders Hall took place on Sept. 13, 1970 during Sunday chapel on what would have been the 113th birthday of Milton Hershey and the 60th anniversary year of Milton Hershey School.

Dr. Richard A. Rudisill addressed the crowd during the dedication and said,

“The accomplishment of the past is our inspiration for the future. The school is better prepared than ever before to provide for basic needs, educational advancement, and all of the elements necessary for the total development of each student’s potential.” 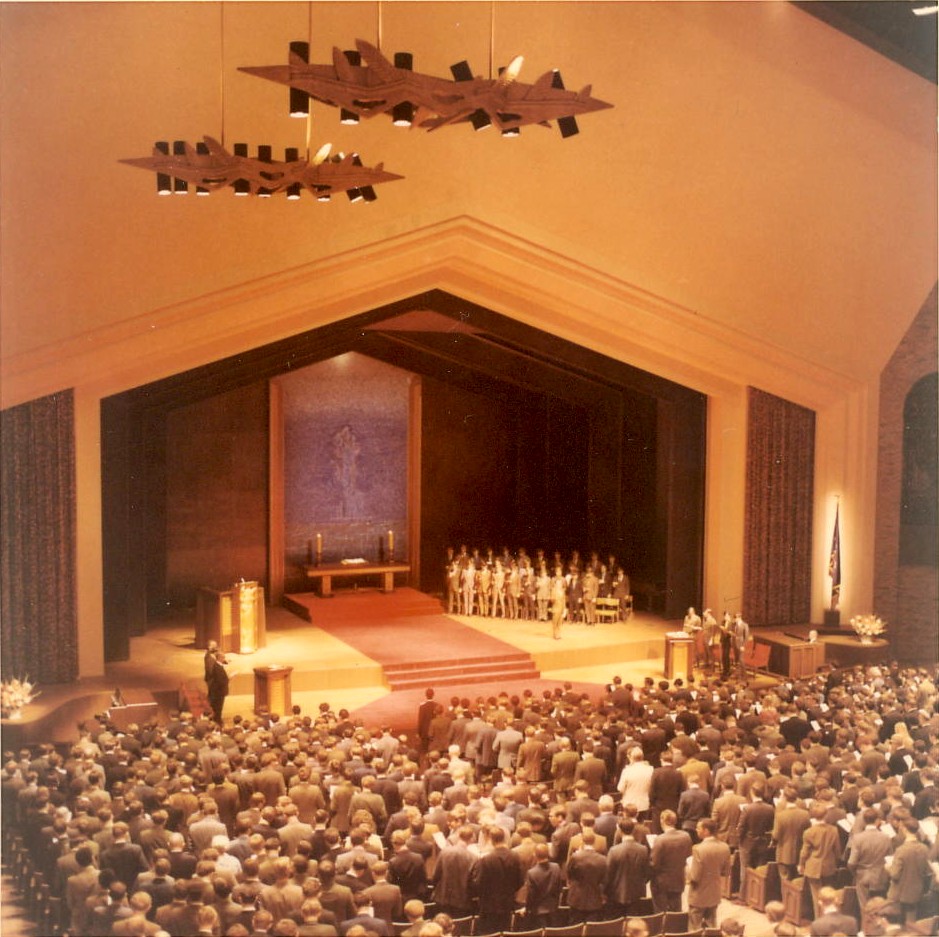 Constructed as an administrative center for the school as well as a physical memorial to Milton and Catherine Hershey, Founders Hall was intended to be both functional and beautiful. The building was to be worthy of the memory of our Founders, yet convey a sense of permanence and stability for prospective students and sponsors. 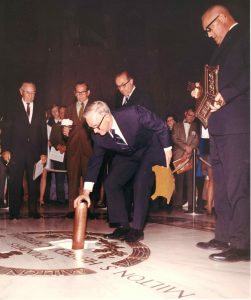 Placing the time capsule in the Rotunda during the Founders Hall dedication.

By intentionally combining classical and contemporary design elements, Founders Hall was meant to be a source of inspiration for the future as well as a commemoration of the past.  Classical design elements included a central rotunda and dome modeled after the Pantheon of ancient Rome as well as the use of marble. Instead of a cornerstone, Founders Hall includes a time capsule placed in the center of the rotunda.

Limestone echoed the Pennsylvania German heritage of the area and of the Hershey family in particular. Clean lines, flat roofs, and a lack of ornamentation or decorative detailing around doors and windows echoed the contemporary mid-century modern architectural style of the time.

Founders Hall, like buildings constructed by the school during the 1920s and 1930s, is a state-of-the-art facility. Modern in every way, these buildings reflected Milton Hershey’s interest in cutting-edge technologies and advanced design and safety features—including fireproof construction. It was one of the first buildings in the area to employ geothermal technology.

Functional and beautiful as well as enduring and inspiring, Founders Hall was conceived as a monumental statement to showcase the sacred mission of the school. 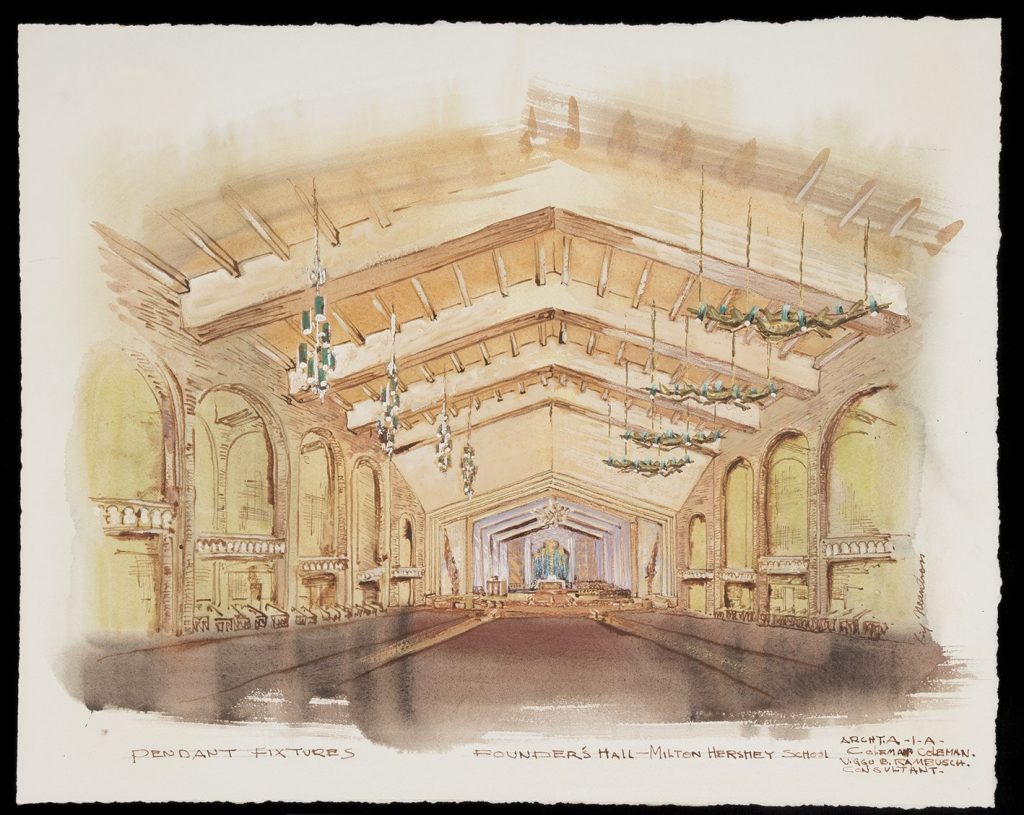 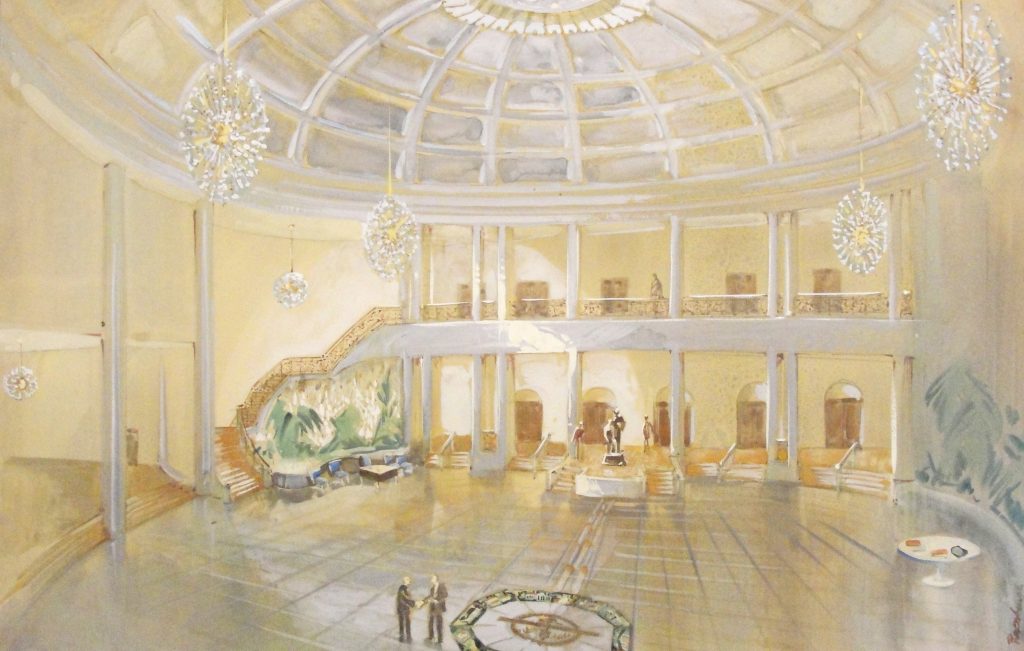 This concept drawing shows an early rendering of the Rotunda.