By Marcus, an MHS eighth grader

Marcus Rodriguez enrolled at Milton Hershey School in second grade after one of his parents was incarcerated. Originally from Lancaster, Pennsylvania, it took time for Marcus to acclimate to campus and find hobbies that interested him.

It was in seventh grade that he decided to challenge himself by trying a new sport: football. Marcus had only ever played backyard football, but he wanted to get more involved on campus.

“The school I came from didn’t have a lot of choices, so I really took the opportunity to do more here,” he said.

Marcus played a mix of offense and defense, learning the positions of linebacker and running back. Although he was excited about making the team, his seventh-grade year was only the beginning of his football career.

“I didn’t start my first year—I only got two minutes of playing time,” Marcus shared. “But this year [in eighth grade], I’ve played the whole game.” 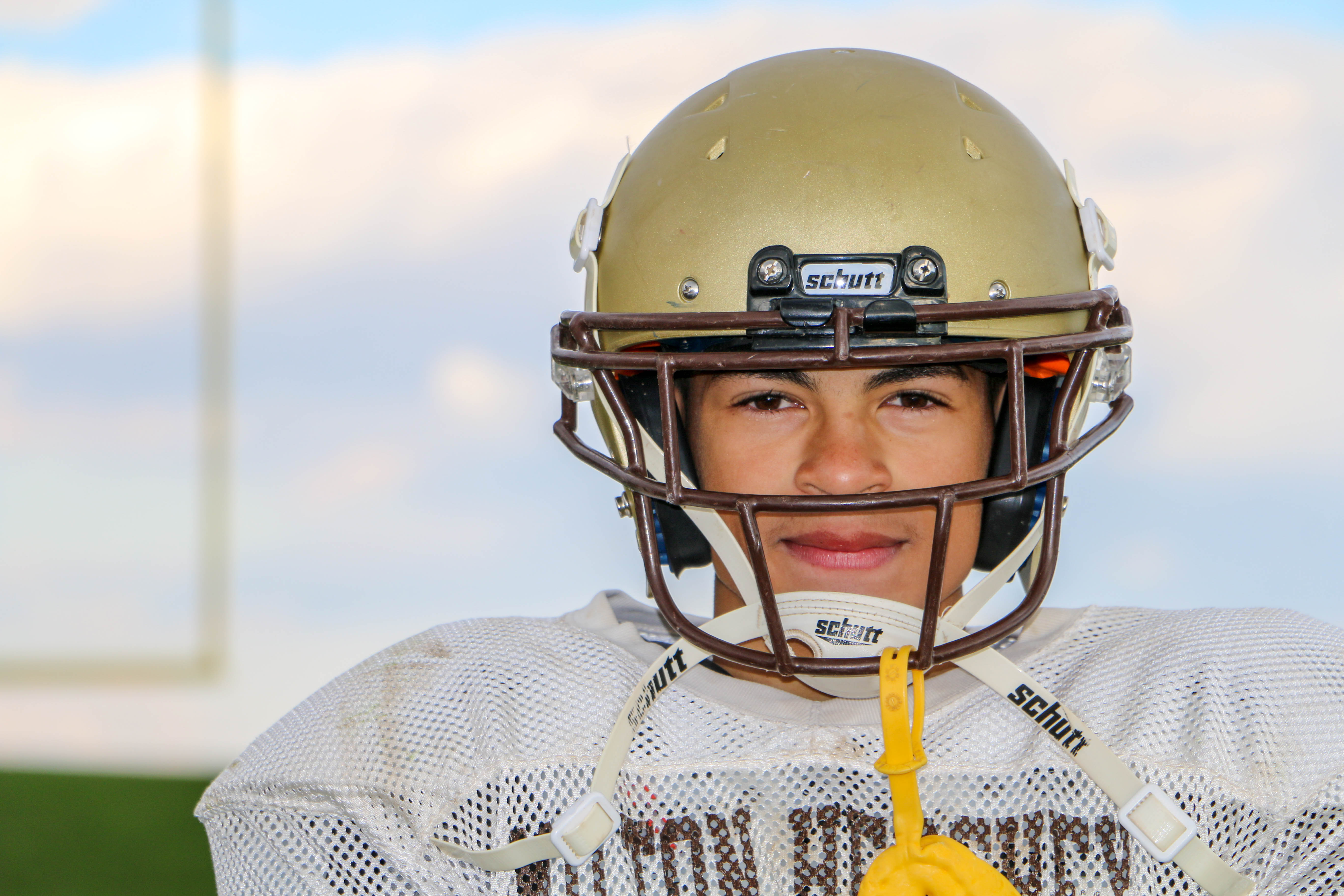 How did he achieve so much growth in only one year? Marcus attributes his success to work ethic and physical fitness. After football season was over, he joined a morning weight-lifting program during the winter months. Marcus increased his pull-ups by 10, his bench press by 60 pounds, and his leg press by more than 100 pounds—which helped him gain approximately 10 pounds of muscle.

He also realized that athletic success is about more than physical fitness. He committed to his academics, and as an eighth-grader, Marcus has increased his grade point average by 10 percentage points since last year.

“I started working harder. I knew what I had to do and I changed my behavior,” he explained. “It feels pretty good overall. I think I work really hard.”

Marcus also credits his MHS football coach for mentoring him and holding him accountable.

“Last year, Marcus was one of my morning weight-lifting students. He was the hardest working kid in the weight room,” said Chris Kimmel, an MHS middle school physical education teacher and football coach. “On the football field, he has been one of our best defensive players because of his work ethic in practice.  He comes to practice with a positive attitude and is eager to learn.” 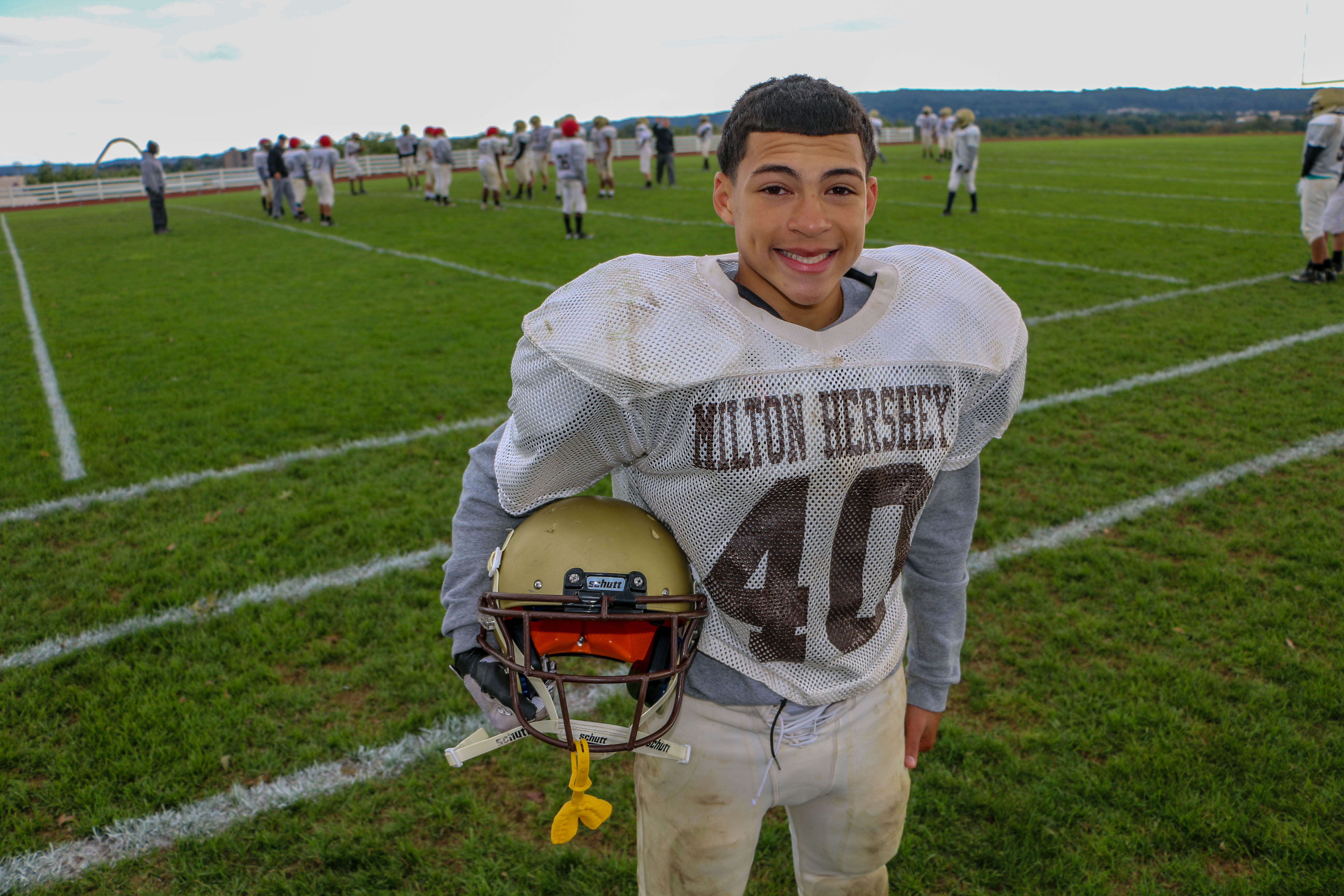 During his final year of middle school, Marcus remains focused on his academics and athletics. His growth mindset and work ethic have helped him develop leadership skills as well. During football practices and games, he holds himself responsible for being a leader to his peers.

“If someone’s doing the wrong thing, I talk to them. In the locker room, if people are yelling, I’ll go up and have a conversation with them before we head down to the field,” he said.

Marcus plans to join the middle school wrestling team this winter, and also plans to play both football and wrestling in high school next year. To prepare for the higher level of gameplay, he knows mindfulness is the key to his success. “I have to keep my mind well,” he said.

He also plans to establish concrete goals that will help him continue to achieve growth.

“If you want to do something, keep your mind on it. Always set goals. If you don’t have goals, you’re going to forget to achieve them,” he added. 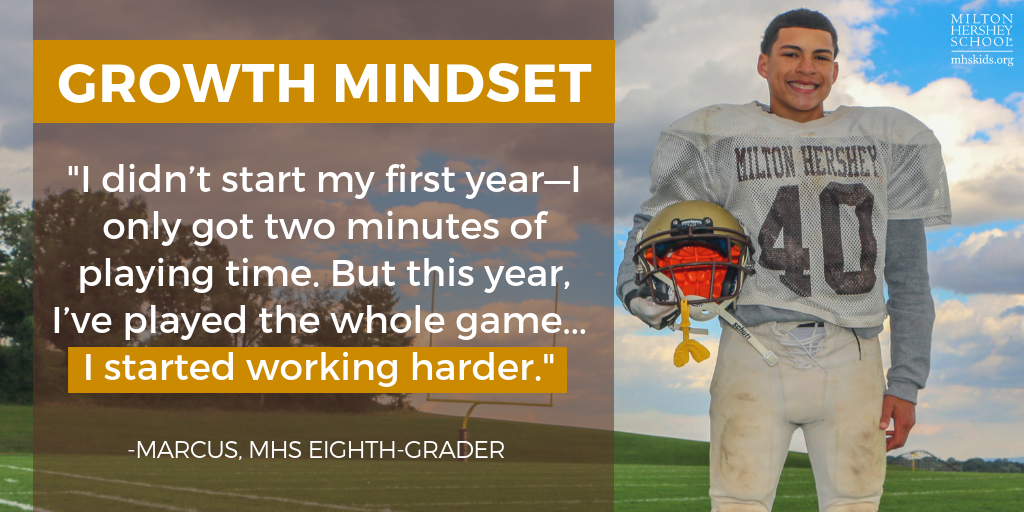 Milton Hershey School’s athletic programming helps students learn how to maintain their health and wellness and act with sportsmanship and respect. Through a school-wide character and leadership development program, students have the tools and support they need to develop physically, mentally, socially, and emotionally. 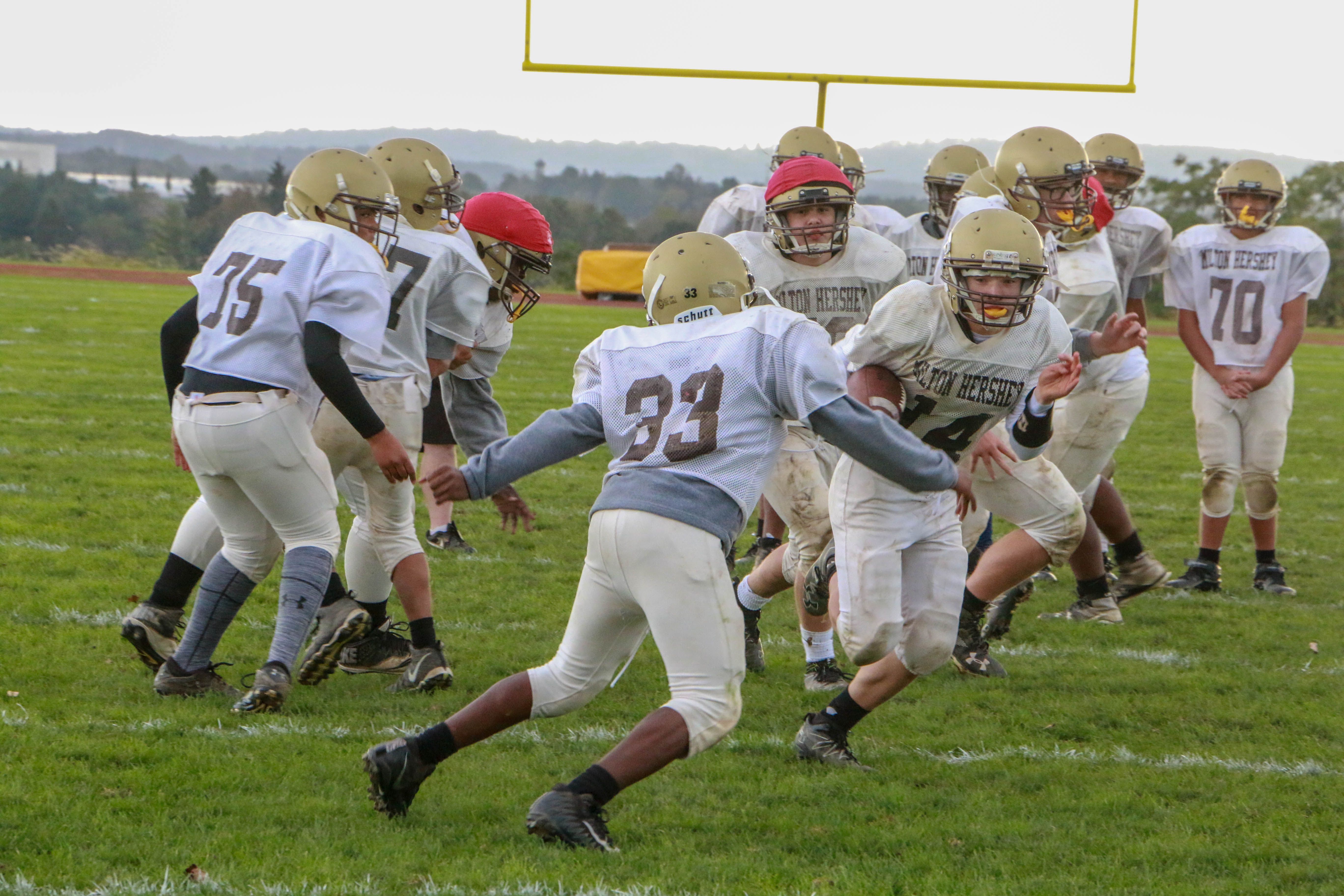