As a rising senior at Milton Hershey School, Gabby is spending her summer building connections with local government officials and making a difference in her community through her internship at the Governor’s Office. 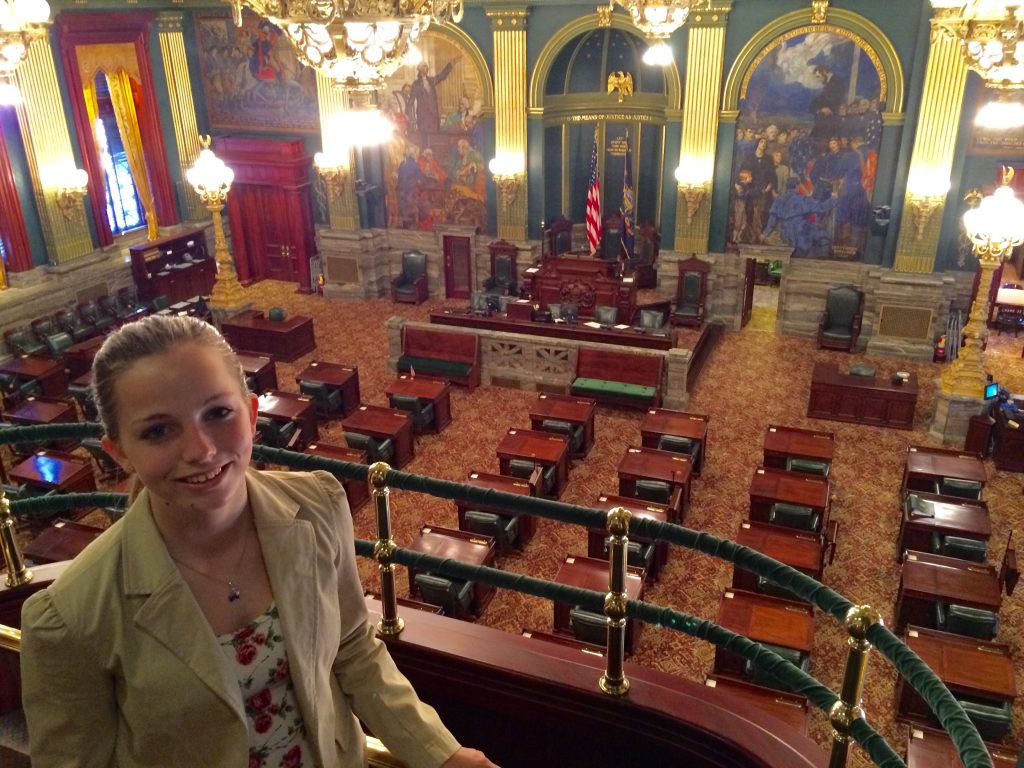 Gabby standing in the Senate

Gabby began her internship with a strong understanding of different departments within the government, thanks to the Law, Public Safety & Security career pathway and her AP Government class at MHS. Through her internship, she has been able to demystify concepts she learned in class that initially seemed confusing—such as understanding the Cabinet and Bureaucracy and seeing how different aspects of government work together.

“MHS has definitely prepared me for this internship in more ways than I can imagine, from surrounding me with people who encourage me to making me more mature and independent,” she added.

Some of Gabby’s responsibilities included compiling the biographies of commissioners and writing briefs for meetings with various government officials. She also learned that work in the Governor’s Office is not always project-oriented—it’s more about building connections with people. Gabby had the opportunity to meet many influential officials including Governor Tom Wolf (pictured above), Federal Judge John Jones, General Counsel Denise Smyler, former Secretary of Human Resources Beverly Mackereth and Representative Kerry Benninghoff. 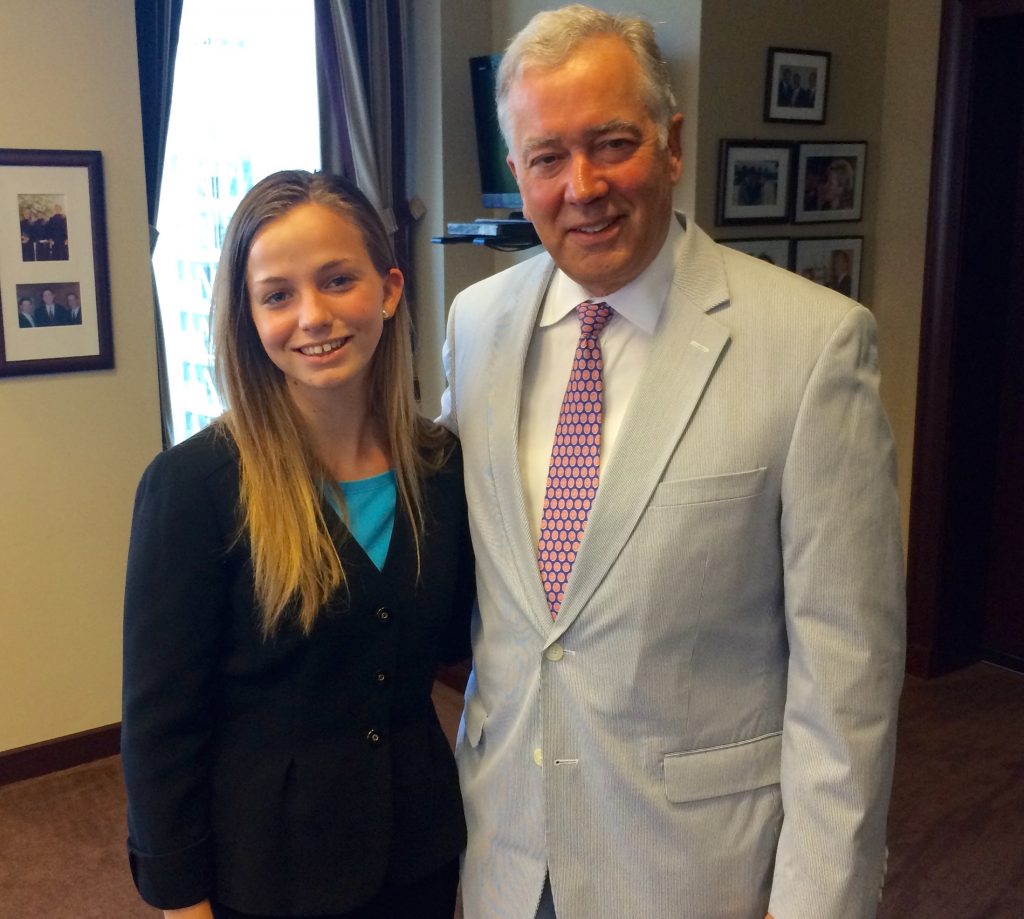 “[This experience] made me realize I’m going to need advice from people to help me get to where I want to be,” said Gabby. “It also helped me establish that I definitely want to work in Foreign Service someday.”

The internship also taught Gabby that the workplace isn’t always clear-cut and can sometimes get hectic. She learned to appreciate constructive criticism and perfected her public speaking skills by trying to avoid stuttering and saying words like “yeah” and “like.”

Gabby plans to carry the lessons she learned at the Governor’s Office with her during her daily interactions at MHS.

“I’m really inspired by the people here and everything they do to make a difference in their community,” Gabby said. 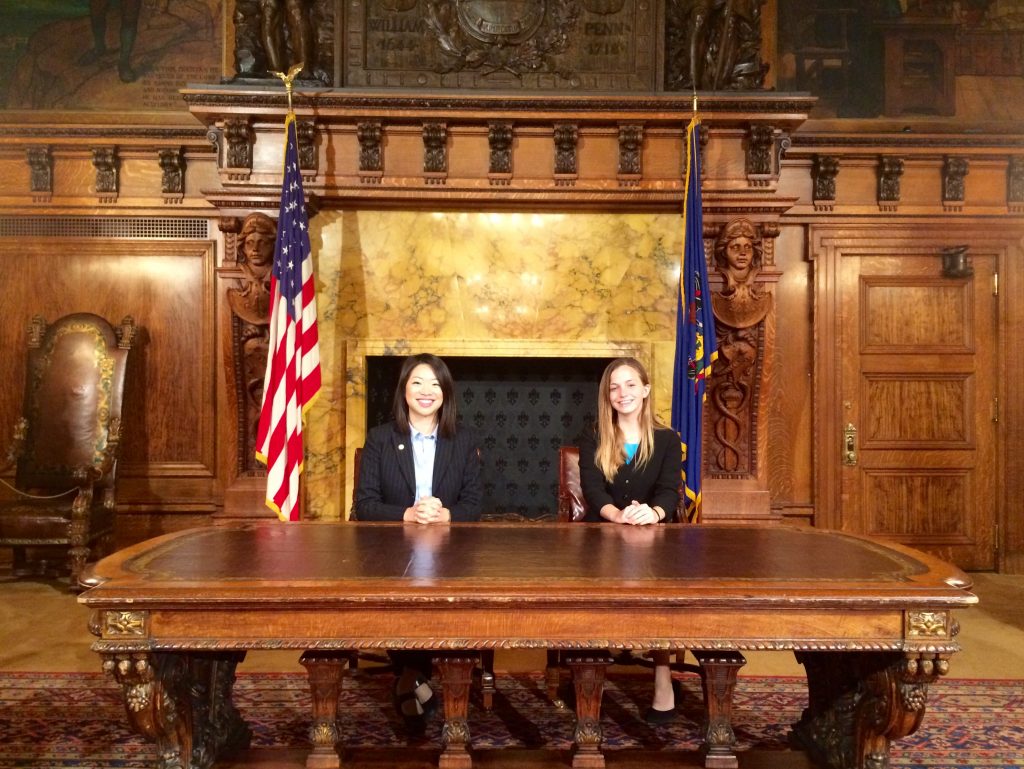