Throughout Milton Hershey School history, the Christmas season has been a busy time with many rich traditions including pageants, programs, parties, and caroling—and even the occasional box of candy from Mr. Hershey.

See how our Christmas traditions have evolved over the years:

The earliest program on record is Christmas Eve 1912, which featured songs and recitations from the youngest to the oldest students. The first full pageant was held in 1933 on Christmas Eve morning, and it replaced the regular Sunday morning worship service. In later years, the program was presented in the Junior-Senior High School Auditorium and at the Hershey Theatre for the public. 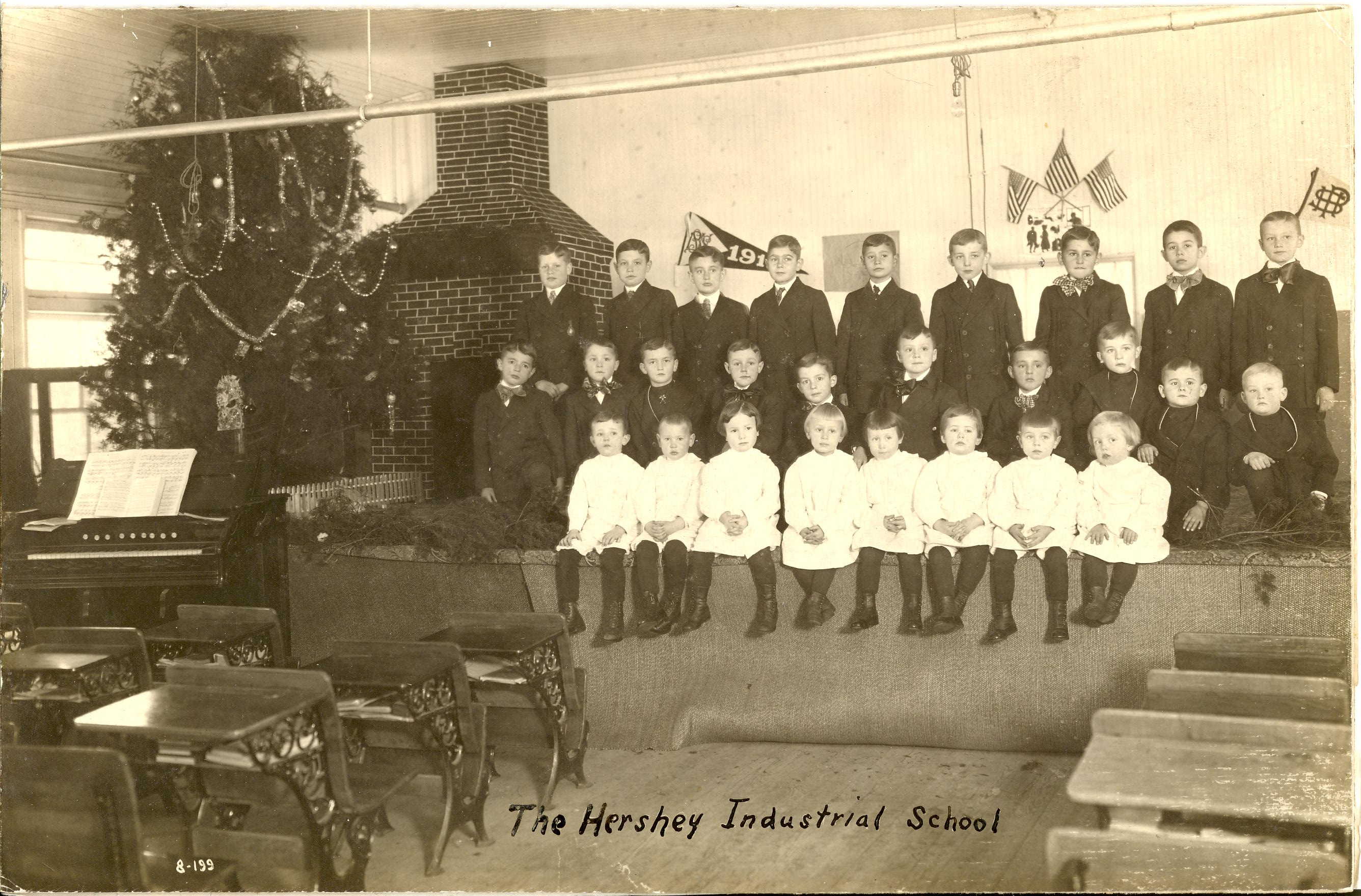 In 1940, for the first time, two performances were given. One was for students, parents, and friends, and the other was for the general public. That year’s pageant was different than previous years because it did not begin with a traditional Christmas scene.

Instead, the setting was a group of people in England listening to the war news radio broadcast while waiting for the regular evening air raid. The scene depicted the group discussing how they were finding God in the war-torn city. The background music for this moving scene was a student quartet singing “O Little Town of Bethlehem.” 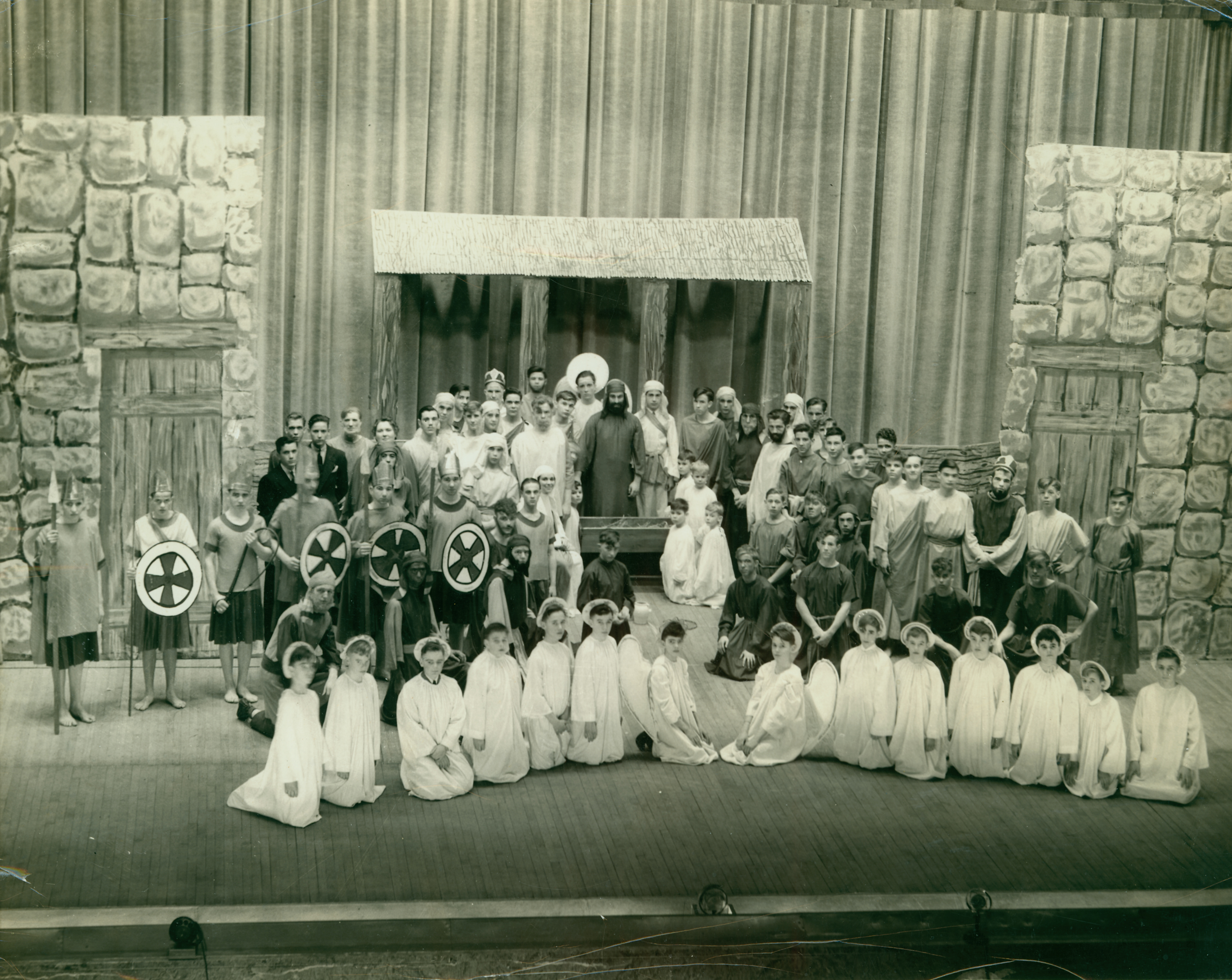 Throughout school history, student homes have celebrated the season by decorating and shopping. Many homes have their own traditions of a train under the tree, baking cookies, making candy, or reading “A Christmas Story.”

Visitation has changed over the years, but for a large part of the school’s history, students visited home only during the summer months. Students stayed at the school to celebrate Christmas as seen in this photo of student home Java in 1950. Family members visited students and brought gifts if possible. The houseparents also ensured that each child received a Christmas gift. Like many families, some homes even had traditions of how the gifts were distributed—for example, in the 1930s, boys from farm homes Pinehurst and Edgemont dressed up as Santa to hand out gifts. 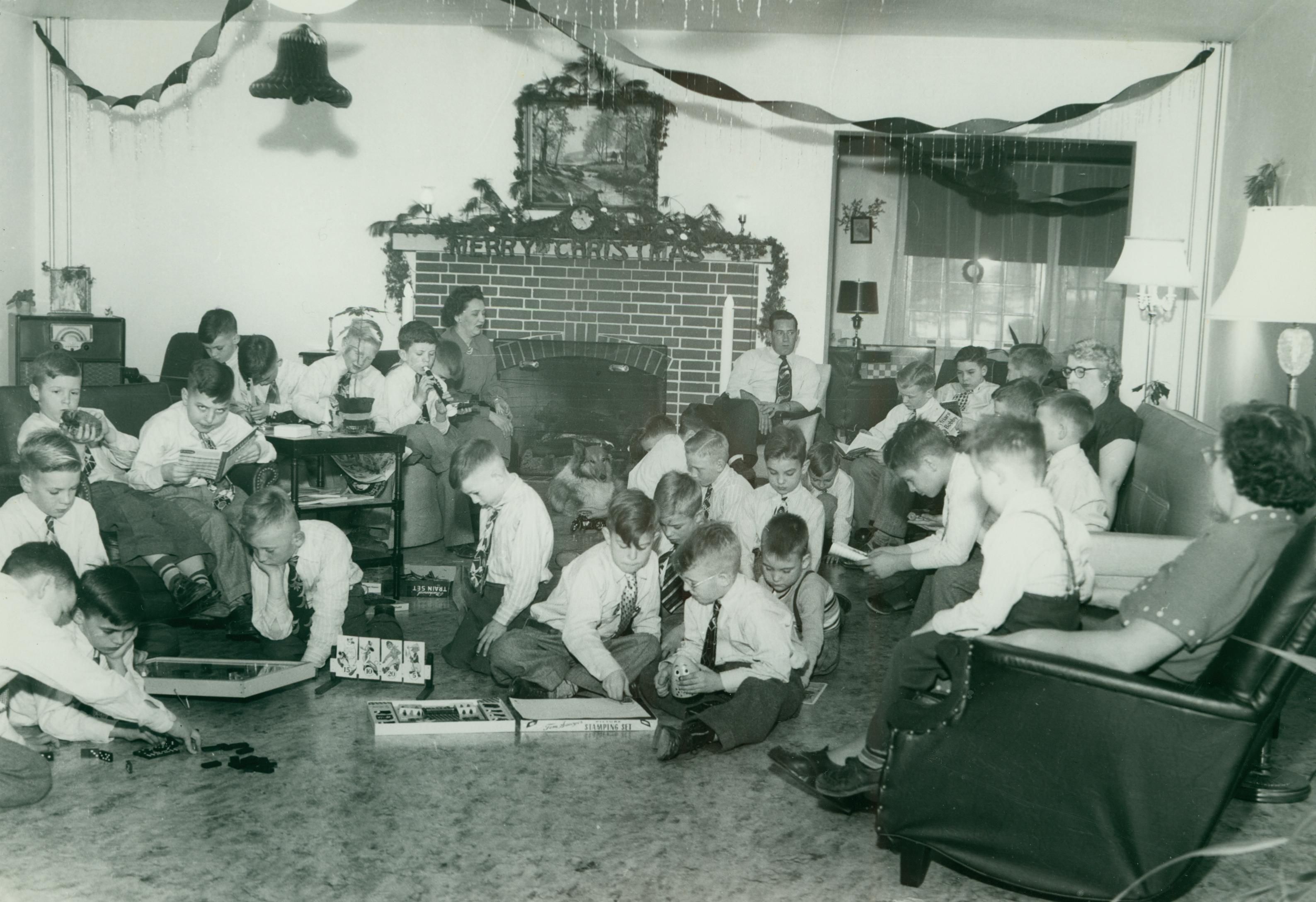 In the farm homes, chores had to be completed and the cows had to be milked before any Christmas festivities were enjoyed. The day began with the bell ringing at the usual time, followed by the barn work, breakfast, chores, and finally, presents.

After opening gifts, a large Christmas dinner was the highlight of the day. According to an article about Christmas 1935 from The School Industrialist, the growing boys of Applehurst consumed three turkeys for their dinner! 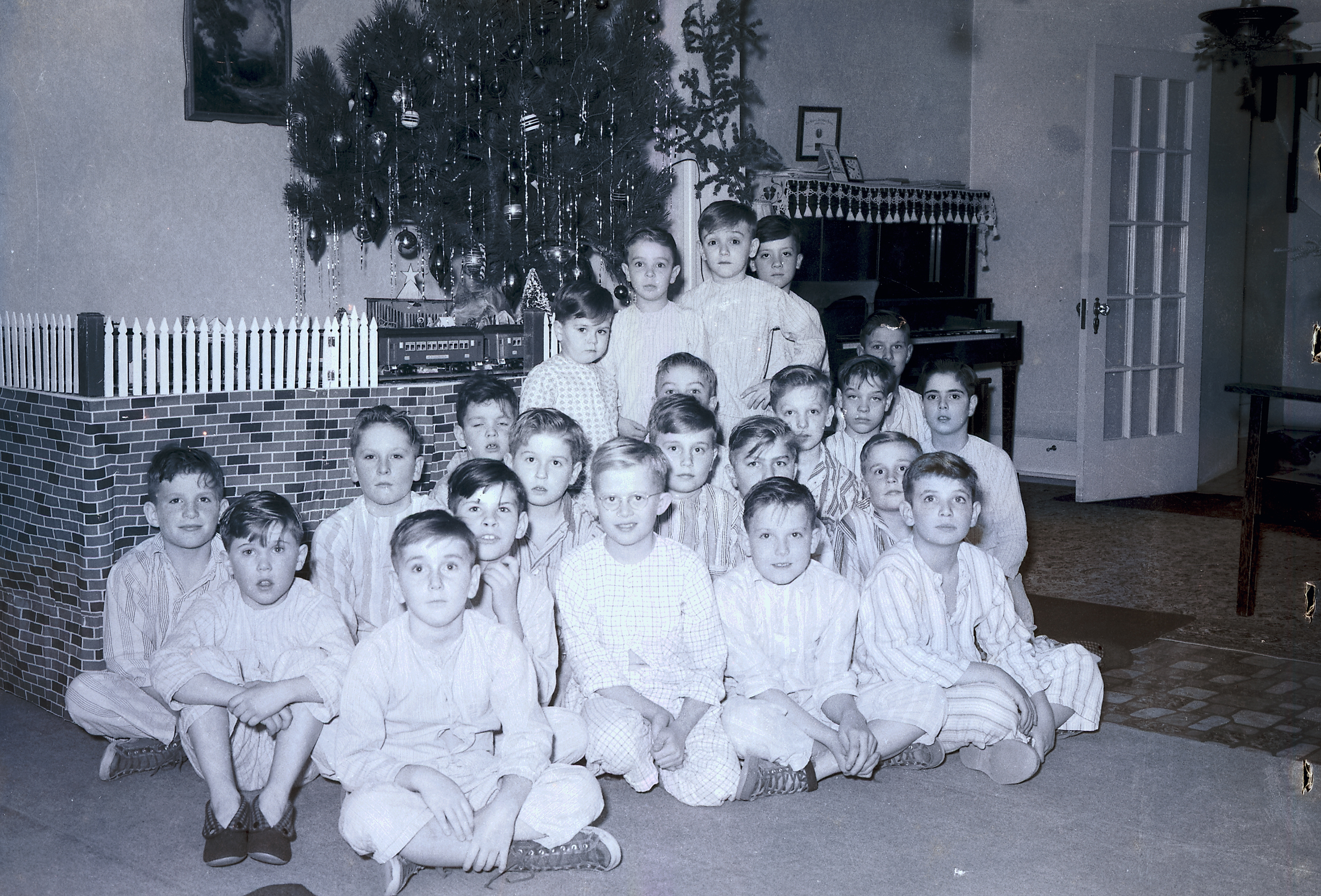 Caroling is a part of many alumni Christmas memories. In the early days, students would go to High Point Mansion—the home of Mr. and Mrs. Hershey—and sing for the founders.

In his book, “The Life of a Homeboy,” alumnus Dr. Clark Hobby ’47 shares a poignant memory of going to the mansion with the Glee Club to sing carols for Mr. Hershey in 1944. The group stood in the circular foyer and sang up to Mr. Hershey who was standing at the top of the staircase. They knew he was pleased with their singing “by the sparkle in his eyes and the smile on his face.” 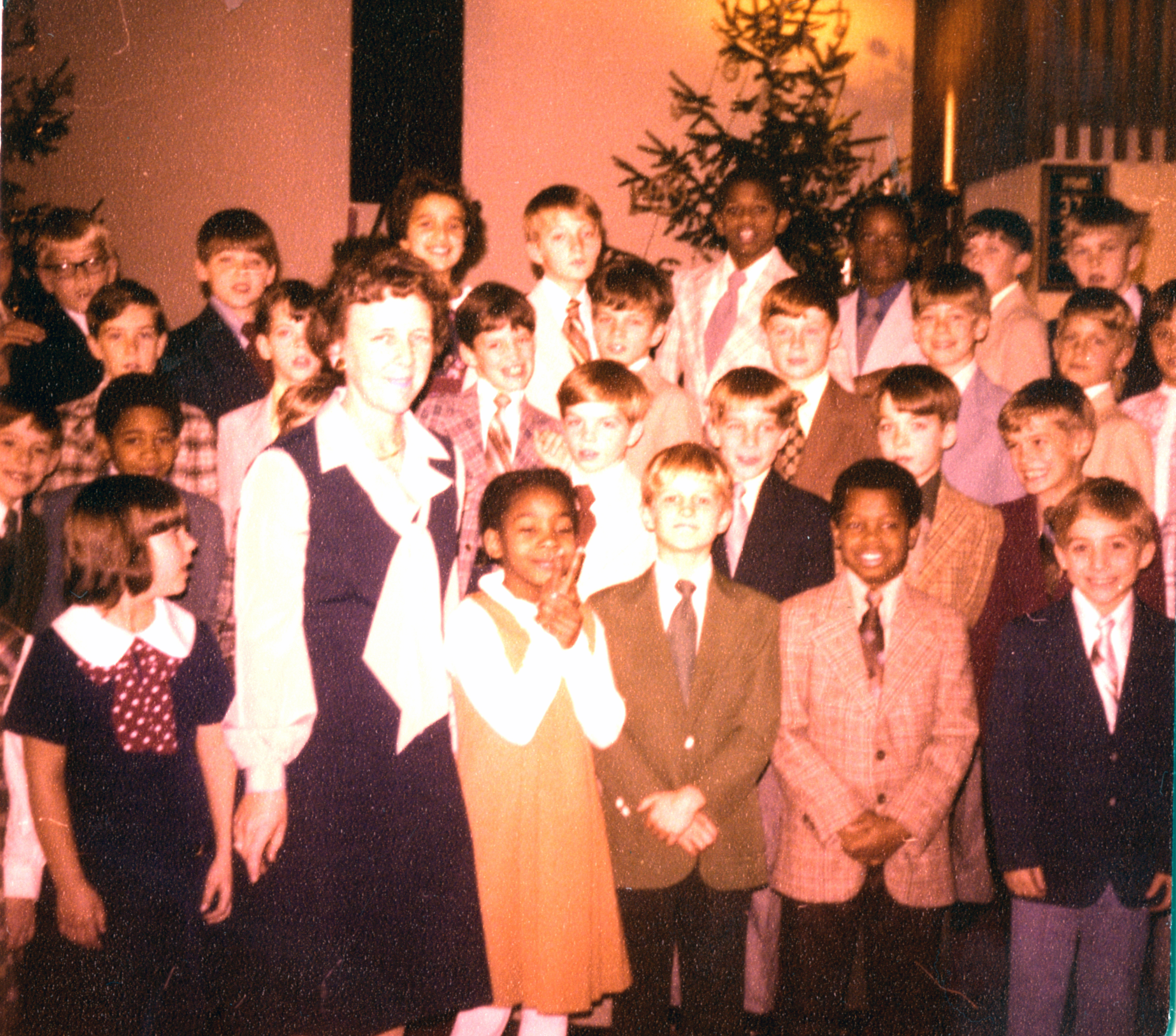 Candy was a large part of Christmas memories for early students—each was treated to a delicious box from Mr. Hershey.

7. Christmas in the Health Center

Over the years, some students were ill and had to spend Christmas in the school’s Health Center. However, these students were not overlooked by the rest of the community. Christmas trees and decorations were set up to bring holiday cheer. The Boy Scouts and Christian Knights also made a point to visit students who missed out on their student home’s festivities.

For the last seven years, a Christmas party organized by employees is held for the children who remain at MHS for Christmas. They receive gifts and a visit from Santa, reminding us that MHS is both a home and a school. 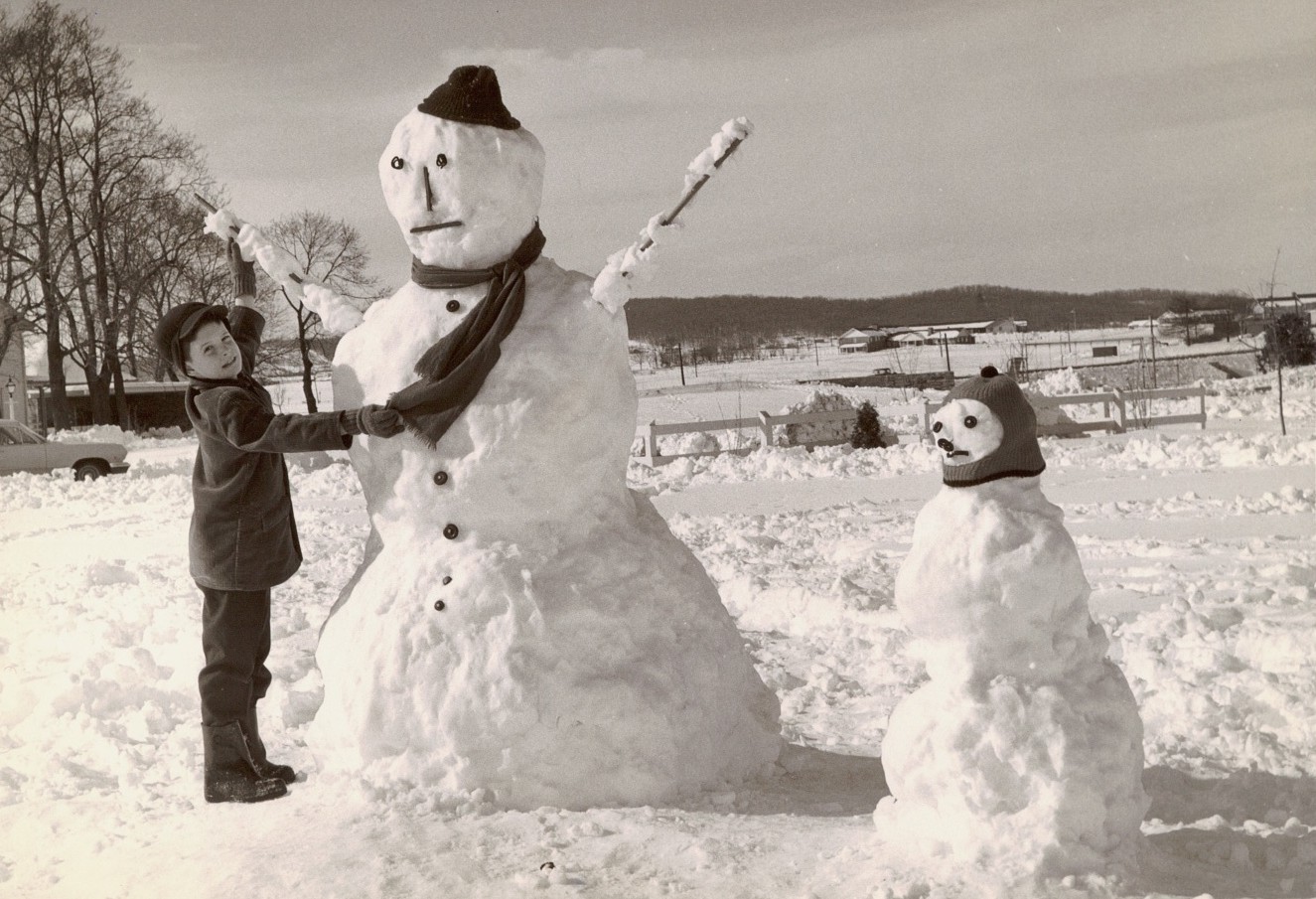 9. The Power of Giving

In an article about Christmas spirit from the December 1950 School Industrialist, Kenneth High ’51 compares Christmas spirit with school spirit. He states that true school spirit is “the giving of ourselves to the school rather than forever expecting the school to give to us … the more you give and do for your school the more you will receive from it.”

This advice, mirroring Mr. Hershey’s outlook on life, is timeless during this season of giving at Milton Hershey School. 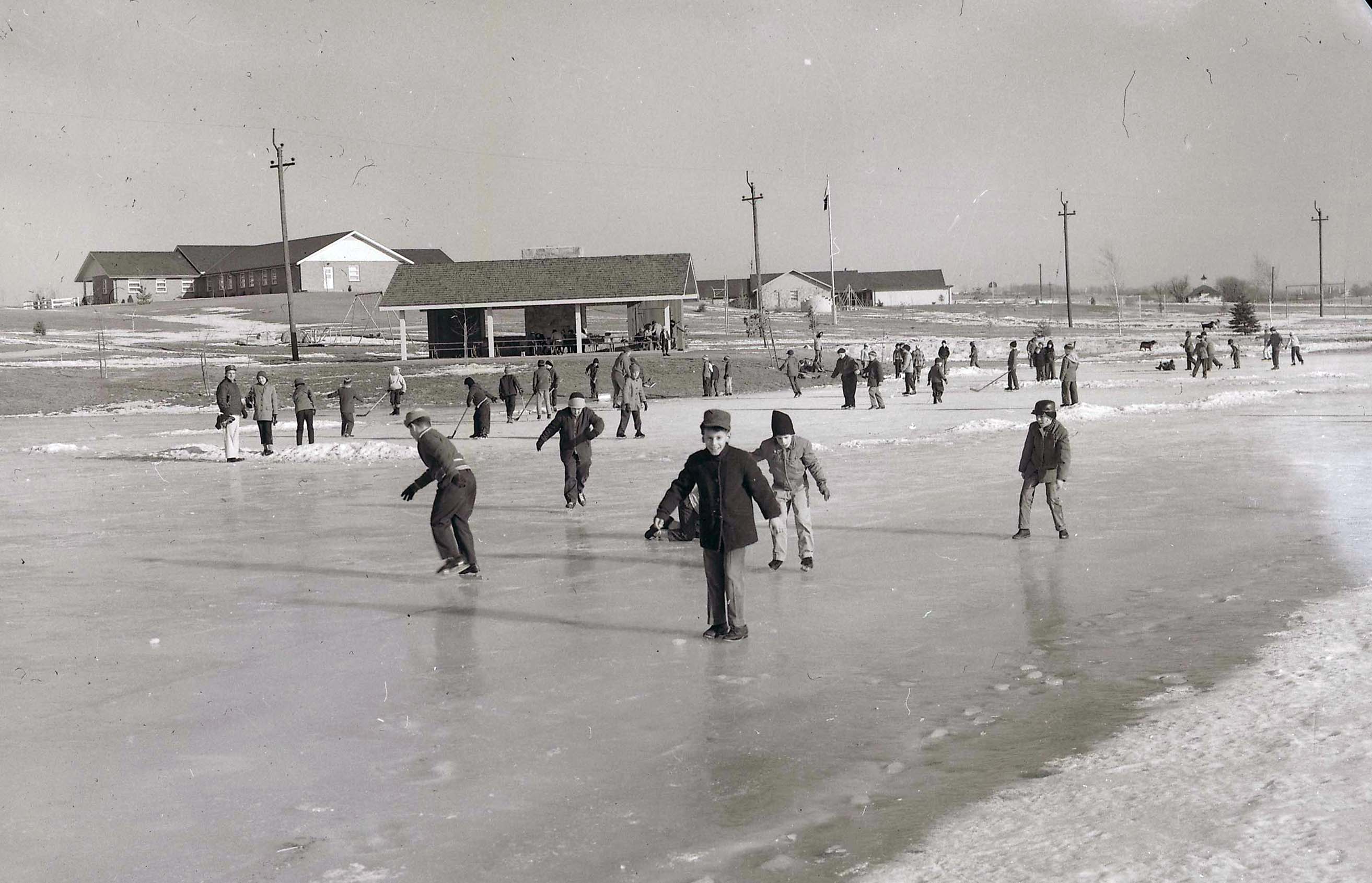