Airplane Mechanics During the 1940s at MHS

World War II affected the country and the Hershey community. Hershey Industrial School, now Milton Hershey School, felt the effects as deeply as the rest of the nation. Many faculty members left their positions to serve and over the course of the war, approximately 1,000 young HIS graduates served their country.

Learn more about how the school prepared students for the war with technical skill-building and a unique aviation program. 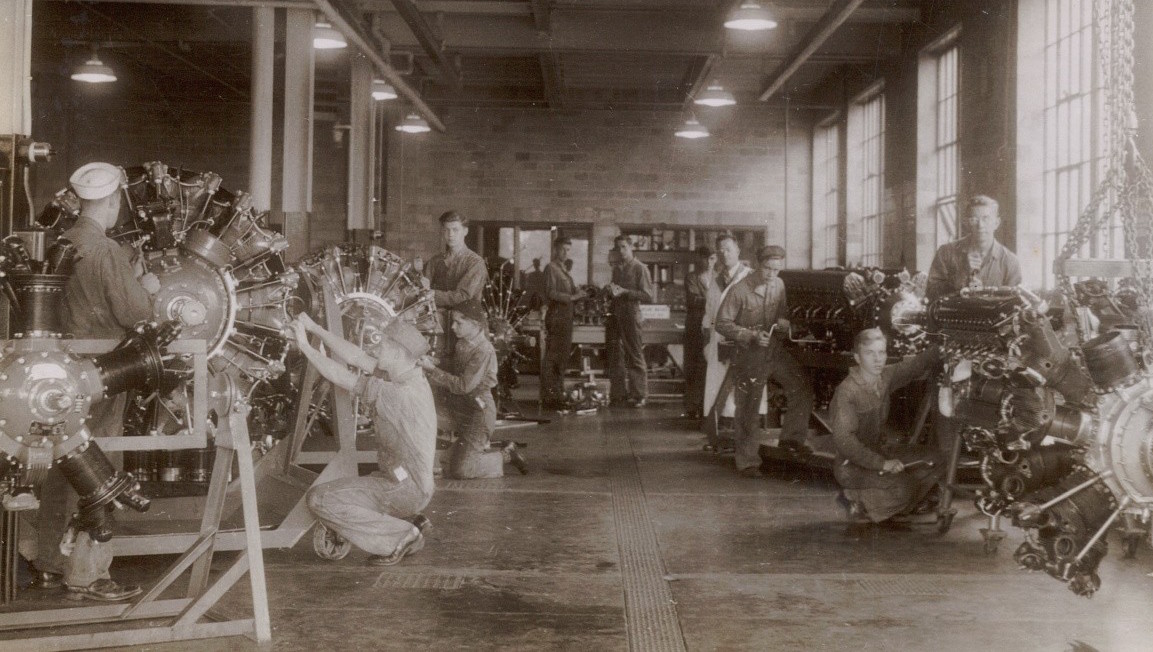 Shortages of materials and travel restrictions affected the school’s curriculum and athletic programs. Course adjustments were implemented to ensure HIS graduates would be better prepared for defense industry jobs.

For the 1942-43 school year, senior electrician students devoted the majority of their last year studying radio because of the demand for both civilian and military workers in communications. The practice of building a home every year was suspended for the year and carpentry students learned pattern making, still providing them with a marketable skill. Welders switched to sheet metal work, and all of the vocational students helped make repairs in their farmhomes. 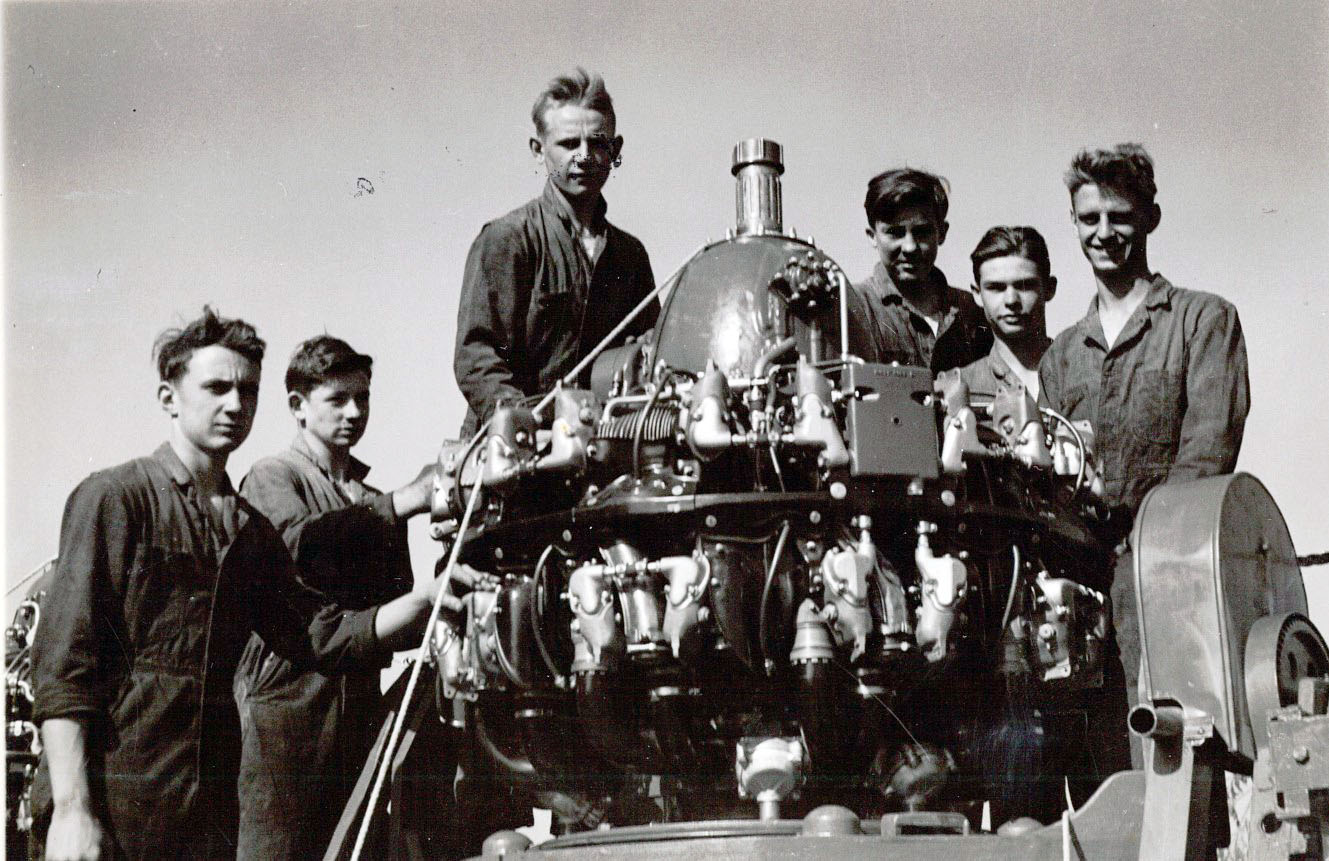 During this time, the vocational shops on campus were transformed into aircraft engine repair shops. Senior welders, auto mechanics, and students in the sheet metal shop transitioned to aircraft work. The school received a donation of a radial Pratt & Whitney motor followed by a large amphibian airplane, the OA3 nicknamed the Duck, and other engines. The student-produced School Industrialist publication reported in November 1943 that the last Pratt & Whitney engine received “was one of the largest types ever built and should offer some interesting work for trainees.”

The aviation program grew with the addition of electrical equipment, radio transmitters and receivers, and aerial photography equipment. An airplane hangar was built down the hill from the school at farmhome Broad Acres. Large enough for three planes, it housed a twin-motor amphibian OA4, a P-36, and an all-fabric LIA. The two Pratt & Whitney engines were completely overhauled in the school engine shop.

In 1944, students completely assembled a Gypsy Moth airplane to see if it could be taxied around the new hangar. Seven faculty members completed Link Trainer instruction at the Harrisburg Airport, which included ground flying training and a half-hour flight. By the spring of 1946, the school was able to have its own Link Instrument Trainer where students learned the theory of flight and principles of flying. 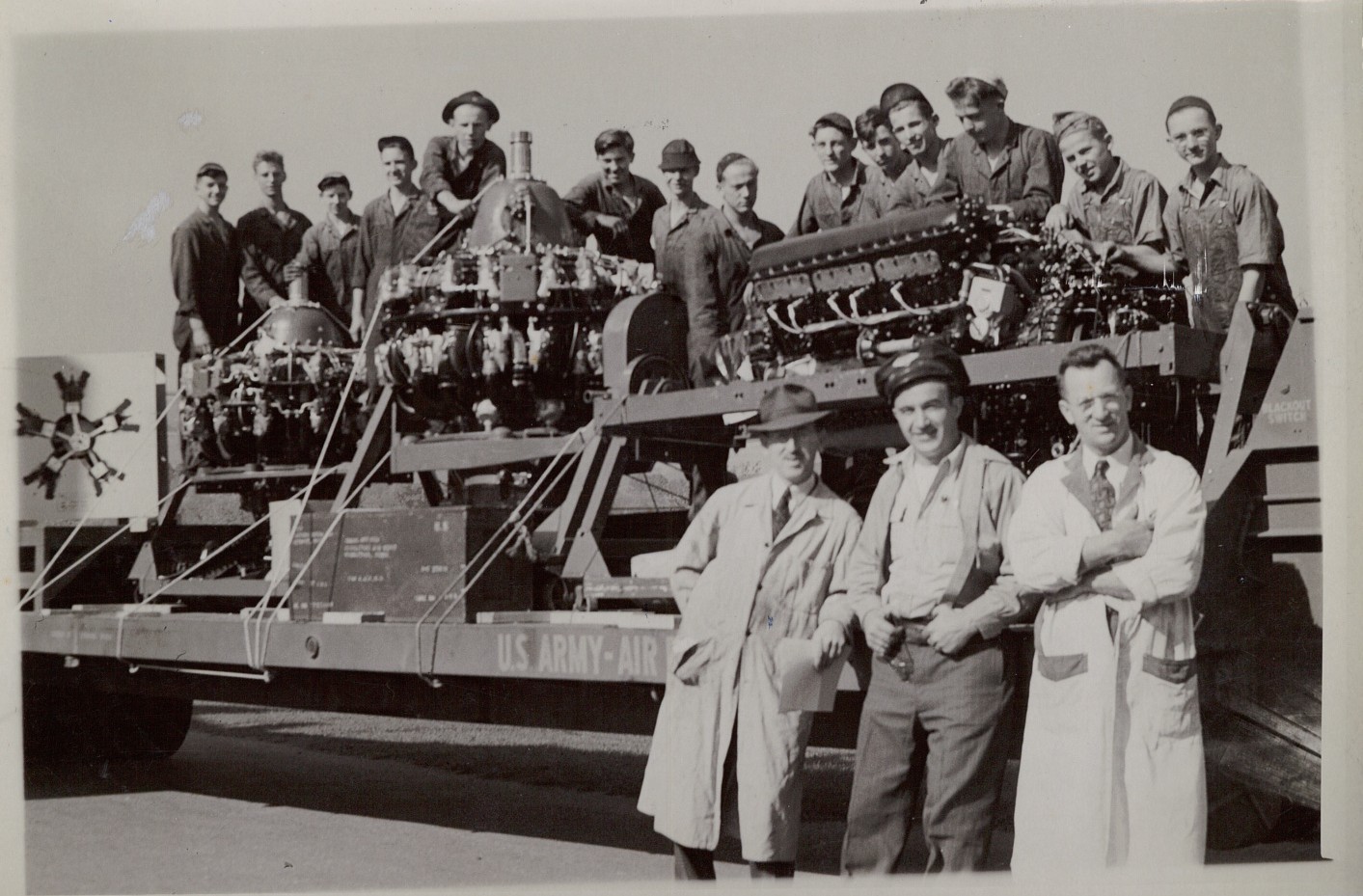 Although aircraft mechanics and training did not remain at the school, the skills and experience greatly benefitted alumni who served in World War II.

When Don Hess ’45 joined the Air Force and informed his superiors that he was trained to repair rotary aircraft engines, they didn’t believe a high school student could possess those skills.

A phone call to the school and a short conversation with the vocational director confirmed that Hess was, indeed, a well-trained aircraft mechanic.

When Milton and Catherine Hershey founded the school, hands-on learning was the cornerstone of their approach to education. Today, Milton Hershey School’s Career and Technical Education (CTE) program continues to provide students with technical training in one of 11 career concentrations. Through specialized classes, hands-on instruction, and industry-recognized certifications, students are preparing for the workforce, military, or higher education. 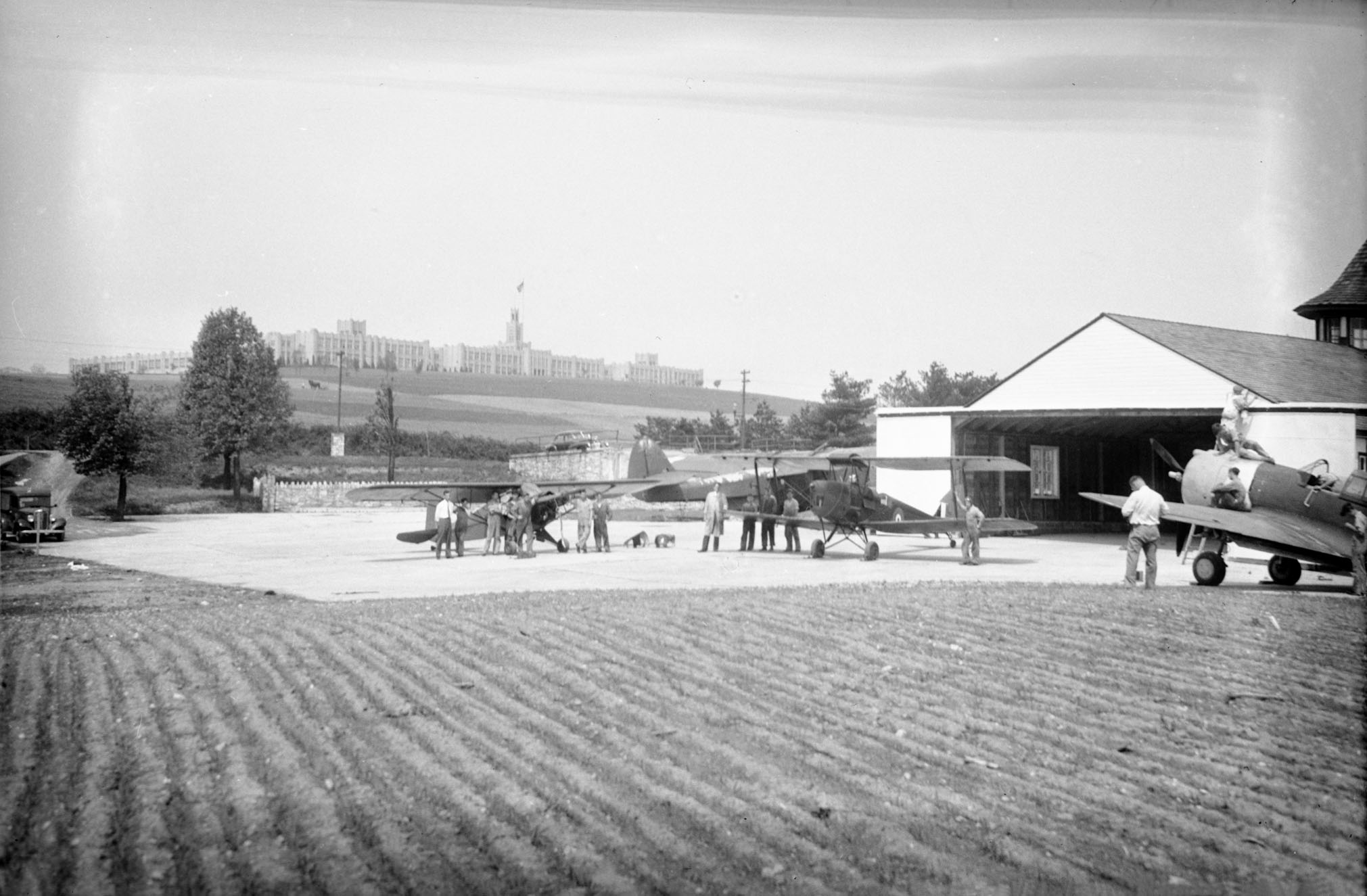