When Mason Symons ’07 enrolled at Milton Hershey School, he described himself as an “angry kid.” Thanks to wrestling, he quickly found his place on campus and learned what it meant to be an MHS Spartan.

“I was an angry kid. I had a really rough life growing up,” said Symons. “[I’ve] been through a lot of things that kids my age shouldn’t have been through, but wrestling was my escape.”

Wrestling taught him to be resilient and strong during matches. Symons also was determined not to lose in front of his peers due to the loyalty he has for his MHS family—another characteristic associated with the Spartans.

During an all-school assembly, Symons gained another important life lesson from Christopher Reeve, the featured speaker. Reeve was an actor who achieved stardom for playing Superman before getting in a horseback riding accident and becoming a quadriplegic. Symons reflected on Reeve’s speech for weeks and took away lessons that would stick with him forever.

“That was one of my pivotal times in high school,” Symons explained when reflecting on the assembly. “[I learned] don’t take things for granted, don’t be lazy, do what you need to do, and don’t complain about it.” 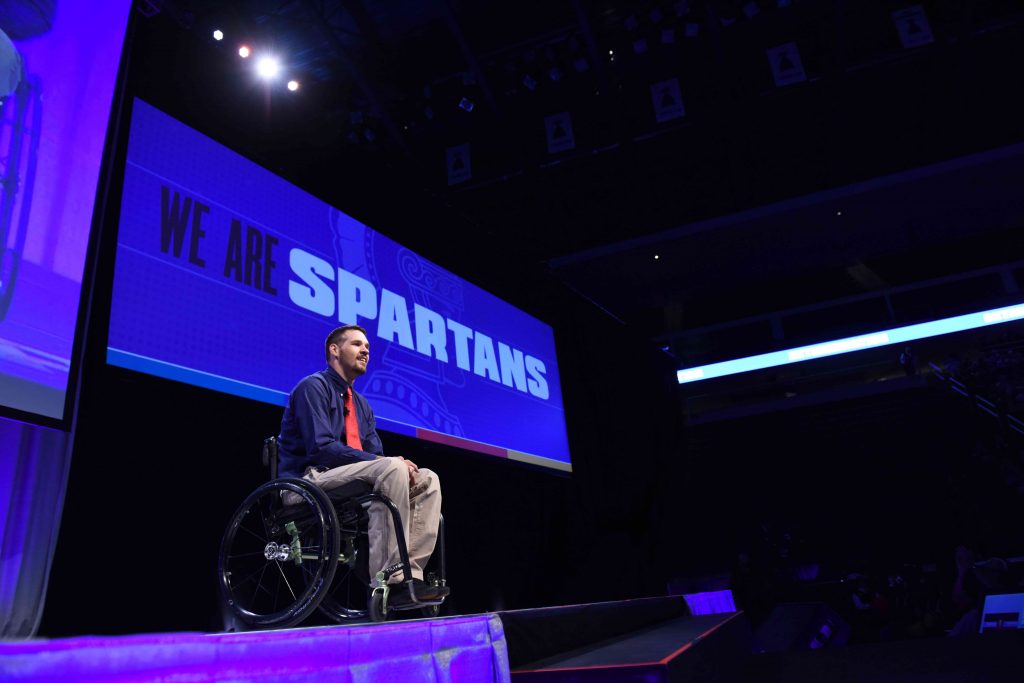 Symons graduated from MHS in 2007, and two years later, he found himself in his own type of accident. On May 15, 2009, he was injured in a severe motorcycle accident that caused him to hyperextend his spine.

“I believe everything happens for a reason,” Symons shared. “Wrecking my motorcycle put me on a different path and a different journey.”

Facing multiple challenges after the accident, Symons refused to lose sight of his purpose and constantly displayed the level of determination MHS Spartans know so well. He now plays wheelchair rugby, an adaptive athletic sport that’s a cross between rugby, basketball, soccer, and football. It is the only full-contact wheelchair sport in the world. Joining the Texas Stampede quad rugby team has been a life-changing experience, and Symons is now training for the Paralympic wheelchair rugby team.

“Even when the odds are against you, [Spartans] don’t back down and never accept defeat,” said Symons. “[We] adapt and overcome…fight for what’s right because life isn’t just about you. Life has just begun.”