For William Brewer, father of two Milton Hershey School students, offering his children a top-notch education was not a wish, but a necessity. His son, Austin, was attending their local middle school in Belle Vernon, Pennsylvania, when he was approached by a guidance counselor about MHS. William knew he found what he was looking for.

William, who is the sole provider of his two children, Austin and Haylee, found the educational and explorational opportunities at MHS to be exactly what his family needed. With greater opportunity on the horizon at MHS, he enrolled Austin at the start of his freshman year, placing more than 200 miles between him and his son—the most selfless and brave decision a parent can make.

“It broke my heart to leave my kids at MHS, but I knew that they had to be there for a better education,” shared William. “To me, education was more important than anything.” 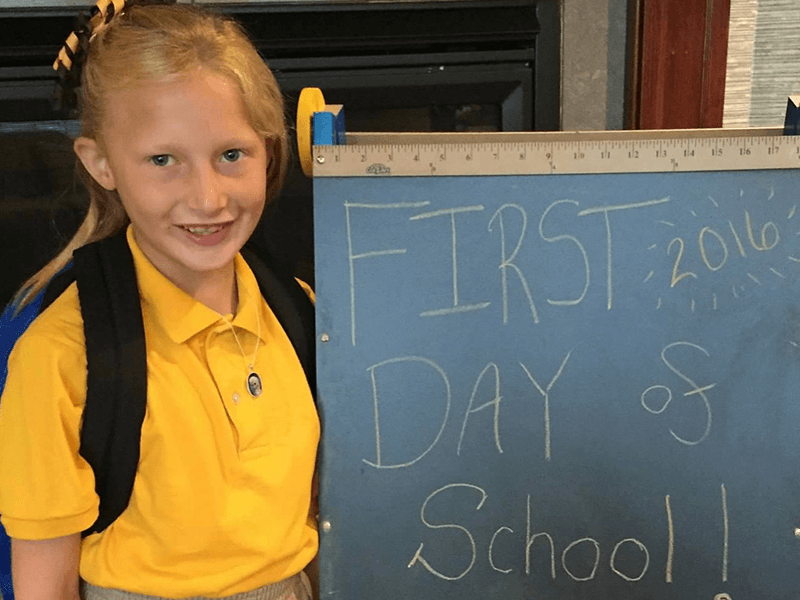 “I’m always impressed by how well the houseparents communicate with me,” William shared. “Whenever Austin and Haylee would go to the doctor or the dentist, I was made aware and was able to make important decisions for them.”

Before graduating from MHS in 2018, Austin took every opportunity to learn the skills he would need to start his career working on machines. Through the school’s robust Career and Technical Education program, Austin received hands-on training that served him well. Upon his graduation, Austin enlisted in the military prior to taking a job on an oil field in Western Pennsylvania, where he currently works.

Haylee, who enrolled in Elementary Division, is now thriving in Middle Division, taking every opportunity in front of her. She has benefited from the individualized attention and education that MHS provides its students, helping her to succeed inside and outside the classroom.

William makes the three-hour trip to see Haylee as much as he can and enjoys seeing the impact that MHS has had on the lives of the people he loves the most.

“If families have the opportunity to send their children to MHS, they should, because the school is the best thing that ever happened for my children and my family,” he shared.

Learn More About Enrolling Your Child at MHS

Milton Hershey School celebrates all father figures, including housefathers, this Father’s Day. Thank you for all that you do for our students!